A Miscellany Of Bad Advice Offered By Christians 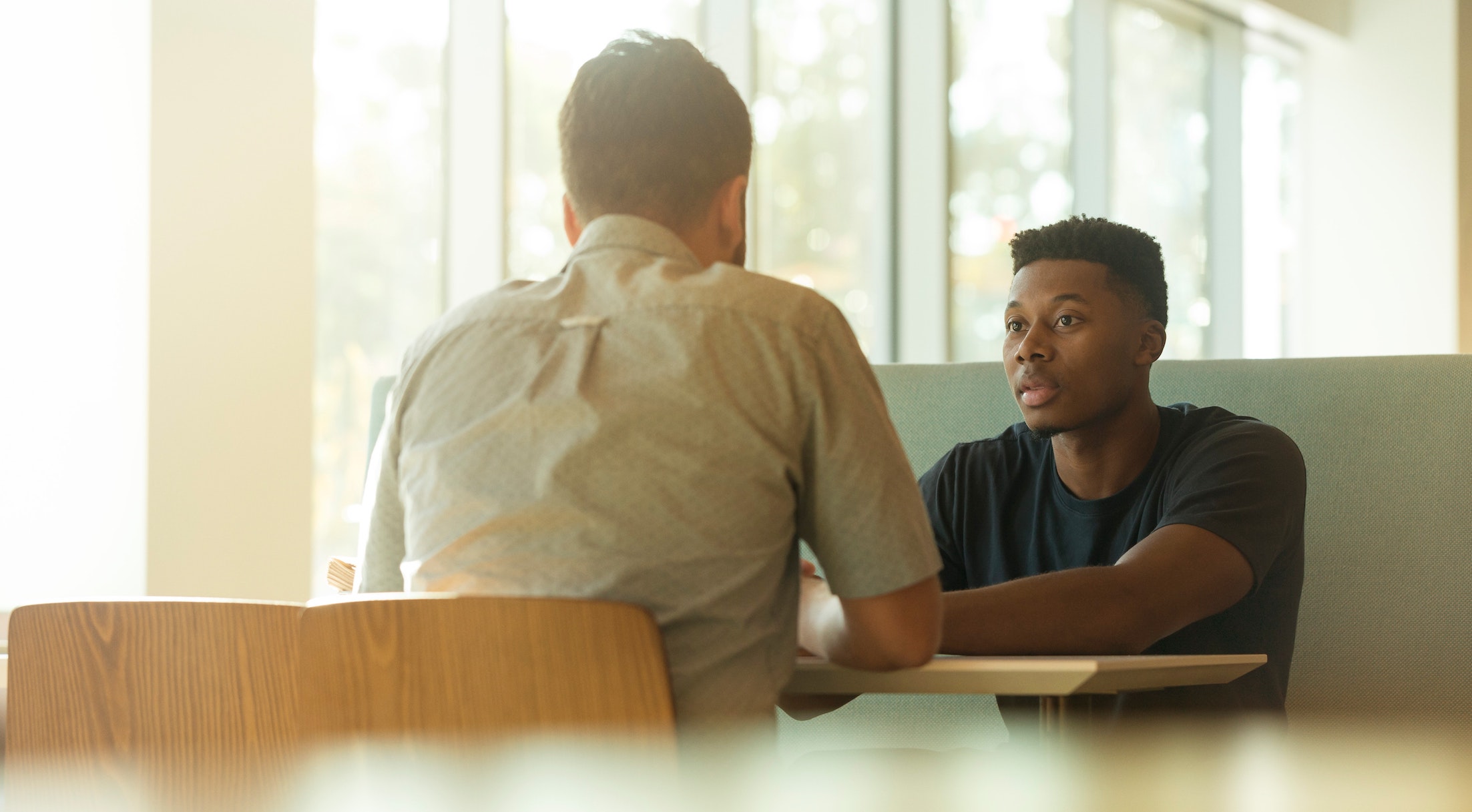 A few weeks back, Tim Challies put together what became a very popular article: 40 Random Pieces of Advice for the Christian Life. His rationale for writing it was that, “Not every idea is worthy of an entire article. Hence, this one contains a long list of brief, random (and unsolicited) pieces of advice for living the Christian life.” Reflecting on that article I had a few thoughts. Paramount among them was this: I’ve heard a lot of bad advice for living the Christian life. Worse still, I’ve offered it.

Like me, I’m sure you’ve benefitted from wise Christian counsel. You’re grateful for advice you’ve received from mature believers and older saints. However with hindsight you’ve also very likely revisited other advice and recognised it for what it was: bad advice. Now since Challies has the good advice covered, I decided to solicit bad advice offered by Christians. Below are some of the best—by which I mean, worst—responses, which I’ve arranged into a miscellany of bad advice.

Perhaps the best places to start is with two remarkably common and entirely contradictory old chestnuts. The first says, “follow your heart.” The second comes in a variety of expressions, such as “let go and let God,” or “give Jesus the wheel.” Toggling between these, Christians can indulge their whims and then throw their hands up in the air when it’s time to take responsibility for something.

Next we come to what one my my friends calls the ‘Romans 8 treatment.’ This too abounds in countless forms, particularly motivational quotes on social media. So another friend replied when I was soliciting examples of bad advice, saying that during a particularly difficult season in his life he was told: “Be grateful for the bad things that are happening because God is mysteriously using them.” Thus Jesus, who loved using his surrounds for object lessons, is rumoured to have said: “Trials are merely dark clouds, pregnant with precious water.”

I could’ve probably written an entire series of blog posts exploring the bad advice pertaining to singleness and dating. My personal favourite was this pearler from a youth pastor to a teen: “Date as many people as possible so you know what you like.” Who says youth pastors aren’t real pastors?

Similarly, one woman shared how she was encouraged by the leaders of her youth group to date a guy who was backsliding in his faith. Because we all know that the best way to treat the God-shaped hole in a teen’s heart is to stuff it full with an awkward teen romance. That’s why my favourite verse from the Proverbs goes something like, “Flirt to convert.”

Another standout example was the very necessary correction of Paul’s teaching on contentment (Philippians 4:11) and singleness (1 Corinthians 7:8). A very good friend in her early 20s made the mistake of mentioning that she was finally learning to be content in her singleness. Upon hearing this, an older Christian woman urged her to be prayerfully discontent, both asking God and actively looking for a husband. Post haste. God forbid remaining unmarried. Who will be your loving companion in eternity?

While we might laugh at the examples above, this last one really upset me. In urging Christians to abstain from sex until marriage, one guy friend was told: “Guard your virginity, because no one wants secondhand goods.” In addition to this, my friend was warned that he should be careful not to end up marrying secondhand goods either. Secondhand books? Yes. Cars? Sure. Clothing? Maybe. Body parts? “By no means!” (Romans 6:2). Furthermore, all of us are familiar with that time in the Old Testament when Yahweh discovered Israel’s idolatry and set out to find new nation, with unstained purity.

As with dating, I was overwhelmed by the offerings of bad advice pertaining to marriage—as well as sex (see next section). For starters, many people—and particularly men—said that they were encouraged to marry young in order to avoid sinning sexually. After all, “It is better to marry than to burn with passion” (1 Corinthians 7:9). And once you’re having sex with your spouse it’s only natural that sexual sin, temptation, and discontentment cease to be struggles.

Then there are those who trash the notion of compatibility in marriage. This has various expressions. I can remember being told as a young Christian that the only questions I needed to ask about a potential spouse were: is she of the opposite sex, unmarried, unrelated, and a genuine believer? If you can say ‘yes’ to all of those then you’re compatible. Boom. Put a ring on it. And, “If you can’t figure out who to marry, draw up a list of the ten most godly women you know and ask each of them out until one says ‘yes.’”

Finally before I married my wife she had a handful of close male friends. She enjoyed a clutch of very meaningful mixed-sex friendships. But an older Christian woman took her aside one day and told her that this couldn’t continue once we were married. For I would be the only male friend she needed. I mean, I am all that and a bag of chips. Plus, we all know that close friendship is only ever one very short step away from sexual attraction and adultery. Right?

So we arrive at sex, a matter teeming with bad advice. A friend once told me that in marriage preparation their pastor suggested that he and his fiancé have a little more to drink than they usually would for the first night of their honeymoon. You know, to take the edge off. Let go of those inhibitions. Plus, it’s been well proven by Hollywood that the best lubricant for sexual intimacy is liquor.

Secondly, something I’ve heard from many corners: “If you’re married then you must at least attempt to have children.” In other words, deliberately childless marriages are sinful. The purpose of sex is to make babies, lots of them. When you choose marriage you choose children—because, sex. If you get married and don’t give yourselves to having children it can only be because you’re selfishly refusing to grow the kingdom of God.

Finally, and most seriously, my wife recalls an older Christian women telling a group of young or newly married women that they should acquiesce—maybe “submit”—to their husbands’ sexual appetite. “If he needs sex three times a week then you let him have it.” As if that advice wasn’t bad enough, she added that sex exists as a service to the male spouse. Therefore whether a woman climaxes during sex is irrelevant.

So, ladies, taken together with the previous paragraph: sex exists so that you can fall pregnant and pleasure your husband. Stop trying to enjoy it, seriously.

I’ll bring this miscellany to a close with two pieces of bad advice pertaining to ministry. The first is the whole notion of working at a higher level in pastoral ministry, increasing the distance between yourself and the rank and file (i.e. church members). This is why Paul writes, “Do your best to work at a higher level. Just as the general does not get entangled in the affairs of the soldier, the rancher does’t pour out his time attending to the bleating of his sheep” (3 Timothy 3:6-7). Only shepherds end up smelling like the sheep. How inconvenient and time-consuming. Didn’t the apostles set apart deacons so that they could devote themselves to something more important (Acts 6:4)?

Secondly, many eager, young believers have probably heard something along these lines before: “If you go into ministry, so does your spouse.” Thus people readily refer to “ministry couples” or “going into ministry together.” Even if the church is only employing one spouse. Crucially, this is usually only applied in the case of a pastor’s wife, but not to the man married to a woman in ministry. So after our son was born an older Christian woman told me that my wife should ensure I get a good night’s sleep before preaching on Sunday mornings. Obviously, she must make sacrifices for my calling, without worrying too much about hers.

So, friends, Romans, 1 Corinthians, countrymen, I’ve come to bury this bad advice, not to praise it. I hope that you will do the same. And I invite you to share more of the terrible advice you’ve been subject to, either in the comments section or privately.

« If Jesus Were 'Wild At Heart': The Gospels Reimagined Doodle: Follow Jesus, Into The Wilderness »
comments powered by Disqus