Can I be Friends with Girls?

Let me start this post with two short anecdotes. Firstly, a couple of years ago I was rebuked by an older Christian man in my church after he saw me sharing a plate of eats with a female friend. His wife also chastised my friend, at another time. Why? Sharing a plate of food was something only a husband and wife could do and who knows how people might have perceived our breaking of bread. Secondly, two years ago I heard the testimony of a visiting pastor. Discussing his conversion he repeatedly mentioned a close friend who the Lord used extensively in bringing him to faith. They would meet up, go for coffees, and chat regularly over the phone. But after becoming a Christian, this pastor called his faithful friend up and said they could no longer be friends. Why? Because this friend was a woman and their close relationship posed a threat to his marriage. 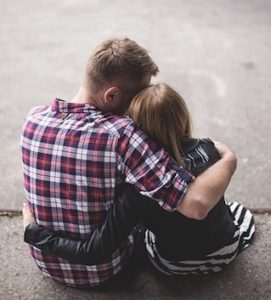 This post is titled with a question: ‘Can I be friends with girls?’ But the more general question or issue I hope to begin answering is this: can we share an intimate friendship with someone that we might grow romantically attracted to? In my case, that is women. Returning to my two anecdotes, the first is little more than laughable legalism and I treated it as such. However the second is more in touch with reality and genuine Christian concerns about adultery or sexual sin. While that pastor shared this aspect of his testimony I felt that his decision was commendable but nothing to celebrate. For example, I struggle with anger on the soccer field and because of it I have periodically refrained from playing. But that is never where I want to stay, on the sidelines, for I desire to glorify God on the soccer field and not simply by avoiding it.

This brings us back to the question of this post, which I am writing as an extension of its predecessor: Six Obstacles to Friendship. After preaching on friendship recently (you can read a summary of that here) I was asked about mixed-sex friendships. And that was not the first time I have been asked the question. I also recently learnt that the question is not unique to our time and has tended towards legalism in the church. In Reading with the Reformers Timothy George paraphrases Martin Luther, “There are legalists who have so tightened the meaning of Jesus' words against lustful gazing that they forbid all companionship between men and women…But Jesus did not call for such sequestration. He distinguished looking and lusting.” Luther went on: Jesus allowed "talking, laughing, and having a good time" with women. To George and Luther’s points I would add the fact that Jesus certainly had close female friends (John 11:5; Luke 8:1-3). Personally, I am with Jesus and - on most points - Luther. 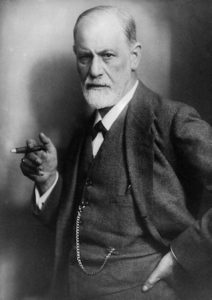 I do understand the caution against intimate and vulnerable friendships between men and women, where one or both are married or even in the case that neither are. It is possible to become sexually attracted to a friend, but then it is also possible I will lust while walking through the local shopping mall. Yet I still go. Gerald Bray notes in God is Love that because Western culture is obsessed with sex there is a suspicion towards close relationships, “It is now much harder than it used to be to maintain friendships, not only between members of the opposite sex (which has always been difficult) but among those of the same sex as well.” In Spiritual Friendship, Wesley Hill goes further and challenges Christians who adopt what we might call the Freudian Myth, “The belief that sex wholly explains the depths of our most profound relationships.” Sex is not the ultimate destination, or trajectory, of love-filled and close relationships, intimate friendships or affectionate companionship. In other words, sexual intimacy is not the aim or outcome of all intimacy.

There is much more I hope to write on this question, because it seems to be one many people are unsure about. In conclusion, let me say again that avoiding deep and vulnerable friendship is a wisdom issue, not a matter of law. When pressed to the extent that I have encountered it among conservative Christians it becomes legalism. The idea that sexual attraction is the inevitable end of intimate friendship between a man and a woman is not a biblical one. Likewise, the desire for close relationships with women who are not my wife is not born from sexual desire. In the church God has created a wonderfully diverse community whereby the differences of its members are a blessing to one another. We should embrace that, with both delight and discernment.