The Myth Of Freedom: We're All Captives 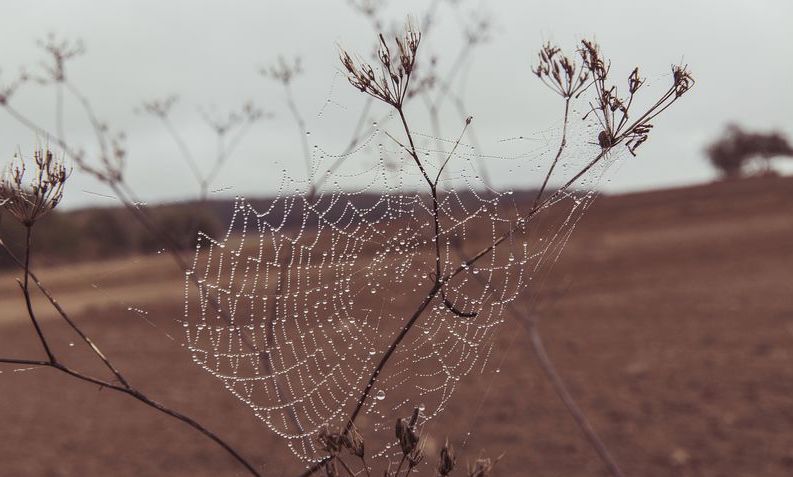 Preaching recently on Ephesians 4:1-16 I noticed something for the first time: Paul’s emphasis on believers being prisoners of Christ. Part of the reason for this oversight is that most sermons on this passage—including my own in the past— laconically preach unity (4:1-6) and diversity (4:7-16), with some application on serving with our gifts. But undergirding that unity and promoting service is the Christian’s identity as a captive or prisoner. Below I will demonstrate this from Ephesians 4, before arguing that every single human being is in fact captive. All we decide in this life is who or what we will give ourselves to in worship and service.

Christians Are Prisoners And Captives

Most of us will be familiar with Paul’s famous opening: “I therefore, a prisoner for the Lord, urge you to walk in a manner worthy of [your] calling” (4:1). Linked with this, Paul later quotes Psalm 68: “When [Christ] ascended on high he led a host of captives” (4:8). Thus following Christ in his triumphant processional are a host of “captives.” Bringing those together is Paul’s use of an uncommon word in 4:3, typically translated “bond.” Interestingly, the root of that Greek word is the same as the one translated “prisoner” (4:1), while elsewhere it has the sense of being captive (Acts 8:23). Thus Christians, says Paul, are not their own. They’re captives, bound together as prisoners with purpose.

It’s easy to see how such an understanding should move us to using our gifts to serve the church. I’ve quoted Calvin before on this theme. He writes, “We are not our own masters, but belong to God.” Recognising that we are prisoners of the Lord, captives of Christ—indeed that God has made us his own (Philippians 3:12)—should loosen us from our typically stingy service of each other and God. Thus elsewhere, Paul writes: “You are not your own, for you were bought with a price. So glorify God in your body” (1 Corinthians 6:19-20).

Everyone Gives Their Life To Something

So what prevents the outworking of our identity as prisoners and captives? One might say that it’s the modern manta of Western individualism. The cultural gospels of autonomy and self-expression. You wouldn’t be wrong. But I think that one of the biggest obstacles to seeing ourselves as prisoners of Christ is that we’re unwittingly captive to so many other lords. Whether these are heart idols or ideologies, all of us are prisoners. All of us spend our lives in service of someone or something.

This is well illustrated towards the end of Chuck Palahniuk’s Fight Club when a character says: “You have a class of young strong men and women, and they want to give their lives to something. Advertising has these people chasing cars and clothes they don’t need. Generations have been working in jobs they hate, just so they can buy what they don’t really need.” Though Palahniuk was voicing existential angst towards consumerism in the 90s, the quote touches on a broader reality: We want to give their lives to something; and we do, whether its religion or retail.

But we’ve been tube-fed the notions of personal autonomy and self-expression for so long that we actually believe ourselves to be free, that I’m doing what I really want to do. Yet on an unacknowledged level I know this isn’t true. It’s a myth. I’m not absolutely free to choose anything I want. For all of us have masters, which dictate how we live—directing decisions, determining priorities, and forcing us to forego many freedoms. So the question is not ‘should I give my life in service to something?’ but, ‘what should I give my life in service of?’ It’s not a matter of if I should choose to have a lord over my life but rather who or what will that lord and master will be.

All We Get To Choose Is What We’ll Worship

Only he doesn’t stop there, for he goes on to critique the gods of our age, the lords and masters we invariably give ourselves to; the forces that hold us captive. He continues, “If you worship money and things—if they are where you tap real meaning in life—then you will never have enough. Never feel you have enough. It’s the truth. Worship your own body and beauty and sexual allure and you will always feel ugly, and when time and age start showing, you will die a million deaths before they finally plant you…Worship power—you will feel weak and afraid, and you will need ever more power over others to keep the fear at bay. Worship your intellect, being seen as smart—you will end up feeling stupid, a fraud, always on the verge of being found out.”

What holds you captive? Who is your lord? What has made you a prisoner? Who or what is it that you worship? David Foster Wallace points out that if we worship the things listed above they will eventually eat us alive. Not only do they fail to satisfy us, forever promising but never delivering contentment, but ultimately they take—rather than offering—life. We pick bad masters. We worship gods that destroy us. The various lords that hold us captive will eventually crush us.

Choose Today Whom You Will Serve

All that’s left for you to do is find a master who truly loves you. A lord that gives life. The Lord who gave his own life. Then, I imagine, like Paul, we might gladly call ourselves prisoners and captives. In an age that blindly believes in autonomy, Christians are those who recognise that all of us are captives. All of us are prisoners. And all we are free to do is choose to whom or what we give our lives in worship and service.