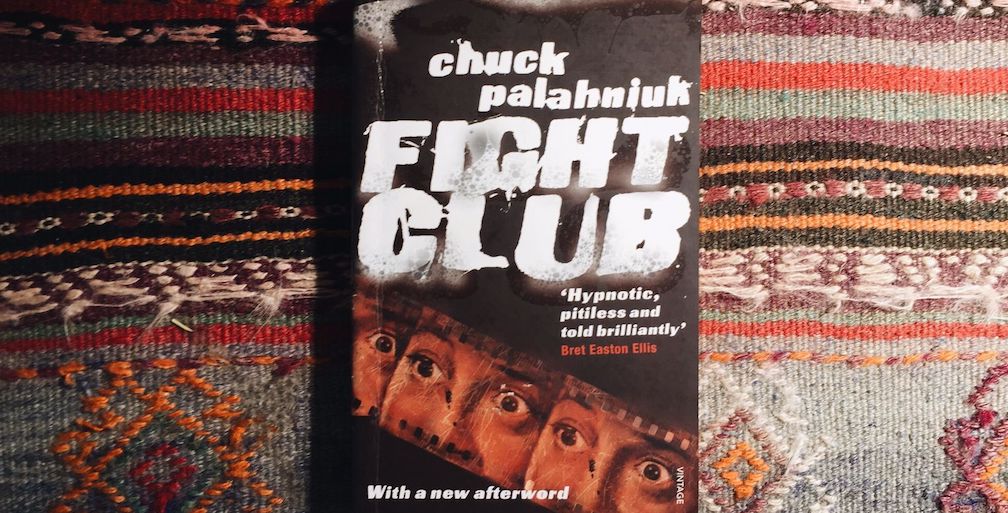 That we are facing unprecedented levels of loneliness and anxiety—among other significant mental health crises—has been well documented. And while we aren’t wrong to identify living through a pandemic as partly responsible for this trend, it would be shortsighted to single the pandemic out as the cause. In my opinion, the past year and a half has for the most part merely compounded existing problems in society and with regards to mental health. What are those problems, you ask? And what is their cause? Well, before I answer those questions I want to turn up a passage from Chuck Palahniuk’s Fight Club.

At one point this existential masterpiece from the late 1990s, Tyler Durden explains why he disapproves of night clubs and partying in general. Don’t worry, it will tie in. Tyler says, “The club is too loud to talk, so after a couple of drinks, everyone feels like the centre of attention but completely cut off from participating with anyone else.” It’s a profound observation, and any honest partier would concur. But that was the 1990s. Each time I reread Fight Club I wonder what we might say that about today, two decades later. I reckon there is only one real contender: social media.

Look at the quote again: “The club is too loud to talk, so after a couple of drinks, everyone feels like the centre of attention but completely cut off from participating with anyone else.” Take away the loud music as well as the drinks and you’ve got a fairly accurate description of social media: everyone believes themselves to be the centre of attention while simultaneously being cut off from everyone else. Let’s be honest: you aren’t using social media for community. Sure, that was possibly the reason you opened a Facebook account all those years ago. Since then, we all felt the irresistible pull of Twitter, Instagram, and TikTok. However, with the advent of each platform and the passing of the years, it became less and less about community—if it was ever truly about that.

But, you will object, social media is all about participation, interaction, and reaction. Perhaps. Only let’s not confuse that with community, anything meaningfully relational or remotely social. Furthermore, let’s not pretend that the thing we desire most is for people to interact with our content. We desperately long for those notifications letting us know that someone liked, shared, or hearted a post. This is what keeps us coming back, even though—as Bo Burnham recently put it—the whole thing is nothing more than a “lifeless exchange of value that benefits nobody, except for a handful of bug-eyed salamanders in Silicon Valley.” The whole economy of social media is absurd, as we trade in likes and follows as part of the greater pursuit of self.

Surely one of the primary reasons we repeatedly open our social media apps is out of the belief that it will provide us with some meaning or significance. Because, and I’m asking you to be honest again, we don’t scroll through Instagram or Facebook with the expectation of encountering something meaningful and significant. As Tony Reinke notes in Competing Spectacles, developing the work of Thomas de Zengotita: “Our screen technology has grown to a new pinnacle of addictive delight in the digital age because our screens make it possible for us to live in a dual role: as both spectator and star.” Who doesn’t crave recognition? Which of us posts something—be it a quote or a selfie—without the hidden hope that it will move others to look at and admire me?

Let’s conclude by returning to where we started: mental health, and Fight Club. If we’re to survive what is fast becoming a pandemic of loneliness and anxiety, we need more than the profoundly meaningless exchanges and community offered by social media. We need so much more than the unsatisfying and fleeting moments when social media makes us feel like we’re at the centre. Tyler Durden started Fight Club. The narrator of Fight Club attended support groups for the terminally ill. Both are better than social media, or night clubs. I recommend a reading community. It doesn’t really matter, in the end. Just stop opening up Facebook or Instagram expecting it to satisfy your longing for community. It won’t.