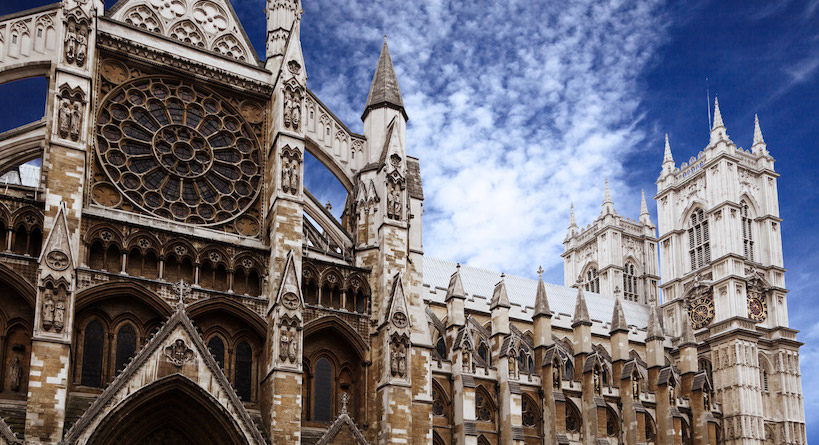 Earlier this year I preached on the Council at Jerusalem, found in Acts 15. For readers who aren’t familiar with it, most commentators consider it to be either Acts’ centrepiece or watershed—usually both. Thus John Stott writes, “We ourselves, from our later perspective of church history, can see the crucial importance of this first ecumenical Council held in Jerusalem. Its unanimous decision liberated the gospel from its Jewish swaddling clothes into being God’s message for all humankind, and gave the Jewish-Gentile church a self-conscious identity as the reconciled people of God, the one body of Christ.” Few moments in church history rival Acts 15 in significance, when the inclusion of Gentiles—though already evident in the book (Acts 11:18, 20, 23; 13:46; 14:1, 27)—was ratified.

However, as the part of a larger series of sermons on ecclesiology, I didn’t focus too much on the above when preaching Acts 15. So if you’re a stickler for always preaching the “main point” of a biblical text, you should probably stop reading here. Instead of preaching on the inclusion of Gentiles by faith (Acts 15:8-9), through God’s gracious work of salvation (Acts 15:11), I explored the principles we might glean from Acts 15 for church leadership and governance, or polity. Below I want to share just two of them, which will hopefully set up a few more posts on the subject.

“The Apostles And Elders Met”

Before we get to those two principles, and very briefly, notice what happens when the controversy about the inclusion of Gentiles arises: Paul and Barnabas together with other elders from the Antioch church travel to Jerusalem, where they meet with the apostles and more elders (Acts 15:2, 4). “The apostles and elders met to consider this question” (Acts 15:6). This collective then consider and debate the issue from Antioch, before returning with their decision (Acts 15:30-34). From this overview of the Council, one might argue for the importance of denominational synods or assemblies. But I think we should go further.

Firstly, despite the presence of apostles, the early church wasn’t structured hierarchically. The apostle Peter is there, at the Jerusalem Council (Acts 15:7). However he doesn’t function in a singularly authoritative capacity. Remarkably, it appears as though his contribution is checked by the other “apostles and elders.” This is why Luke can say, “the apostles and elders, with the whole church, decided to choose some of their own men and send them to Antioch with Paul and Barnabas” (Acts 15:22; see also 15:25). No individual possesses unilateral authority at the Jerusalem Council—not even the apostle Peter.

Previously I’ve dipped my toes into the debate around whether the early church had both bishops (or “overseers”) and elders. But whatever you make of that discussion, it’s hard to argue for an Episcopalian structure from Acts 15. You needn’t bother answering whether a bishop was present, because the apostle Peter doesn’t even exercise greater authority than the gathered elders (see Acts 15:6, 12, 22, 30). The structure doesn’t appear hierarchical but indicative of a plurality of elders. Those elders collectively govern at the Council at Jerusalem, which is consistent with the establishment of local elderships in each church (Acts 11:30; 14:23).

2. The Early Church Was Connectional

Secondly, the Council at Jerusalem promotes what’s often referred to as connectionalism. In God Is Love, Gerald Bray says that connectionalism means, “Individual congregations must recognise that they belong to a universal fellowship.” Though many of us will affirm this when we occasionally cite the Apostle’s Creed—”We believe in the holy catholic church”—it isn’t always reflected in local church expressions, ecclesiology, or polity. Connectionalism insists on partnership and accountability between local churches, premised on the fundamental unity we already have by virtue of belonging to “one body,” “one Lord,” and “one faith” (Ephesians 4:4-5).

The principle of connectionalism should cause us to be suspicious of isolated and self-regulating congregations or Christian leaders. A few years back I heard an Episcopalian minister say, “There are two things I love about the bishops in our denomination. One, they are soundly converted believers who love Jesus. Two, they have no real power at the level of the local church.” Such a statement doesn’t only ironically undermine the very existence of denominations, it also reveals a dangerously self-assured independence. Connectionalism counters both, insisting on accountability that protects local congregations from both themselves and rogue leaders.

As Jonathan Leeman argues, clarity around church governance and polity is very important. In his excellent book on ecclesiology, Edmund Clowney correctly notes that, “If formal structures are refused, informal ones will gain their own validity in practice.” For example, many local churches have unofficially adopted the ‘pastor as CEO’ model. Worse than that, others have ended up with a pastor who resembles a military general or dictator, more than a shepherd. We cannot be indifferent to ecclesiology. As Leeman writes, “Polity is not essential for salvation, but it’s essential for helping [Christians] walk lovingly and peaceably together.”

Pastoral bullying, heavy-handed shepherding, and spiritual abuse thrive without clarity around church governance. Without suggesting that these evils are more prominent in hierarchical institutions and independent congregations, I am convinced that a greater commitment to a plurality of elders—at every level—and connectionalism will go some way in preventing them. After all, those do seem to be the principles that we encounter in Acts 15.

« A Proposal For Reading Hebrews' Warning Passages Is Reading Fiction A Waste Of Time? »
comments powered by Disqus