Pastor, You Are A Shepherd Not A Rancher

Writing at Mere Orthodoxy, Jake Meador quoted these words from a friend, “I’m a shepherd…When my flock gets so big that I don’t know all their names, I’ve become a rancher. Once I’m a rancher, it’s time to plant a church.” Though Jake’s post was about the pastoral limitations of megachurches, recently made apparent in the Village Church’s delayed follow-up to a serious pastoral issue, that quotation struck a chord. I have heard presentations on church growth encouraging pastors to act like ranchers. Instead of desiring the office of elder, some church growth specialists urge pastors to aim higher, to become ranchers. 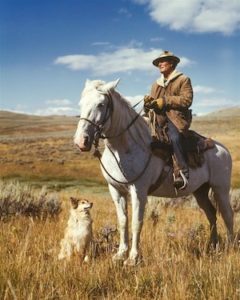 When I set out to write this short post it was my intention to write a satirical piece about a textual variant in 1 Peter 5, or perhaps one of the pastoral epistles. Because while the word for shepherd and its cognates are fairly common in the New Testament, closely associated with eldership (Acts 20:17, 28), the idea of a rancher who works at a higher level is completely absent. Strikingly, even when the New Testament uses the word ‘overseer’, from which we get our word bishop, it appears to be nothing more than an office in the local church (1 Timothy 3:1-2), barely distinguishable from that of an elder (1 Peter 5:1-4). This is not the place to discuss questions over hierarchical leadership structures, though New Testament support for them is admittedly scant.

Returning to the question of shepherds and ranchers, you might be interested to know that other Greek words for shepherd existed in the 1st century. The Septuagint, or Greek Old Testament, uses two related words to translate a rare Hebrew word (Amos 1:1; 2 Kings 3:4). Both Hebrew and Greek have a common word for shepherd, as well as rarer words suggesting something more than a shepherd. Therefore in English the prophet Amos is described as a “herdsman” (Amos 1:1) and Mesha king of Moab is called a “sheep breeder” (2 Kings 3:4). If I am honest, I have not done nearly enough work in thinking about these words. But from my quick survey it seems that despite words connoting ‘rancher’ or ‘manager’ being available to the writers of the New Testament they stuck with simple shepherding.

The church growth literature tends to overcomplicate ministry. For starters, the word pastor in most English translations is actually the Greek word shepherd (Ephesians 4:11). As I have already alluded, this office is closely related to two other words: elder (1 Timothy 5) and overseer (Titus 1:7). Not only does rancher not feature in this nexus but it is a nebulous as well as unbiblical word. Obviously, we can use language or analogies that are not explicitly biblical, as long as the concepts are. But rancher is neither. I have previously written about the pitfalls of analogies, specifically the analogy of a lifeboat for the local church. You might accuse me of subscribing to a legalistic and inflexible regulative principle. But words and ideas have consequences. 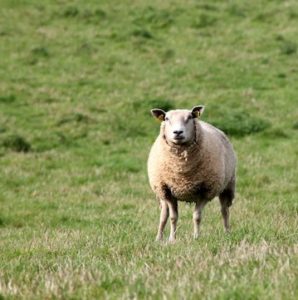 Labelling pastors ranchers results in a few things, of which I I will mention three. These may be implicit or unwitting, and I am not saying they are inevitable, but in my opinion they are hard to avoid. Firstly, it creates tiers among church leaders, beyond those God has given. Similar to the view that says youth ministry is a stepping stone to real ministry, I imagine that elder or pastor could be viewed as an inferior role, before one can be promoted to rancher. Secondly, and related to the first, churches that need ranchers - rather than mere elders - convey success and growth. Small churches have elders. But big churches need ranchers. Which ministry would you rather be a part of? Which title would you rather have? Thirdly, with my limited knowledge of what ranchers actually do, I know that it is less hands on. If working at a higher level in the local church, or becoming a rancher, means doing less pastoral ministry then we have not merely mangled the biblical description of elder but abandoned it entirely. Anyone who desires the office of rancher, should move to Texas.

An entire post could be written on 1 Peter 5:1-4. But I will make only passing comments in conclusion. The apostle Peter calls himself a “fellow elder” (5:1), which seriously challenges any notion of working at a higher level, ascending a hierarchy. The office of elder is inseparable from witnessing to Christ’s work (5:1). But it is not limited to organisation, leadership or theological direction. Elders are to shepherd the flock (5:2) and set an example of mature Christian faith (5:3). I am not sure that either of those things can be done from a pulpit, or as a rancher. Peter mentions the appearing of our “chief Shepherd” (5:4). Listen to what Jesus said about this description, “The sheep hear his voice, and he calls his own sheep by name and leads them out” (John 10:3). Pastor, you are a shepherd not a rancher. Do not aspire to be a rancher, especially if it means becoming less of a shepherd than the model provided by Jesus.