The Rise Of Self-Righteous Resentment 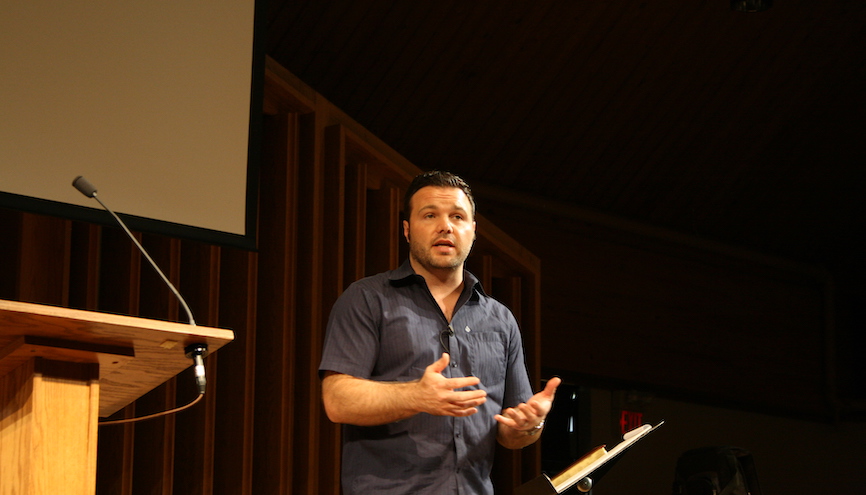 Like many Christians of a similar vintage as myself, I’ve hugely appreciated Mike Cosper’s well-researched and exceptionally evenhanded Rise and Fall of Mars Hill. It is a podcast series documenting the ministry of Mark Driscoll. Unfortunately, Mars Hill’s story ended with the precipitation of particularly abusive leadership. So throughout the podcast series, Cosper has reiterated the warning against prizing gifting over character. For Driscoll’s story—though remarkable in its scale—is not unique. In fact, it is a worryingly pervasive problem, explaining the seemingly unending string of pastoral failures today.

Mark Driscoll’s story is one that has tragically played out countless times. For we excuse dangerously autonomous and proudly self-assured leadership by appeals to numerical growth and ministry success. Judging by the widespread acclaim and reception of The Rise and Fall, this is a serious issue in many churches.

So the podcast has given an important voice to victims, shed light on more subtle forms of manipulation by leaders, and highlighted traceable patterns of abuse. But in this post I want to sound a tentative caution. This caution is not particular to Cosper’s podcast, but my concern over what appears to be a keen interest in controversy, the darker sides of leadership, and ministry failure.

We Need To Ask Ourselves Some Questions

If you, like me, followed Mark Driscoll and Mars Hill back in the day—or have heard the tumultuous tale from Mike Cosper—then you’ll know that the final collapse took place in 2014. This wasn’t because of a single event. It was a case of the dam wall violently bursting after years of pressure. Though I can’t verify it, I’m fairly confident that #MarkDriscoll and #MarsHill were trending at some point in 2014, possibly even for weeks. Because, truth be told: we love a spectacle, especially the cataclysmic. As Tony Reinke writes, “A spectacle is something that captures human attention, an instant when our eyes and brains focus and fixate on something projected at us. In an outrage society like ours, spectacles are often controversies.”

In 2014 I wrote a cautionary post, developing a theme from the pastoral epistles, which I will expand on below. Much like our own day, Paul witnessed the heartbreak of shipwrecked ministries and faith (1 Timothy 1:19-20). He knew betrayal firsthand (2 Timothy 1:15). Yet the overwhelming emphasis in 1 and 2 Timothy is Paul’s exhortation towards more positive expressions of the faith, which avoid obsessing over controversy (1 Timothy 6:3-5; 2 Timothy 2:23-24). Of course there is place for correcting doctrine, rebuking sin. Therefore we can gratefully receive and reflect on Mike Cosper’s journalism.

However we must also be wary of becoming unhealthily drawn to these tragic stories of abuse and leadership failure. For what we put before our eyes and ears will shape us. Below are three questions I’ve had to ask myself, as I’ve watched The Rise and Fall of Mars Hill.

1. Am I Becoming Self-Righteous?

In True Spirituality, Francis Schaeffer writes: “Each time I see something wrong in others, it is dangerous, for it can exalt self…So when I am right, I can be wrong…It is not wrong to be right, but it is wrong to have the wrong attitude in being right.” In my original Driscoll post from 2014 I quoted a similar point from D. A. Carson, in his Exegetical Fallacies. He writes: “The critic, deeply knowledgeable about faults and fallacies (especially those of others), comes to feel superior to those whom he criticises.” In other words, it is easy to feel smug, purchasing proud superiority through self-righteous comparison (Luke 18:11-12).

Now, please don’t mishear. I’m not accusing Mike Cosper of this. Nor am I discrediting the invaluable work done by Julie Roys or Warren Throckmorton, to pick two more examples of similarly investigative journalism. But it’s unlikely you’re doing what they are. Like me, you’re probably just consuming these reports, articles, and podcasts—occasionally sharing them online. Again, there’s nothing wrong with this. But as both Schaeffer and Carson caution: it’s a short step from fixating on someone else’s failings to forgetting my own clay feet. More than this, Carson says that “persistent negativism” soon uproots gratitude and humility. From this self-righteousness comes resentment.

2. Does This Stir Resentment?

I recently read Dostoyevsky’s Notes From Underground, writing a reflection on how the redemptive power of love undermines the love of power. Towards its conclusion, the narrator summarises the book as “a long story” demonstrating how “undying resentment” is carefully cultivated and multiplied through unchecked indignation. Ultimately, this can end in “inventing things that never happened because they might have done so, and forgiving nothing.” So as my favourite German philosopher says, “Hatred must be learned and nurtured, if one wishes to become a proficient hater.” If we continually fertilise our self righteous indignation then it will very likely bear the fruit of resentment.

One could easily multiply Bible verses warning us against becoming embittered or hateful. And there is a very real danger that the multiplication of discernment blogging and investigative journalism will do just that. For most of us, this is not why we visit these sites or listen to the podcasts. But we might have different reasons for frequenting them over time. Resentment is its own kind of reward—and effortlessly justified when it comes to these sort of issues. We might end up loving this sort of material because we love being angry, delighting in our own disapproval. This brings us to my third and final question.

3. Do I Love Being Outraged?

Back in 2009, Tim Kreider coined the phrase “outrage porn.” Part of Kreider’s point was that people feed off of being wronged or proven right—usually both. Though slightly different, we can liken this to the German schadenfreude, which refers to finding pleasure or self-satisfaction in observing the failure and humiliation of others. Yes, investigative journalism has its place. Sure, podcasts like The Rise And Fall Of Mars Hill are important precautionary tales, and we must give voice to victims of abusive leadership. Those stories need to be told but that doesn’t mean we need to listen to all of them, especially not when we consider our preference for controversy and catastrophe.

“I Will Show You a Still More Excellent Way”

In 1 Corinthians 13:6, Paul says that “love does not rejoice at wrongdoing, but rejoices with the truth.” Let me conclude with three brief points on that verse. Firstly, we should rejoice in the truth finding efforts of Mike Cosper and others. We might call this rejoicing when the truth wins out, in justice and restoration. Secondly, we should also seek to constantly rejoice in the unadulterated truth that we experience in fellowship with God and meditating on Scripture. Thirdly, Francis Schaeffer says that 1 Corinthians 13:6 “means exactly what it says. When we find another man to be wrong, we are not to rejoice in his iniquity. And how careful I must be, every time I see a situation where I am right and another man is wrong, not to use it as an excuse to scramble into a superior position over that man.”