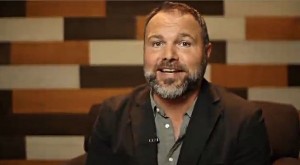 Reading through 1 and 2 Timothy recently, it interested me that Paul does not instruct his deputy to adopt a purely combative approach to the false teachers who had crept into the church. Timothy is undoubtedly charged to refute and rebuke those opposed to the truth of Christ. But along with this negative treatment of heresy, he is called to the more positive avenue of modelling Christian life and doctrine; and it seems that there is also prudence in passivity. Notwithstanding the need for correction and a defence of the apostolic gospel, at points in the letter, Paul encourages Timothy to simply get on with his task of teaching true doctrine and modelling godliness.

Timothy is warned about becoming enwrapped with the myths, genealogies and speculative theology that was bandied by the local heretics (1 Timothy 4:7; 2 Timothy 2:16). Challenging the false teachers was a necessary role Timothy would have to undertake yet it would not excuse him becoming quarrelsome and drawn to controversy (1 Timothy 6:3-5; 2 Timothy 2:23-24). The aim of his charge was rather this: “love that issues from a pure heart and a good conscience and a sincere faith” (1 Timothy 1:5). It has never been easier than it is in the digital age to voice disapproval and vitriolic disagreement. So we must genuinely consider these warnings from Paul: becoming drawn to quarrels; and issuing correction from presumptuous certainty rather than loving sincerity.

It is with the above in mind that I want to address the current maelstrom that has engulfed Mark Driscoll. Countless posts have been thrown together and dispatched to the four corners of the Internet; the smug glee of many is ostentatiously worn all over their digital profiles; and every other Christian blogger feels the need to remind us that they saw the signs, of the end of the age. But why are we so captivated by his tragic fall? Why do we feel the need to retweet every scrap of evidence and interview decrying Driscoll? What might excuse our fascination with this bright career that seems to be speedily approaching a catastrophic crash? As Paul told Timothy, we need to be aware of an unhealthy fixation on controversy; the need to highlight Driscoll’s numerous (and now well catalogued) shortcomings; and the uncontained pleasure that has some dancing on the ashes. 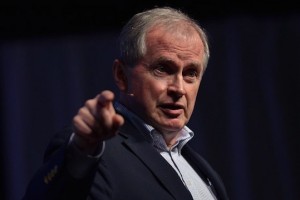 Listen to the unsettling words of D. A. Carson, in Exegetical Fallacies: “Persistent negativism is spiritually perilous. The person who makes it his life's ambition to discover all the things that are wrong…is exposing himself to spiritual destruction.” He goes on to say that persistent negativism will first uproot gratitude towards God, as well as trust in his sovereign protection and purpose for the bad things that happen, and then it will supplant humility with conceit, “As the critic, deeply knowledgeable about faults and fallacies (especially those of others!), comes to feel superior to those whom he criticises. Spiritual one-upmanship is not a Christian virtue.”

« The Magician's Nephew: A Strange but Familiar God Do you understand the about loaves? »
comments powered by Disqus