As Lord of the Flies draws to an end, William Golding writes, "Ralph wept for the end of innocence, the darkness of man's heart." Though the story concludes with rescue, the resounding note throughout is the insidious "beast" that lurks within each child. And the absence of authority on the island serves as the catalyst that draws it out of the children. The answer to the boys’ searching question, 'Why does everything fall apart?' is the daunting truth that there is no supernatural horror on the island, just the horror of humanity.

The boys are terrified by the evil they perceive to be around them, which some of the "littluns" claim emerges from the sea at night. Others believe that the island itself is bad. And who can forget the lifeless body of the pilot gently swaying in the wind, "the beast from the air"? Towards the middle of the narrative, in an assembly, both Simon and Piggy suggest that the unseen horrors of the island might be people, the boys themselves. But it is only when Simon gets lost in conversation with the Lord of the Flies that the reader can begin to understand what Golding is doing. The head says, "Fancy thinking the Beast was something you could hunt and kill." It then chillingly asks, "You knew, didn’t you? I’m part of you? Close, close, close!" Alone in the clearing, far from the rest of the boys, as Simon falls apart before the impaled pig head, he hears, "You know perfectly well you’ll only meet me down there – so don’t try to escape!" I do not think it coincidental that this internal dialogue is juxtaposed with Simon’s murder. The beast arrived at the island with the boys, and the unfolding events serve to show that man’s heart is indeed dark. 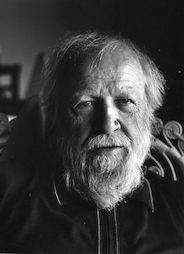 First published in the 1954, Golding’s masterpiece represents the idea that there is something inherently wrong with mankind. This is an offensive view for people today. The prevailing mind-set is that our environment wounds our psyche and shapes us for the worst, claiming that morally we are like John Locke’s tabula rasa (blank slate). But Golding’s novel introduces us to boys who are influenced by nothing but their own psyches, suggesting that it was not an evil society that ruined them. It was rather the evil in their souls that became manifest. Their English decorum and respect for authority quickly disappeared when the control of society was removed. This suggests truth in the maxim, 'the reality of evil in our world is more than the sum total of evil deeds.' Golding describes how our savagery is revealed when left to ourselves, when the restrictions imposed on us are removed and we gain the mantra of our age, freedom. With nothing to curb the boys’ dark hearts their adventure quickly turns from exploration to hostile factions and, in the end, tragedy. To use Golding’s language, things are the way they are on the island because of the boys.

The two themes I have touched on, respectively, are what Christian theology calls original sin and common grace. Golding does, in my opinion, clearly give expression to both of these in Lord of the Flies. N.T. Wright writes in Simply Jesus that despite much misunderstanding surrounding the doctrine of original sin, "It would be extremely foolish to suppose that humans, left to themselves have not done amazingly horrible things as well as amazingly wonderful ones." Humans have inside of them the capacity for great evil, and this is a serious problem because it means that much of our respectability and goodness are nothing more than a thin veneer hiding – from others and ourselves – the darkness of our hearts. Jesus taught that all the things that truly defile us originate in our hearts, for evil words and deeds flow from what is stored up in our hearts (Matthew 12:34-37; 15:18-19). What an unpopular and unkind thing to say yet it is also an indisputable truth regarding human nature. Changing how we act and think is easy; societies, rules and regulations have done that for generations of children through history. But it is impossible for us to change hearts, where there rests a deep-seated darkness. Yet the Old Testament prophet who recorded these words from Yahweh, "The heart is desperately deceitful above all things and desperately sick," also preached Yahweh’s promise, "I will write my law on their hearts. And I will be their God and they will be my people." We need a realistic view of our problem and condition, what we might call the evil within. Without that we will remain as people who look healthy but are in fact desperately sick.

I will conclude with a passage from Marilynne Robinson’s essay, Austerity as Ideology, "This teeming world, so steeped in its sins. No one could begin to count them. This does sound like theology of the darker sort, the kind that would make us all inheritors not so much of primal guilt as of a primal predisposition to incur guilt. We moderns are supposed to have liberated ourselves from such thinking. Belief in a bent toward acting badly has been taken to inhibit our potentiality for acting well, though why this should be true is not obvious. In any case, since we have behaved badly under both dispensations, we have provided ourselves with strong evidence for the soundness of the darker view."