Three Critiques of Stuart Olyott on The Trinity 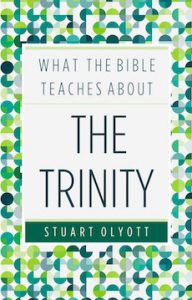 A few months ago I reviewed Stuart Olyott’s useful and short book, What the Bible Teaches about the Trinity. In that post I raised two areas where I felt the work fell short: meaningful application and developed understanding of the Holy Spirit. Both of those criticisms may be a little unfair, considering the brevity of Olyott’s book. But upon further reflection I became convinced that some of Olyott’s material warrants more detailed interaction. So under the three points below, I will raise some of my concerns and respond to them.

Blasphemy Against the Spirit

In a section on the full deity of the Holy Spirit, under the heading, The Holy Spirit is to be worshipped and honoured (p47-8), Olyott touches briefly on blasphemy against the Spirit: "Blasphemy is insulting the honour of God, and if the Holy Spirit were not God, it would be impossible to blaspheme against him. As it is, this sort of blasphemy is the most serious of all, and can never be forgiven (Matthew 12:31–32).” While the potential to blaspheme against the Spirit is a convincing argument for his deity, Olyott’s point is both pyric and inconsistent.

For starters, Jesus says that blasphemy against the Son of Man will be forgiven. By this logic, we could question Jesus’ full deity. Secondly, Olyott fails to interpret these verses in the context of Matthew’s gospel, resulting in a position that has caused much harm and anxiety over the years. Quoting Isaiah 42, Matthew identifies Jesus as God’s Spirit empowered servant, who embodies God’s promised rescue and hope (Matthew 12:17-21). He then triumphs over an afflicting demon, prompting the question pervasive to the Gospels, ‘Who is this? Can this be the Son of David?’ (12:22-23). The reader of Matthew knows the answer, because of the quote from Isaiah, but the Pharisees are predictably suspicious and dismissive claiming Jesus was only capable of such feats because he was a servant of Satan (12:24), rather than the suffering servant of Isaiah. Jesus highlights the folly of their accusation (12:25-29), and significantly in his defence states that he is empowered by the Spirit of God (12:28). 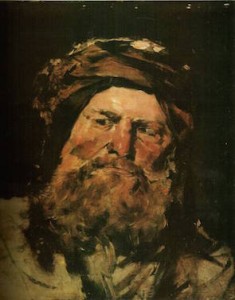 What does any of this matter? Just before he mentions blasphemy of the Spirit, Jesus says, “Whoever is not with me is against me, and whoever does not gather with me scatters” (12:30). The Pharisees failed to recognise the beginning of Satan’s defeat and the inauguration of God’s kingdom, the ‘eucatastrophy’ they longed for. For they opposed the one who had come preaching the good news, partnered by God’s Spirit. Blasphemy against the Spirit is therefore not some abstract offence, or loose word I might have muttered only to never be forgiven; it is the deliberate rejection of God’s Christ, to set oneself up against the Spirit empowered servant. Apart from him there is no forgiveness of sins.

Praying to the Son and the Spirit

In chapter 3, commenting on the Lord’s Prayer, Olyott writes, “Prayer to God is not to be addressed to the Lord Jesus Christ, but to the one who is distinct from him—the Father” (p25). Later, while discussing the established Trinitarian heresies, Olyott labels thanking God for dying on the cross or for his indwelling presence Modalism (p86). Admittedly Olyott is defending the distinctions between Father, Son, and Spirit, cautioning us against saying of the Father what can be said only of the Son or of the Spirit. But this does not mean we cannot address the Son or the Spirit in prayer. Both clearly receive worship and praise. Why then do we prohibit prayer to the Son or the Spirit? 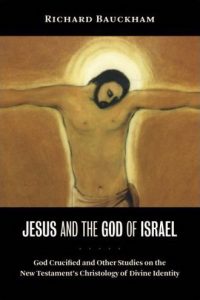 Olyott writes, “The New Testament knows very little of praying to the Lord Jesus Christ” (p91). Yet we can clearly read of prayer being addressed to the Son. “As they were stoning Stephen, he called out, “Lord Jesus, receive my Spirit” (Acts 7:59-60). Paul, in 1 Timothy 1:12, writes, “I thank him who has given me strength, Christ Jesus our Lord.” Jesus even invites his disciples to pray to him, in John 14:14, “If you ask me anything in my name, I will do it.” As Richard Bauckham points out, in Jesus and the God of Israel, “Acclamations and prayers addressed to Jesus go back to the earliest times…The New Testament evidence for personal prayer to Jesus as a regular feature of early Christianity has sometimes been underestimated.” Even if the prevailing practice was prayer to God the Father, Bauckham goes on to say, “Since Jesus was understood as the active mediator of grace from God…and as the Lord for whose service Christians lived, prayer addressed to him was natural.”

Of the three points I make in this post, I imagine this last one might draw the most criticism. It also is not one that Olyott makes explicitly. However, he seems to make two contradictory statements about orthodoxy and salvation. Correctly he writes about Sabellius, most likely the father of what would come to be called Modalism, “Fortunately God does not listen to our words, but looks on our hearts, and the mediation of Christ guarantees that our prayers are presented in heaven without fault. And yet it is always dangerous to have wrong views of God” (p86). I made a similar point in an old post on Origen. But a few pages on, Olyott undoes his generous statement about heterodoxy or heresy, lumping Modalists with Muslims, animists, and pagans (p87). “The only true God is the one who has revealed himself in the Scriptures, and this is what he has revealed…A belief in the Trinity is essential to salvation.” Bringing his book to a close, he states this point more emphatically: “There can be no salvation where there is no belief in the Trinity” (p90). I feel like I might lose my job by disagreeing with such a statement. But should we really base salvation on the grounds of orthodox Trinitarian belief? I know nothing of that in Scripture.

Jesus is fully God, as are the Father and the Holy Spirit, yet the salvation he offers, the work he accomplished, was not the overturning of our ignorance about the Trinity but the forgiveness of our sins at the cross. It is ours by faith, not intellectual ascent. Belief is primarily, as I read it in the New Testament, trusting in God’s grace made known in Christ, long before it is believing the right things about God. Surely this is what Jesus means in John 17:3 when he said that eternal life is knowing the only true God, and Jesus whom he sent.

« Responding to Challies: Is It Okay To Deliberately Not Have Children? The Voyage of the Dawn Treader: Leaving Narnia »
comments powered by Disqus