Responding to Challies: Is It Okay To Deliberately Not Have Children? 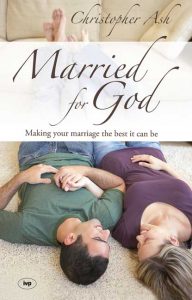 Yesterday Tim Challies posted asking if Christian couples can decide not to have children. The article relies on and develops a few points Christopher Ash makes in his excellent book, Married for God. However, I cannot agree with the reasoning of either Challies or Ash. Having heard similar arguments in numerous conversations, I remain unconvinced that Christian couples must have children or that the decision not to is sinful. I have planned a series of posts on the topic, and we might call this short response some of the first fruits.

Later in the article, Challies presents his own false dichotomy: embracing children as blessing from God or calling them a curse. Really? When a friend chooses to remain celibate for whatever reason do we accuse him of calling marriage a curse? Or, let’s consider a passage often dragged into this discussion, ‘Blessed is the man whose quiver is full of children’ (Psalm 127:5). Does the couple that decide to have just two children call the "full quiver" (four, five, a Catholic dozen) a curse? We are not strung between calling children a curse or a blessing.

Finally, Challies makes a point that I really appreciated: children are uninvited strangers that couples must extend sacrificial hospitality to. Unlike our spouse or close friends we cannot choose children that suit us. However, reading this point did bring to mind another, made by Stanley Hauerwas, “We never know whom we marry; we just think we do…give it a while and he or she will change…The primary problem [then] is learning how to love and care for the stranger to whom you find yourself married.” On top of Hauerwas’ point, both Old and New Testaments encourage believers to entertain and care for strangers. Furthermore, if ever there was a place that forced unlooked for and very often inconvenient relationships it is the local church. Sure, children interrupt marriages causing sanctification and forcing hospitality. But they are not the only place where couples can practice hospitality and putting strangers ahead of themselves.

As I said at the beginning of this post, I hope to write more on this topic. I admit that this response is rushed and does not present any arguments in favour of deliberate childlessness, nor does it deal with the question of Genesis 1-2 and the creation mandate. Hopefully those will come. But in the mean time, it is frustrating to hear the poorly thought-out arguments mentioned above that prove nothing, yet somehow are persistently plied as if they did.

« Brokenness: How We Reframe Sin Three Critiques of Stuart Olyott on The Trinity »
comments powered by Disqus