The Voyage of the Dawn Treader: Leaving Narnia

When Caspian tells Edmund and Lucy of his task aboard the Dawn Treader, he speaks of Reepicheep’s “higher hope” for their voyage: to find Aslan’s country (p433). As the Dryad verse goes: “Doubt not Reepicheep,/ To find all you seek,/ There is the utter east.” Though C. S. Lewis deliberately wrote flawed characters – allowing for the majesty of Aslan to shine incomparably, as well as conveying fallen human nature – many exhibit redemptive traits. Reepicheep, who we met in Prince Caspian, is one such character: imperfect but increasingly drawn to and transformed by his hope of being with Aslan. 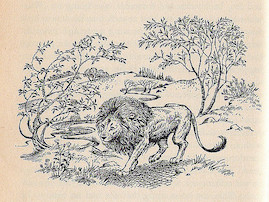 In one of the more peculiar prefaces to an academic commentary (The Prophecy of Isaiah), Alec Motyer notes Reepicheep’s “endearing bumptiousness.” If you were about to look up the word bumptiousness, it means presumptuous and annoying confidence, even pride. We need only cast our minds back to the end of Prince Caspian where Aslan searchingly says to Reepicheep, “I have sometimes wondered, friend, whether you do not think too much about your honour” (p412). This, at times, insufferable decorum is well portrayed in the recent film adaption. Reading The Voyage of the Dawn Treader we learn that Reepicheep’s “mind was full of forlorn hopes, death-or-glory charges, and last stands” (p455). Later, approaching the Dark Island, against the uncertainty of the experienced sailors he boldly asserts, “So far as I know we did not set sail to look for things useful but to seek honour and adventure” (p507). Prodigious in courage despite his unimpressive stature, Reepicheep is both proud and presumptuous; he is not the hero of Lewis’ narrative. Yet, for all his shortcomings, Reepicheep demonstrates a remarkable devotion to his promised homecoming and an unending future with Aslan.

Upon discovering the remaining three lords, murmurs grow amongst the volunteer sailors. They see their task as completed and think they should set sail for Cair Paravel, back in the west, rather than continuing east. Lucy asks Reepicheep what he will do and his answer never fails to move me: “While I can, I sail east in the Dawn Treader. When she fails me I paddle east in my coracle. When she sinks, I shall swim east with my four paws. And when I can swim no longer, if I have not reached Aslan’s country, or shot over the edge of the world in some vast cataract, I shall sink with my nose to the sunrise” (p524). Though decorated with “undying glory” for his exploits in the second battle of Beruna (p430), Reepicheep longs for another world. Caspian and his crew would return from their journey as heroes, immortalised in the history of Narnia, but Reepicheep longed for immortality, beyond Narnia. 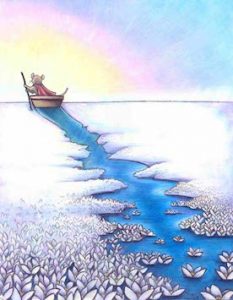 Anyone who has read Narnia would have undoubtedly felt the pull of Lewis’ glorious world, brimming with colour, and replete with immense characters. But nothing there outshines Aslan. So Reepicheep points us past Narnia, to Aslan; and this was – as I argued earlier in this series – the hope Lewis wrote into his masterpiece. Narnia is not the world we desire, for there is another beyond it. And merely glimpsing that world, Lucy said, “It would break your heart,” not because it was sad but because it was all she had ever desired (p539). Once Reepicheep disappears over the crest we learn that the children will never return to Narnia. Lucy despairs for Narnia is the only place they have ever encountered Aslan. But he promises they will see him again: “This was the very reason why you were brought to Narnia, that by knowing me here for a little, you may know me better there” (p541).

« Three Critiques of Stuart Olyott on The Trinity Malachi on Divorce, Godly Offspring, and the Gospel »
comments powered by Disqus