The Work of Christ: Not Merely Substitution 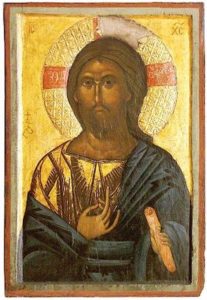 Last year the church I was part of worked through Paul’s letter to the Philippians. On one occasion at a leaders’ meeting an argument broke out over Philippians 1:27-2:11. The line of application we were pressing was that Christ’s death is an example of sacrificial service, “Let each of you look not only to his own interests, but also to the interests of others. Have this mind among yourselves, which is yours in Christ Jesus” (2:4-5). Paul then goes on to recount Christ’s incomparable humility in serving others (2:6-8). Some present felt that emphasising Christ’s death as an example might weaken our grip on Christ’s death as substitutionary, when he satisfied God’s justice at the cross by suffering the penalty for sin we deserved. However I do not think that we are forced to choose one of these over the other.

After his lengthy section presenting and critiquing what are called ‘the theories of atonement’ in The Work of Christ, Robert Letham writes, “No one theory has ever commanded universal support. Moreover, no one viewpoint appears to answer all the questions that surface when we reflect on what Christ came to do on the cross” (p174). Reformed Christians typically have a mature understanding of justification by faith alone. This strong emphasis however often completely overshadows the manifold blessings and benefits of Christ’s work. The result is Christians who see the work of Christ in purely legal and transactional terms, a deficient view I argued against in my previous post. Letham does an excellent job of presenting the different atonement theories, pointing his readers to their respective biblical foundations, potential pitfalls and obvious errors. I attempted to do something like this, thinking about what is called the Christus Victor theory of atonement. Returning to the post at hand, if the extent of your appreciation for Christ’s work is merely substitution it is likely you have an underdeveloped scope of humanity’s plight and God’s powerful salvation.

The argument about Philippians I mentioned pertains to the Christus Exemplar theory of atonement, also called moral influence. Remember, neither Letham nor myself are presenting this as an exclusive, or even capping, approach to understanding Christ’s work. But we would have to exclude vast swathes of the New Testament in claiming that we are not called to imitate Christ. Furthermore, I am not presenting the moral influence theory of atonement as historically without fault. Letham shows that the unbiblical tendency of those who advocate for a pure Christus Exemplar reduce the atonement to human effort. The subjective change resulting from our imitation of Christ is what brings us back into relationship with God, or atones for sin. However, he also writes, “Christ’s death does produce a subjective moral change in those who contemplate it in faith by the power of the Holy Spirit” (p167). 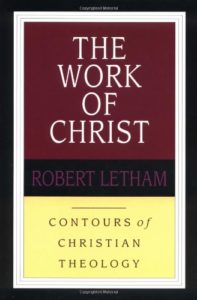 It is perhaps this lost emphasis that has lead to us practising a purely memorial or Zwinglian Lord’s Supper. But that is a topic for another post. Christ’s self-giving sacrifice is both the effective power and powerful example for transformed lives. If we always retreat into preaching Christ’s death as substitution why are we surprised that churches are full of rudimentary faith and nominalism? Many churchgoers today will gladly profess the name of Christ as long as they never need to put on his character.

Similar language of ‘subjective change’ through participation in Christ’s death can be argued from Paul’s letter to the Philippians. Paul yearns for the Philippians with the affection of Christ (1:8). He prays that they will be filled with fruit of righteousness through Christ (1:11). Suffering together and supporting each other in hardship is said to be for the sake of Christ whilst merely believing is inadequate (1:29). The encouragement to be shared is in Christ (2:1). Paul can even say that believers must have the same mind as Christ (2:5). Even the section of the letter that comes closest to a fully orbed idea of justification by faith in Christ, most often exclusively tied to the substitution view of atonement, in 3:2-11 concludes with striking language of participation and subjective change: “That I may know him and the power of his resurrection, and may share in his sufferings, becoming like him in his death, that by any means possible I may attain the resurrection from the dead” (3:10-11). Go and read the book in its entirety and tell me if I am missing something.

Let me wrap this post up. The gospel teaches that Christ gives himself over to death and judgment, in the place of sinners so that those who place their faith in him can be declared righteous. But the gospel also teaches us how to live. To put it another way, at the cross we see God’s self-giving love. But when we experience that love, or participate in Christ by faith, his death and all that it embodies begins to shape our hearts. We might think of faith in Christ’s substitutionary death like the air pumped into the lungs of someone who has stopped breathing. The process is incomplete until that person has started breathing again for themselves, when the air has given life to their dead body. The atonement brings about new life, a life fixed on Christ our example.

« Who is YHWH? Who is Easter for? The Woeful Exchange »
comments powered by Disqus