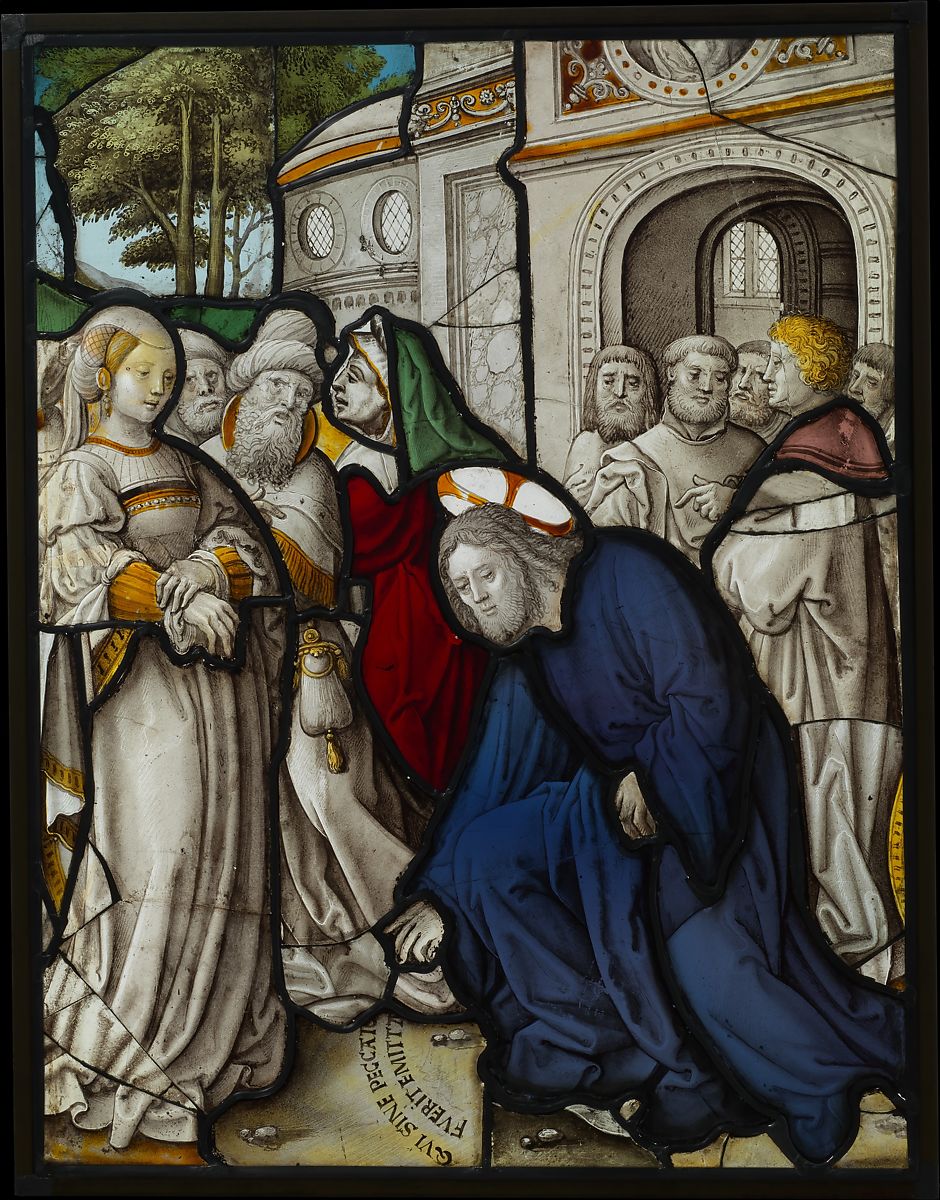 A few weeks back I posted an article that argued against preaching John 7:53-8:11. It built on an older piece, outlining some of the major concerns over the authenticity of that passage. Following the more recent post, I became embroiled in quite a fierce argument about the points I had made. At numerous points in that conversation I received the somewhat undesirable label of ‘heretic’. My views were also blamed for the apparent exodus we are seeing in the contemporary church. But as it turns out, dialogue is a great way to test and develop your thinking. So in this post I will simply summarise and comment on a few of the things said in the exchange—or inquisition.

I would like to start with an interesting detail many commentaries on John point out. Some of the early church fathers – including Augustine – suggested that the short narrative about the women caught in adultery was intentionally redacted from earlier manuscripts of John’s Gospel. They surmised that this was done because the short narrative might result in loose sexual ethics, even the condoning of adultery. And they were worried about the fidelity of their wives. Earlier this year I actually came across a church in Cape Town which cited John 8:7 in a campaign supporting prostitution. So perhaps the church fathers were onto something. But my purpose in referring to this historical tidbit is that my angry interlocutor – we will call him Gregory – made a similar claim about John 7:53-8:11.

Gregory wrote, “When manuscripts are copied by learned scribes, they are copied exactly as received, except when they deliberately leave out certain portions for whatever their reasons may be” (italics mine). He then gave some examples from the Old Testament, which were interesting but irrelevant to this conversation. Then he continued, “Just because some passages are excluded in many ancient manuscripts does not mean the passages were not included by the original manuscripts. That is the point you might need to ponder my friend. Do not wonder about the reasons they are included, wonder about the reasons someone might have deliberately abstained from allowing them to be included.” In short, scribal tampering – both deliberate and unintentional – only involves the removal of a passage or verse and never the addition or insertion of another.

Assuming Gregory is right about the transmission of manuscripts – which he certainly isn’t – his argument goes something like this: in the 2nd or 3rd century, scribes reading through John’s Gospel thought, “Oh no, in this story Jesus calls out hypocrisy. We better remove that one.” In other words, the narrative was removed because, during the transmission of John’s Gospel, scribes were concerned about the possible ramifications these verses might have. But what aspect of this passage was deemed so dangerous as to warrant its eradication? Gregory could not answer me. Because I’m not sure there is a convincing answer to that question, especially when we consider that throughout the four Gospels Jesus emphatically rebuked hypocrisy; warned his hearers against being judgmental; and showed grace in accommodating sinners. It is hard to see how this text stands apart from countless others in the Gospels. Therefore it is nonsensical that it was omitted because editors were concerned about this specific passage while overlooking those themes patently pervasive throughout Jesus’ teaching.

At another point in our conversation I was warned using the words of Revelation 22:18-19, ‘If anyone adds to this prophecy, God will add to him the plagues described in this book, and if anyone takes away from these words, God will take away his share in the tree of life and in the holy city’ (paraphrased). Can you believe that the apostle John warned against making additions to the prophecy? Everyone knows that scribes only make subtractions from texts. Redundant warning aside, I replied by showing that this verse actually cuts both ways. Both those who would add to Scripture as well as others making subtractions are threatened. This exchange is evidence of the petulance that plagued mine and Gregory’s interaction. But if you cast the first stone, be aware that you may get some thrown back at you.

The shrill statement that I repeatedly heard was that most Bible’s do include the narrative. So, regardless of its contested manuscript evidence, we should accept it as Spirit inspired and authoritative. Let me briefly outline two points I made in response to this ‘evidence’. Firstly, I have English translations that include the Apocrypha. Closer to home, what do we do with the longer endings of Mark’s Gospel? Just because these texts can be found in modern Bibles does not grant them the status of Scripture. Secondly, every single English version I have consulted provides a note about the textual issues concerning John 7:53-8:11, including the passage in double square brackets. As I said to Gregory: the fact that after 2000 years we enjoy near unanimous agreement about the New Testament canon apart from John 7:53-8:11 (and the longer endings of Mark’s Gospel) should cause us to wonder why these uncertainties remain. So I wrote, “The significant lack of manuscripts in support of this section cannot be ignored by blocking your ears and shouting loudly that it was in some.”

Let me conclude using the words of another heretic, John Piper, writing at Desiring God, “Who doesn’t love this story? But that does not give it the authority of Scripture. So what I will do is take its most remarkable point and show that it is true on the basis of other parts of Scripture, and so let this story not be the basis of our authority, but an echo and a pointer to our authority, namely, the Scriptures, that teach what it says.”