The Last Battle: To Live is Christ 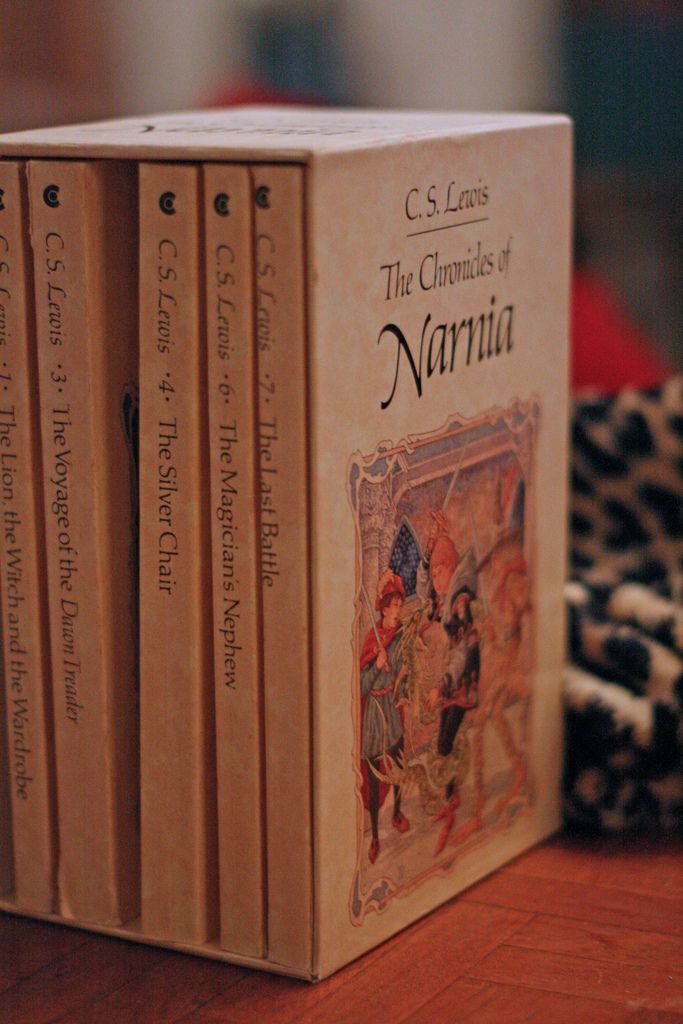 A line found on more than one character’s lips in The Last Battle is, “All world’s draw to an end, except Aslan’s own country”. Death is not the end but a beginning. This is the moving conclusion to C. S. Lewis’ Chronicles of Narnia. On the last page we read, “And for us this is the end of all the stories, and we can most truly say that they all lived happily ever after. But for them it was only the beginning of the real story. All their life in this world and all their adventures in Narnia had only been the cover and the title page: now at last they were beginning Chapter One of the Great Story which no one on earth has read: which goes on forever: in which every chapter is better than the one before” (p767).

C. S. Lewis’ prose is enviably delightful, but the truth he describes is even more desirable. Surpassing the previous books in terms of darker and adult themes, The Last Battle confronts its readers with death. Jewel’s words to Lucy are not fantasy: all things do draw to an end, even life itself. Towards the close of the novel we learn that the children died in a railroad accident (p743). That was how they came Narnia this last time. Only, once there it becomes apparent to them that there is still something greater to come. Perhaps, like Reepicheep, this explains Roonwit’s dying words, “all worlds draw to an end and that noble death is a treasure which no one is too poor to buy” (p717). Later, Tirian will face his own demise with similar grit, “His only thought now was to sell his life as dearly as he could” (p738).

This language and themes are predictably biblical. Life is something to spend, because something greater beyond this life is promised. More than that, we owe our life to someone other than ourselves. One of my favourite modern hymns puts it well, “The things of earth I leave behind / To live in worship of my king / His is the right to rule my life / Mine is the joy to live for him.” As the oft quoted line from Paul goes, “To live is Christ; to die is gain” (Philippians 1:21). I’ve seen this verse on more bookmarks than Philippians 4:13, which is saying something. But do we properly grasp the truth therein? I think the latter is more easily comprehended (see my post on Reepicheep and The Voyage of the Dawn Treader). But what does the first half mean: “To live is Christ”? We could turn up numerous passages to answer that question, but let’s consider the autobiographical passages in Philippians 2.

Shortly after exhorting Christians to emulate Christ’s humble and sacrificial service, we read, “Even if I am to be poured out as a drink offering upon the sacrificial offering of your faith, I am glad and rejoice with you all” (2:17). Here, ”To live is Christ”, is seen in Paul serving others. His life was gladly spent for someone other than himself. As Tirian faced death by either sword or the terrifying shed doorway he sought sell his life dearly. In light of the inevitable – death, the end of Narnia – he saw his life in a radically different light.

Coming back to Philippians, so too did Epaphroditus, “Honour such men, for he nearly died for the work of Christ, risking his life to complete what was lacking in your service to me” (2:28-29). Likewise Timothy, “I have no one like him, who will be genuinely concerned for your welfare. For they all seek their own interests, not those of Jesus Christ” (2:20-21; compare 1:27-2:4). “To live is Christ” is not some kind of mystical, esoteric and inexplicable spirituality. It is fundamentally about the imitation of Christ through the service of others, even when that service is costly.

At one point in The Last Battle, Jill says to Eustance, as they wonder and discuss what will happen if they die in Narnia, “I was going to say I wished we’d never come. But I don’t, I don’t, I don’t. Even if we are killed. I’d rather be killed fighting for Narnia than grow old and stupid at home and perhaps go about in a Bath chair and then die in the end just the same” (p720). These are arguably the bravest words spoken by any character in Narnia. What freed Jill from clinging to her life? It was the knowledge that death would be gain. So she too would spend her final moments, before being thrown into the shed, fighting for Narnia and Aslan. Finally, at the close, we read, “Aslan no longer looked to them like a lion; but the things that began to happen after that were too great and beautiful that I cannot write them” (p767).

I imagine Lewis would agree with me saying: as wonderful as the conclusion to Narnia is, the reality it portrays is indescribable, infinitely glorious and satisfying—all we have ever desired. He describes the new Narnia as “deeper, more wonderful, more like places in a story: in a story you have never heard but very much want to know” (p760). For the Christian, death is indeed the most wonderful and incomparable gain. But when truly believe that it will transform how we live, “To live is Christ.” Like Paul, his juniors, and Lewis’ characters in The Last Battle, we must view our lives as things to be spent rather than clinging onto them. One of the clearest evidences that we know death is gain is when we live for Christ. When we pour ourselves out for others. When we die daily, in humble and sacrificial service of others. To live is Christ.

This post brings to an end a series of articles on C. S. Lewis’ Chronicles of Narnia. If you enjoyed this one then please check out the rest: