Brokenness: How We Reframe Sin 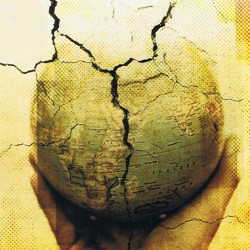 Pastors and service leaders often tell stories or make reference to a sporting event or news item to connect with the congregation. Recently, however, I have noticed these techniques give way to the sure-fire connection that is made when the person upfront talks about brokenness. At a prayer meeting someone lamented,

We are broken people
Living in a broken world
Breaking things

And on reflection, I wouldn't argue with it.

I also didn't argue with it when it was said because we were talking about plenty of truly broken things in people's lives. Things over which they had no control and that introduced seemingly senseless pain. Brokenness is a word that captures this idea really well and yet, I remember a time when I would have said, “We are fallen people living in a fallen world.” So I've been wondering about the difference.

My church did a series on Joel - the minor prophet who spends three chapters finding synonyms for “swarm of locusts.” The locusts come as God's judgement on Israel. “Why are you telling me this?” you ask. Because somehow we did not talk about judgement in the series: week one: “the power of stories,” week two: “the possibility that pain is for our good,” week three: “the hope for restoration” (my titles). Each week the worship leader would welcome us and talk about how we probably all had rough weeks and that we come together as broken people to be refreshed by the Word and I was being my usual (non-critical) self thinking, “what happened to sin?” 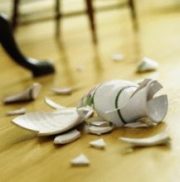 Then it dawned on me. Brokenness is something that happens to us. Jars get dropped, balls hit windows, iphones fall out of pockets - they all get broken and they are broken through no fault of their own. Broken things are victims. We are victims.

On the other hand, sin is something that we do. We are the perpetrators: we pull the trigger, we bend the truth, two options are presented and we choose the morally inferior one. Sinners are blameworthy and we haven't wanted to take the blame since back in the garden.

Brokenness reframes sin turning us into victims
rather than perpetrators

Don't misunderstand me. There are broken things and we are broken people. Not every bad thing that happened to you is the result of your own sin. And yet, the reason that I live in a sinful world is as much about me as it is about anyone else. Maybe in a generation that has such apathy to obedience and holiness, it's time to own up to the part we play in breaking our world.

« A Note on Analogies Responding to Challies: Is It Okay To Deliberately Not Have Children? »
comments powered by Disqus