Rediscovering the Art of Biblical Narrative 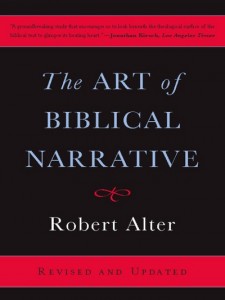 “Religious tradition has by and large encouraged us to take the Bible seriously rather than enjoy it, but the paradoxical truth of the matter may well be that by learning to enjoy the biblical stories more fully as stories, we shall also come to see more clearly what they mean to tell us about God, man, and the perilously momentous realm of history” (p235). So ends Robert Alter’s seminal contribution to biblical literary criticism, The Art of Biblical Narrative. Since finishing Alter’s masterpiece last year I have wanted to highlight a selection of invaluable points he makes with regards to how we: read biblical narrative; navigate and answer theories of textual criticism; and fully appreciate the Old Testament’s rich theology.

1. A unified and sacred text

Alter’s approach to the Hebrew text treats it as “an intricately interconnected unity” rather than a patchwork of disparate documents (p11). It is tragically ironic that Robert Alter’s view of the Old Testament is higher than much modern Christian scholarship. Modern criticism has not only undermined Scripture’s cohesion but also blinded us to, “the manifold varieties of minutely discriminating attentions…the artful use of language…shifting play of ideas, conventions, tone, sound, imagery, syntax, narrative viewpoint, compositional units, and much else” (p13). For it has caused us to ask, not what the text has to teach us but rather, what these literary phenomena reveal about the history and formation of the text.

You might agree that Alter is right in pointing us to the minutiae as literary mechanisms, yet feel that modern criticism provides the only explanation for the glaring discontinuities, duplications and contradictions in the biblical text. But Alter argues that in order to reach “the fullness of statement they aspired to achieve as writers,” at times they violated what was later decided constitutes a canon of unity and logical coherence (p165), our assumptions regarding literary unity. And a littler later, he adds that we must recognise that “the Hebrew writer might conceivably have known what he was doing” while we do not (p169). What we construe as editorial error may very well be included for a literary function within a carefully crafted narrative, of “composite artistry.” 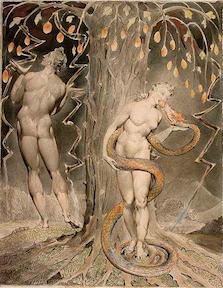 Although Alter does not subscribe to the traditional Christian view of inspiration, he does hold revelation and the Hebrew text closely together saying, “With language God creates the world; through language He reveals His design in history to men” (p140). Alter sees this as the underlying assumption of biblical narrative: economically selected and specifically arranged language that does not merely convey the narrative events but serves as an integral and dynamic component in God’s intermittent self-disclosure and frequent non-disclosure. In summary, Alter views the biblical text as a divinely inspired vehicle, in the form of narrative, which addresses and confronts the reader. Modern criticism too often tends towards viewing the Bible as a rudimentary and careless collection of disparate texts, shoddily edited, whose only value in study is the development that led us to the final, albeit rough, product.

I have touched on textual criticism generally and will offer some of Alter’s more specific and smarting critiques. Christians and Jews have long regarded the Old Testament as a unitary source of divinely revealed truth, this was, however, before the advent of modern biblical criticism. Now, neither Alter nor myself advocate for some sort of ‘chronological snobbery’ when viewing the Scriptures, but Alter does highlight how the modern view, which readily assaults the idea of a unified text, often fails to consider the Bible with any literary interest (p17). Literary criticism suggests that sources are less important than the artistic and composite whole (p21). And I tend to agree since so much criticism is conjecture, whereas literary criticism looks at the text in its final form for answers.

Alter points out how source criticism seeks to break the Bible into its constituent sources and link those pieces to original life contexts. The first problem with this approach is that a psalm is studied in terms of its hypothetical use at a point of Israel’s history rather than treated as an accomplished piece of poetry. Secondly, source criticism attributes repetition in the Hebrew text to a duplication of sources rather than effective and deliberate literary artistry (p218). When we fail to consider the Bible as literature we run the risk of inventing groundless hypotheses and losing sight of the biblical narrative’s power (p19). 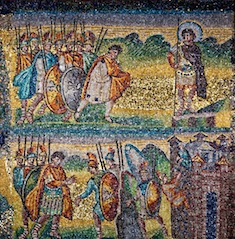 "Redaction criticism," writes Alter, views the Old Testament with a kind of “modern parochialism,” which condescendingly preconceives the ancient text (along with its editors) as simple, because it differs in so many respects to modern works (p23). Alter challenges us to escape the modern provincialism that assumes ‘ancient’ means crude and says we would do well to consider the possibility that whoever gave shape to the integrated text chose to combine versions, perhaps even demonstrating something about his subject with style or content that appears contradictory (p181). Literary criticism, on the other hand, compels the reader to recognise the complexity and subtlety with which it was formally and consciously organised, as artful discourse. What the modern reader might consider contradictory, based on the assumption that the ancient Hebrew writer or editor was inept and unperceptive, may simply have been viewed as superficial in the editorial process; or, as I have repeatedly emphasised, deliberate (p172).

Finally, for now, Alter dismisses the postmodern panoply, death of authorial intent, and the rise of reader response. He does not presume to supply a fixed and absolute meaning for any literary text and we would be wise to assent, since narratives are nuanced and elusive in their meaning depending on who is reading them. Yet Alter rejects the contemporary agnosticism about all literary meaning in favour of considering a range of intended meanings (p222). These meanings are anchored in the unified and carefully written, arranged and edited Old Testament Scripture.