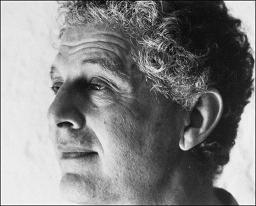 I recently posted some gleanings from The Art of Biblical narrative by Robert Alter, highlighting his convincing exhibition of a literary approach to Old Testament narratives and a selection of his critical engagement with modern textual criticism. In this post, I am going to briefly relate some of the helpful conclusions Alter reaches with regards to Old Testament theology. And to keep this post from being nothing more than a compendium of quotes, I have tried to supplement and develop the author’s thoughts with others’. In brief, we will cover an aspect of God’s nature, the human condition, an intersection of divine will and human failure, and the need for faith.

(1) Yahweh is not manipulated. After working through Numbers 22-24, in which Balak, the fearful king of Moab, hires the pagan prophet Balaam to curse Israel, Alter concludes: “Paganism, with its notion that divine powers can be manipulated by a caste of professionals through a set of carefully prescribed procedures is trapped in the reflexes of a mechanistic worldview while from the biblical perspective reality is in fact controlled by the will of an omnipotent God beyond all human manipulation” (p134). Yahweh is omnipotent. He is neither conquered nor controlled. That was the unavoidable conclusion reached and application made when I preached 1 Samuel 5-7, when the Philistines capture the Ark. First, Israel thought that carrying the Ark to battle would thwart the Philistines (4:3-4), only to learn Yahweh is not controlled as they are defeated (4:10-11). Secondly, the triumphant Philistines set up the Ark in the house of their God, Dagon (5:1-2), signifying they had conquered Yahweh. But as the story unfolds the Ark is passed from town to town with alacrity for Yahweh’s hand is heavy against his enemies (see 5:6, 7, 9, 11; 6:3, 5). The reader thus observes how both the Israelites and the Philistines misunderstood Yahweh’s omnipotence. As Alter says, Yahweh is beyond all human manipulation. To quote D.A. Carson, in The Difficult Doctrine of the Love of God: “He is unchanging in his being, purposes and perfections.” 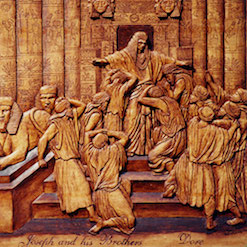 (2) Old Testament anthropology. Because the dominant communicative vehicle of Old Testament stories is dialogue and narrative we are not privileged to introspection and the thoughts behind characters’ actions, characterisation is difficult and quite often unclear. For as Alter says: acts are performed and words are pronounced. That being said, he convincingly shows how Hebrew narrative provides fine insight into the abiding perplexities of man’s creaturely condition (p220). In my previous post I highlighted one of Alter’s more novel points; he argues that whoever gave shape to the integrated Hebrew text may have chosen to combine different versions that on the surface appear contradictory but actually reveal something conflicted about his subject (p181). He models this in his brief commentary on the story of the patriarch Joseph and summates, “the Bible brings us into an inner zone of complex knowledge about human nature, divine intentions, and the strong but sometimes confusing threads that bind the two” (p219; more of this below). Wonderfully worded, he describes mankind’s inner turmoil, “Humankind is the divinely appointed master of creation and an internally divided rebel against the divine scheme, destined to scrabble a painful living from the soil that has been blighted because of man” (p183). The lives of God’s people repeatedly bring out this conflict, within each person and before Yahweh.

(3) Yahweh’s election and human failings. Flowing from the above point to the intersection the omnipotent God and his rebellious creatures, “One of the most probing general perceptions of the biblical writers is that there is often a tension, sometimes perhaps even an absolute contradiction, between election and moral character” (p147). In contrast with competing ideas in the ancient world, the Hebrew conception of man as free in God’s image is fairly unique; God affords his creatures great dignity in placing them as viceroys over his world. Only, as we know, man uses his freedom to rebel against the divine will, which would suggest a irreparable breakdown between creature and Creator, as well as an unworkable incongruence of interest. For man is not only free and rebellious, but even the elect are morally imperfect and worryingly ambiguous characters. Yet, Alter writes, “The human figures in the large biblical landscape act as free agents out of the impulses of a memorable and often fiercely assertive individuality but the actions they perform all ultimately fall into the symmetries and recurrences of God’s comprehensive design” (p141). This point is picked up by Michael Horton in Introducing Covenant Theology, “[Abraham and David’s] personal mistakes (amply recorded) are incapable of thwarting God's purposes”, not only because of Yahweh’s omnipotence but also because by his unilateral and unconditional promises. Though God’s elect often exhibit questionable morality, inconsistent with their call, neither their status nor God’s electing purposes are endangered by the failure of God’s people. 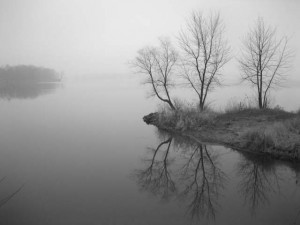 (4) Man must live before God. The biblical narratives, properly read, “tell us about God, man, and the perilously momentous realm of history” (p235). We read in Ecclesiastes that life is a vapour, impossible to grasp and uncontrollably transient, always slipping through our hands. It is in these snatched lifetimes that, “Every human agent must be allowed the freedom to struggle with his or her destiny through his or her own words and acts” (p109). Every individual, “in the evanescence of a single lifetime” must untangle the twisted and knotted fibres of “intentions, emotions, and calculations” that constitute our human personality (p110). Alter thinks that the power and enduring appeal of biblical narrative is the translation of this human experience into story, dialogue and event, “Almost the whole range of biblical narrative…embodies the basic perception that man must live before God, in the transforming medium of time, incessantly and perplexingly in relation with others” (p24). The answer that the Old Testament narratives supply, to how we might live in this unstable and ambiguous world, is starkly ingenuous: faith.