The Silence of God 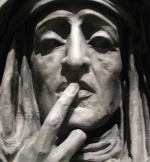 Introductory Note: This is longer than I intend blog posts to be. The purpose of this article is to respond to a question from one of my Bible Education students at Grace College who asked how God speaks to us.

On opening the pages of Scripture we find angelic messengers, voices from heaven, dreams, visions and a whole lot of confidence about what God expected of His people. Many characters in the Bible seem to have had a direct line of communication to God, a kind of speed dial by which any moral dilemma may be quickly addressed. Today, however, God is silent.

His silence is particularly worrying to those of us who are trying to obey, know or understand him. Yet in spite of our desperate questions about the evil that surrounds us, in spite of our personal cries about the future and his will, in spite of sincere longing simply to hear his voice, God remains silent. 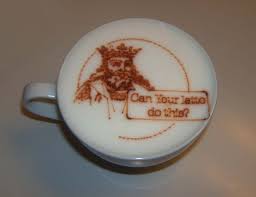 Some have responded to this problem by finding messages in their alphabet soup that God left for them, images of Jesus in latte foam or dreams and visions in which God or one of his angels appears. Many of the rest of us try to listen to God and so close our eyes and empty our minds and wait for a still small voice. Sometimes it comes to us in the form of a butterfly or a flock of birds or an inner peace, sometimes it is in the form of a chill down the back of our spines. Sometimes someone else comes and speaks on God's behalf to tell us what God wants us to know because still, God himself is silent. Or is He? 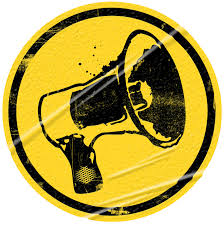 It is difficult to argue against experiences. The previous paragraph of spine-tingling, butterfly flapping events, however, do not constitute the voice of God. The first thing to realise about God speaking is that when God speaks, He is communicating. If God speaks in a way that is not clear and certain, he has failed to communicate. A teacher fails to communicate if s/he gives unclear instruction and leaves students uncertain as to what is required, likewise God fails to communicate if you are left uncertain. Considering God is not given to failure, it seems probable that God is not instructing you to do something if you are left unsure that it was Him to begin with (and so I am reluctant to call butterflies and spine-chills “God's voice”). This leads us to the obvious question: How does God communicate with us? How can we hear the voice of God?

As has been said, Scripture is filled with angels, voices, dreams and visions. It is useful to begin by disabusing us of such an expectation. It's worth realising that the vast majority of people were not the king of Israel or priests or prophets; they were ordinary and they listened to what prophets, priests and kings told them. It was surprising for Samuel to hear God's voice, not even Eli the high priest expected it (1 Sam. 3:1-21) and in fact we read at the start of that story that “the word of the Lord was rare in those days” (v1). Encounters with angels are rare enough that they are commonly associated with fear (1 Chron. 21:30, Luke 1:13, Luke 1:30, Matt. 28:5). The burning bush type experiences of God are not the norm for His communication.

Rather, we find first that God reveals himself to all people in creation. “The heavens declare the glory of God, and the sky above proclaims his handiwork ... Their voice goes out through all the earth and their words to the end of the world,” David writes in the Psalms (Ps. 19:1,4). It by looking at creation that any human being can learn something about God. In Psalm 19, David speaks of how the language of creation is wordless and understood irrespective of language of culture. It is on the basis of creation that Paul says people who have never read the Bible can be held accountable for their actions, “For what can be known about God is plain to them, because God has shown it to them. For his invisible attributes, namely his eternal power and divine nature have been clearly perceived, ever since the creation of the world, in the things that have been made,” (Rom. 1:19-20). So we can know something about God through the world around us. Still, it is an imperfect knowledge and the world is distorted by sin. Rather than knowing about God, how do we know and hear Him? 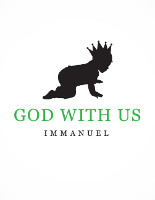 The best answer to that question is the one every Sunday School child knows: Jesus. Jesus tells his disciples, “I am the way the truth and the life, no one comes to the Father except through me. If you really know me, you will know my Father as well. From now on you do know him and have seen him,” (John 14:6-7). So speaking to Jesus is speaking to God and if we know Jesus, we know God. The writer of Hebrews explains, “In the past God spoke to our ancestors through the prophets at many times and in various ways, but in these last days he has spoken to us by his Son...” (Heb. 1:1‑2). Far from being silent, God became man so that his voice may clearly be heard and still, that voice echoes down through history.

Perhaps you are dismayed then that we do not have Jesus walking around explaining things to us today. Remember this though, before Jesus came God's people were living in captivity and oppression wondering whether God existed or had forgotten them. They had little certainty about their interpretation of the Old Testament. It was only during Jesus' short life, that the Old Testament began to be ultimately fulfilled and only after Jesus' death that anyone realised. That's why in the New Testament – which was written after Jesus was raised from the dead – we read the authors' realisation, “This happened to fulfil what was written ...” (e.g. John 18:9, 19:24, 19:36) or “as it is written ...” (e.g. John 6:31, 12:14).

The people who lived in Old Testament times looked forward to something they could not imagine and could only hope against hope would turn out to be true. The people who knew Jesus didn't understand him much of the time and didn't realise who he was until after his resurrection – some of the men trying to be the most godly tried to kill him because they could not understand who he was or what he had come to do. In New Testament times, we have the benefit of the writings of people who knew Jesus and realised how his life fit into God's plan, we have the evidence that God fulfils his promises and we look back on an event in history in which we can place our confidence rather than looking forward in hope. Even so, with Jesus at the right hand of God since his Ascension, the question of how God speaks to us remains. 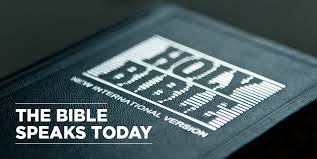 Jesus, after his resurrection, comes alongside a couple of men who are leaving Jerusalem having given up hope in him because they believe that he is dead. They don't recognise him to begin with and explain what they understand about his death but his response is, “beginning with the Moses and all the Prophets, he interpreted to them, in all the Scriptures the things concerning himself,” (Luke 24:27). In its essence, the Bible is about Jesus: the Old Testament looks forward to Him, the New Testament looks back on Him. At the heart of the Bible, Jesus stands as God's Word to us. The way God speaks to us today is through his word. For this reason, Paul explains that “All Scripture ... is useful for teaching, rebuking, correcting and training in righteousness” (2 Tim. 3:16). In fact, the writer of Hebrews says that the Bible, “is living and active, sharper than any double-edged sword, it penetrates even to dividing soul and spirit, joints and marrow; it judges the thoughts and attitudes of the heart,” (Heb. 4:12).

Sometimes we may wonder why God chose to speak to us through a book written long ago and over thousands of years that can be hard to understand. That does not change the fact that He did though and it means that if we want to hear the voice of God, the only way to do that is in the words of Scripture. As the Christian writer Francis Schaeffer famously wrote of God, “He is there, and He is not silent”.