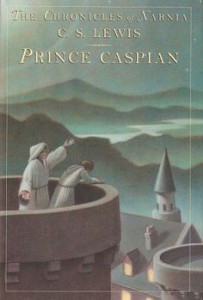 Similarly to The Horse and His Boy, in Prince Caspian we see the uncertain tension of life between Aslan’s victorious death and his decisive defeat of evil in the future, The Last Battle. For those with ears to hear, Lewis is using narrative to evoke in his readers what it feels like to inhabit the Christian story and encounter the Christian God. However, all is not well when we enter Narnia with the Pevensies: the alluring enchantments of Narnia, talking Beasts, and even Aslan have been forgotten as the Telmarines’ reign strangles the once magical lands. Early on in the novel we see conflicting stories being told about the past, as the Telmarines attempt to change Narnia forever, creating it in their own image. “The sort of History that was taught in Narnia under Miraz’s rule was duller than the truest History you have ever read and less true than the most exciting adventure story” (p408).

When Miraz broaches the topic of Caspian succeeding him on the throne of Narnia, the latter wistfully mentions the Old Days of Narnia, “When everything was quite different. When all the animals could talk, and there were nice people who lived in the streams and the trees” (p335). Miraz is quick to dismiss these “fairy stories”, claiming they are for children and not kings. When Caspian reveals that he has heard much about the Old Days and Aslan, from his nurse, she is promptly sent away (though not from the story entirely, see p409-410). Doctor Cornelius replaces her, becoming Caspian’s tutor. And following a far from insignificant astronomy lesson, Cornelius confirms the stories Caspian heard from his nurse but was kept from believing (p338). We also discover that the Telmarines “silenced the beasts and trees and the fountains…killed and drove away the Dwarfs and Fauns, and are now trying to cover up even the memory of them. The King does not allow them to be spoken of.” The stories of old carry great power, and the Telmarines know this.

More than being weary of the old stories, the Telmarines create new ones and distort others to keep people from knowing the truth. When Caspian is told that he must flee the castle through the Black Woods he baulks for fear of what lives there. Cornelius assures him, “Your Highness speaks as you have been taught. But it is all lies. There are no ghosts there. That is a story invented by the Telmarines. Your Kings are in deadly fear of the sea because they can never quite forget that in all stories Aslan comes from over the sea” (p340). We might draw a parallel with the Tarkaans, in The Horse and His Boy, who speak about Narnia as, “Chiefly inhabited by demons in the shape of beasts that talk like men, and monsters that are half man and half beast [and] a demon of hideous aspect and irresistible maleficence who appears in the shape of a lion” (p258). Young Caspian has grown up hearing conflicting stories, as we all have. These stories are fashioned to counter and discredit others, functioning as powerful vehicles of persuasion. But which stories should we believe, which contain the truth?

I have answered that question elsewhere, discussing philosophy, but in the Narnian narrative Lewis’ characters are wrought with uncertainty, embodying a variety of positions. Some abandon hope and selfishly favour evil power instead, such as Nikabrik (see p392-4); others, like Trumpkin, dutifully follow orders though full of disbelief (p360); and still others remember the stories of old rooted in their past and full of effective promise, like Trufflehunter (p352, 359). As readers we are drawn into this milieu of conflicting stories. But we are invited to do much more than merely observe the characters’ struggles to make sense of their own world, for Lewis wants us to consider our own world and the stories we believe. 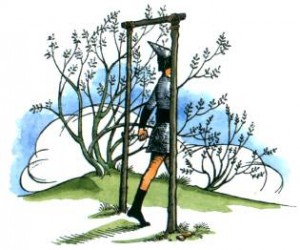 As approach the end of Prince Caspian we are meant to hear a note of tragedy amidst the mirth at everything being put right, as a son of Adam is enthroned as the king of Narnia in submission to the High King of Narnia (p411, 416). The poignant note is Aslan permitting the Telmarines to return to their own world (p415-7). They had inhabited Narnia, encountered Aslan, and experienced the old story’s triumph but in the end choose to leave it all behind, suffering the consequences of deeply ingrained stories that kept them from believing another. It is true that some of the younger Telmarines entrust themselves to Aslan and pledge allegiance to Caspian, the new king of Narnia, but the Telmarines that return to our world reveal the dangerous power of stories to keep us from knowing the true story. Listen to Aslan, earlier in the series, full of regret and deep sadness, “Oh, Adam’s sons, how cleverly you defend yourselves against all that might do you good” (p98).

« Stop What You're Doing and Read What is Expository Preaching? »
comments powered by Disqus