What is Expository Preaching? 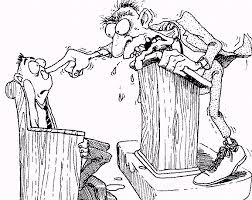 I suppose the type of person who reads this sort of blog would, in general, be sympathetic to the notion of "Expository Preaching". All the cool kids are doing it these days. All the people the cool kids listen to say it's the only way to be faithful to Scripture and preach the full counsel of God. I must say, I pretty much agree (I'm cool like that). It seems, though, that the term and its meaning have become somewhat removed from one another.

When I hear the words "expository preaching", the idea that is usually being expressed is that of a pastor preaching section by section (perhaps even verse by verse) through a chunk of the Bible - whether that chunk be Jude, Isaiah or Genesis 1-12). The point is, expository preaching is defined by what the sermon was on last week and what it will be on next week.

It's great to do series through books. It can truly help people understand what the book as a whole is really about and knowing what's coming could (in theory) enable people to read and think ahead for sermons that are still to come. That sort of engagement is, and would be, fantastic but honestly, it's rare. 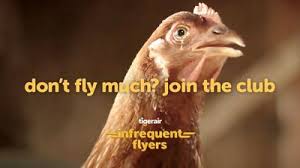 Something for preachers to consider is the fact that today people consider themselves regular church attendees if they go once in six weeks - twice every three months. That's not going to do much for continuity. What's more, among those who attend every week, how many can tell you what the text of the sermon was from the previous week, never mind the main points? It's terribly naive to believe that the average member of your congregation is reading ahead because you're moving consecutively through a book.

What may be a surprise to many is that, technically, expository preaching is actually not about preaching section by section consecutively through a book or portion of Scripture. It's not about what came last week and what will come next week. In actual fact, "expository" preaching is about "exposition".

"Exposition" means that if you arrive at my sermon today and never hear anything else I preach, you should go away understanding this passage. Exposition is about presenting and explaining the idea or message embedded in the passage of the day. Exposition is an attempt to read the Bible in such a way as to understand it correctly. 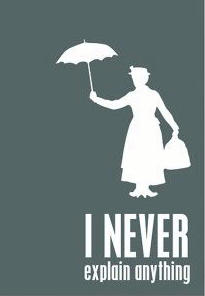 That means that if we're wondering whether preachers (or even we ourselves) preach expositionally, the question is not, what was the sermon on last week. The question is, does the sermon make sense of the passage in the context of its place in the book and its place in the Bible and is whatever application stems out of that. The key is that such application is grounded in the meaning and message of the text.

I often hear derision at the idea of topical sermons. I think we have even used to use preaching styles (expository vs topical) as a litmus test; demarcating conservatives and liberals. To be fair, "topical" preaching can be a facile excuse for an appalling use of Scripture. Essentially though, "topical vs expositional" is a false distinction. We could hear a series of sermons on humility (a topic!) taken from John 13, Philippians 2 and Jeremiah 9:23-24 and be listening to excellent exposition because humility is a major teaching point when each text is rightly understood. In contrast, I have heard plenty of sermons from consecutive passages that hardly dig into the meaning of the text at all, whose applications have little or nothing to do with the text in its context. However, "biblical" that sort of sermon may be, it's not helping me understand the Bible.

The real question to ask of our preaching and our preachers is whether or not they are helping us understand the text. Exposition is an attempt to do exactly that: beware of false imitations.