Jesus' Resurrection and the Christian Life 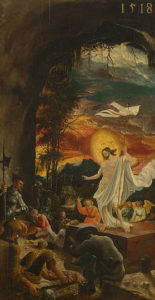 Though the reference eludes me, C. S. Lewis once wrote, “A man can't always be defending the truth; there must be a time to feed on it.” In the past I have written posts defending the historical veracity of the resurrection: the first argued that the most convincing reason for the existence and expansion of the early church is Christ’s bodily resurrection; the second compared Christ with the Caesars, asking why an itinerant Jewish rabbi is remembered as a god while his contemporaries, worshipped in the Imperial Cult, are all but forgotten. Following Lewis’ dictum, my aim in this post is to offer a few theological points on the resurrection that I hope will encourage and exhort believers. Come and feed on the resurrection, let it nourish your soul.

Jesus told his disciples, “I lay down my life that I may take it up again” (John 10:17). When we slow down and reflect on these words we cannot but be in awe of Jesus. His power matches his promises. The resurrection is no parlour trick. It is the validation of all that he said he would do. Elsewhere Jesus is recorded saying that he would give his life as a ransom (Mark 10:45). Therefore at the resurrection Jesus is not merely vindicated as a martyr or misunderstood zealot but confirmed as God’s Messiah. His work is powerfully presented as complete. What does this mean for us? It means that Christ can be trusted. His word can be believed. We can depend on him for the salvation he promised. It is here that a biblical definition of faith emerges. If Christ died and three days later took his life up again then there is something more certain than death and taxes: our own resurrection.

In the resurrection our lives gain real meaning

In one of his autobiographical works, titled Confessions, Tolstoy admitted that he seriously considered taking his own life, as he suffered from severe melancholy. As he did so, he was haunted by a question, ‘Is there any meaning in my life that the inevitable death awaiting me does not destroy?’ Despite his monumental achievements and influence the crushing conclusion he drew was that death brings an end to all of them. A similar sentiment can be read in 1 Corinthians 15:32, where Paul wrote, “If the dead are not raised, ‘Let us eat and drink, for tomorrow we die’”. Frighteningly, such outlook can not only be widely observed today but is celebrated. Importantly, however, while gallantly expressed with a drink in hand among friends it is far more sobering to reflect on quietly—and alone. We should do so, since we will all face death alone. 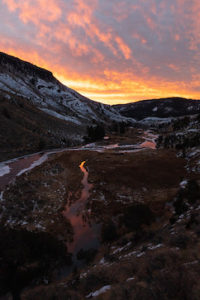 Earlier in 1 Corinthians Paul wrote, “If Christ has not been raised, our preaching is useless and so is your faith” (15:14); and a little later, “If Christ has not been raised, your faith is futile; you are still in your sins” (15:17). Part of Paul’s argument in this chapter is that for the Christian life is not vain and death is not final. Apart from the resurrection we only have only death to look forward to, when everything we spent our lives pursuing is lost. In the resurrection, on the other hand, “Death has been swallowed up in victory” (15:54). Though this life is besotted with blessings it labours vainly for meaning if death has the last say. For the Christian even though death is inevitable it does not destroy. One of J. I. Packer’s regularly quoted verses is John 17:3, “This is eternal life, that they know you, the only true God, and Jesus Christ whom you have sent.” To know Christ means eternal life has already begun. To know his resurrection means this life is not futile.

By the resurrection we are set free from sin

In 1 Corinthians 15, mentioned above, Paul makes the point that Christ’s death means we need not fear God’s judgment against sin. As Paul puts it, ‘Death has lost its sting, which was our sin.’ We are free from the power of sin in the future. But in Romans 6 Paul mounts a different argument: Christians are free from the power of sin in the present. It reads,“We are those who have died to sin; how can we live in it any longer?” (6:2); “We were buried with him through baptism into death in order that, just as Christ was raised from the dead through the glory of the Father, we too may live a new life” (6:4); and “We know that our old self was crucified with him so that the body ruled by sin might be done away with, that we should no longer be slaves to sin – because anyone who has died has been set free from sin” (6:6-7). Paul’s point, which is worthy of much more reflection and rereading is that objectively the power of sin is broken in the life of the Christian. Therefore when we sin we do so freely and not under compulsion. Sin is our decision to submit to a defeated power. Our sin denies the work God has done and defies the work he is doing.

A few verses later Paul offers one of the first imperatives in the book of Romans, “Count yourselves dead to sin but alive to God in Christ Jesus. Therefore do not let sin reign in your mortal body so that you obey its evil desires” (6:11-12). Echoing Paul I say this as much to myself as I do to you: the resurrection broke the power of sin, which means you are no longer a slave. Stop choosing slavery; stop choosing sin. We have been raised that we might live a new life, a life no longer marked and defined by sin. I know that I often do not believe this, particularly when I struggle with sin and temptation. But according to these verses in Romans 6 when I sin it is not because I was powerless to do otherwise. When I sin it is because I am not standing with conviction and resolution in the power of Christ’s resurrection. Go and sin no more, as you go with the confidence found in Christ’s finished work.

« Who is Easter for? The Woeful Exchange Doodle: Thanos and Abortion »
comments powered by Disqus