Last year I wrote a satirical piece at Rekindle, 5 Steps to Feeling Better About Killing Unborn Children. Though a few readers called my approach insensitive and unhelpful, I remain convinced that satire has its place in debate—even this one. In case you missed that article, and do not plan on reading it, I tried to unveil the callous, cruel and murderous truths about abortion, particularly behind the pro-choice rhetoric. In this short doodle I want to outline a phenomenon I have observed in the incendiary conversations around this issue, at the personal and legislative levels. What is that? As lobbies push to have the option for abortion set later in a pregnancy, it seems to me that people on all sides are growing increasingly uncomfortably that we are killing children. But before we get to that, let us consider Thanos. 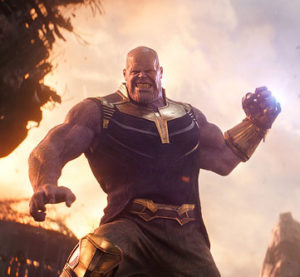 The question I want to put to you, off the back of Avengers: Infinity War, is this: can we really call Thanos a villain? I am not contrasting his surprisingly deep and conflicted character with the cardboard cut-out nemeses typical of Marvel films. My question is concerning his mission, to restore balance in the universe by wiping out half of all living things. In fact, a recent article at Forbes actually argued that Thanos’ ambitions may not be evil or even wrong. “Look at our planet,” we can imagine someone saying, “it cannot endure humanity’s abusive consumption, devastating expansion and careless disposal of waste.” If only half of the world’s population simply vanished, with the click of a finger, surely we would find ourselves in a far more sustainable position. What Thanos set out to accomplish is arguably something desperately needed—at least on earth, I can’t speak for other species. So is he really a villain?

Despite the above, no one is rooting for Thanos. Because his life’s goal is nothing less than killing half of all living things. For this we deem him the villain, and most likely went to watch Avengers: Endgame to see his efforts foiled. Coming back to the matter of abortion, I think we can draw an uncomfortable contrast between how we view abortion and Thanos. Though the former is a disturbing fate for innumerable unborn children most of us are more concerned with the fictional genocide. Only, pro-choice advocates do recognise the similarities, which is apparent in the adapted defence and arguments we are hearing more and more. 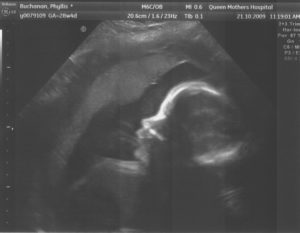 In my previous post I pointed out how pro-choice rhetoric majors in women, progress and prefers impersonal ways of speaking about the unborn (foetus, cells, etc.). But as the option for later and - in some abhorrently distressing places - full term abortion becomes a reality it simultaneously becomes harder to deny what is happening. We have all seen the pictures. Those are babies. In many cases they would survive outside the womb. Murder of unborn children is being sanctioned and most people with any sense know it. It is here that a shift takes place. For as long as the aborted life bears no marks of human life or form people were fairly comfortable to affirm a woman’s right to choose. But now many people are finding that harder to swallow, let alone stomach.

Re-enter Thanos. Stripped of the rhetoric he is simply a murderous tyrant. He wants to kill half of all living beings in the universe; we, on a smaller scale, want to kill babies without it unsettling our consciences. So we do what he does: justify it. How? Socioeconomic factors. So pro-choice advocates ask questions such as: what kind of access will the child have to education; will this perpetuate poverty and crime cycles; and what about the life that the mother will never have? These considerations are not unlike those employed by Thanos when he wiped out half the universe. Yet we despise him for that. We call him evil. We long and hope for justice. Sadly many people only possess that sober assessment when it comes to a fictional universe on the screen, and tragically lack it when it comes to earth.

« Jesus' Resurrection and the Christian Life Why Bother With Church? »
comments powered by Disqus