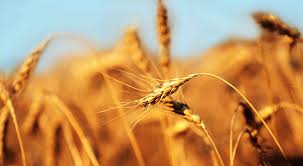 Have you ever read the Bible and thought, “why is this even here?” Me too… and that is especially true when I read Numbers 7. But, I have just found a way of reading at least some of it in a new light. In the NIV for Numbers 7:87 we simply read,

The total number of animals for the burnt offering came to
twelve young bulls,
twelve rams and
twelve male lambs a year old,
together with their grain offering …

Numbers 7 is (I think) the most repetitive chapter in the Bible; the offerings brought by each tribe are enumerated (for all the twelve tribes). By the time we reach verse 87, we are in the summary section that recounts (in laborious detail for the thirteenth time) what each tribe had brought. But recently I read this verse in a Rabbinic interpretive translation (the Targums), which says:

The Rabbis have added these interpretive elements to the end of each line. They're all interesting but take a look at the end of the last line – yes, pause and re-read it. Question: Why should we offer grain offerings? Answer: because hunger will pass from the world.

because hunger will pass from the world!

That's an awesome justification – imagine living in an evironment in which you work your land, growing all the crops you possibly can and, when harvest comes, knowing that this is what you will be surviving on until the next harvest. Before you start gathering it all up though, you take a bunch of it and offer it to God. Why? Because hunger will pass from the world. That is, because the harvest you are gathering in right now is from him and by giving an offering you are acknowledging that if you needed more, God would have given you more and, as his child, one day he will; one day hunger will pass from the world.

« Doodle: Euthyphro and the Freedom of God For the Illumined Mind »
comments powered by Disqus