For the Illumined Mind 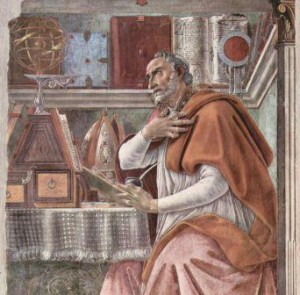 There is a special breed of Christian, well at least in my opinion, who were brought to life from a state that appeared quite alive to begin with; those people who were actively searching for truth but were unable to grasp it by their own pursuit.

Of course we understand that they were not truly living since all things apart from Christ are spiritually dead, but a special type of person I still feel. The kind of person Paul preached to in Athens, who groped around in the darkness for the Truth who was not far off (Acts 17:27). People like Augustine who reflect: “I enjoyed the books, while not knowing Him from whom came whatever was true or certain in them. For I had my back to the light and my face to the things upon which the light falls: so that my eyes, by which I looked upon the things in the light, were not themselves illumined.”

There is a world of information and knowledge, where truth can be discovered, with many thinkers, readers and writers operating in it; intelligent people who have studied broader and deeper than I ever think I will. But there is one supreme truth that many of these intellectuals will continue to fumble in the darkness for, one that many simple minded men have taken hold of: Christ Jesus! “For although they knew God, they did not honour him as God or give thanks to him, but they became futile in their thinking, and their foolish hearts were darkened” (Romans 1:18).

But by the mercies of God, “he saves us, not because of the works done by us in righteousness, but according to his own mercy, by the washing of regeneration and renewal of the Holy Spirit, whom he poured out on us richly through Jesus Christ our Saviour” (Titus 3:5-6).

This special Christian, who once pursued knowledge by the pattern of the world, is now set free by the mercy of God to think and reason and calculate in truth. I love to watch this person, who so loves to think, suddenly understand the information he has curiously stored up all his life. Their minds reboot and now direct them on a path of living out the will of God. David Peterson in Possessed by God writes,

“It is a fundamental principle of Christian spirituality that God does his sanctifying work through our minds. In so doing he works with our conscious cooperation and permission.”

A great reversal has taken place, the Romans 1:21 man now becomes a Romans 12:2 man and the instruction is to be “transformed by the renewal of your mind, that by testing you may discern what the good and acceptable and perfect will of God is.”

But caution, there is still the warning to not be conformed to the world, because the wisdom and influence of the world is very appealing. It draws out our old compulsive nature and deceives us once again into thinking that it is true wisdom. But it is folly because worldly thinking has not been thought through to completion. The godless man looks at life as it is now, as if this is all there is and ever will be. There is no vision of a perfected world; no decision made in light of the eternal. Whether consideration has been given for an entire lifetime or for one-hundred lifetimes, it is still too short-sighted to be fully good, perfect or true. How difficult it is to keep our minds set on things above, allowing the prospect of eternity to shape our perspective. This short life is so distracting and enticing; to pursue comfort, worldly knowledge and acclaim. As explained so well from the pulpit recently, the only gain in death is if to live is Christ (Philippians 1:21). Any other life pursuit will end in loss and prove you to be the greatest fool.

“But that is not the way you learned Christ!” To paraphrase Ephesians 4:18-23: Your mind is no longer futile, ignorant of the eternal or darkened in its understanding. You have heard about Jesus, you were taught in Jesus, as the truth is in Jesus. Therefore, put off your old self, be renewed in your mind and put on the new self. 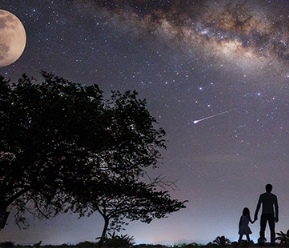 It is no wonder that it is the Spirit who works this out in us. He is from the eternal, sets our minds on the eternal and makes us into a new self, preparing us for the eternal. We are being made into forever beings, in the image of our creator, and the preparation begins in our minds (Colossians 3:10). It is amazing that God would go through so much effort to acquire for himself someone like you for forever!

Reader, fabulous and most brilliant mind, be renewed so that your discernment will be clear to see that the most reasonable offering to God is yourself.