Doodle: Euthyphro and the Freedom of God 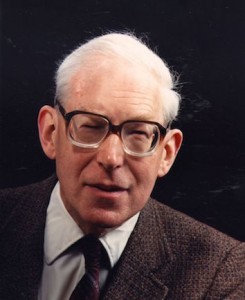 “Does omnipotence mean that God can do literally anything? No, that is not the meaning. There are many things God cannot do. He cannot do what is self-contradictory or nonsensical, like squaring a circle. Nor (and this is vital) can he act out of character. God has a perfect moral character, and it is not in him to deny it. He cannot be capricious, unloving, random, unjust, or inconsistent. Just as he cannot pardon sin without atonement, because that would not be right, so he cannot fail to be “faithful and just” in forgiving sins that are confessed in faith, and in keeping all the other promises he has made, for failure here would not be right either. Moral instability, vacillation, and unreliability are marks of weakness, not strength: but God’s omnipotence is supreme strength, making it impossible that he should lapse into imperfections of this sort.”

The above paragraph was penned by J. I. Packer (Affirming the Essentials), discussing what we mean by the adjective “almighty,” in the Apostles’ Creed. For most of my Christian life I have enthusiastically ingested every work I can get my hands on by Packer, always finding them agreeable and appetising. Therefore writing this post makes me a little uncomfortable. Admittedly, the uneasiness caused by Packer’s paragraph is mild, not mortally threatening; however – I feel – an important distinction needs to be made for the sake of theological health. “What is it?” I’m sure you are impatiently wondering. My issue is Packer’s use of the word: “Cannot.” While I am in agreement with Packer I would want to say this: There is nothing that God cannot do, but there are many things he will not do. 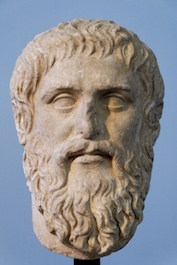 Some readers will be familiar with the Euthyphro dilemma, found in Plato, which poses the question: “Is the pious loved by the gods because it is pious, or is it pious because it is loved by the gods?” Plato was asking if goodness is something that exists externally to the gods or whether whatever the gods declare to be good simply is. Packer skirts the dilemma by stating that God’s character is the measure of and motif behind all of his actions. But I cannot help feeling that we should avoid saying, ‘God cannot,’ and favour, ‘God will not.’ It might seem pedantic but – with Plato in mind – we should insist that God does not subscribe to any standard outside himself. Claiming that there are things God cannot do implies something less than omnipotence, divine freedom, and sovereignty. God is just, good, and loving; his actions express his character. But God is trustworthy because in his freedom he acts in accord with his character. Listen to A. W. Pink, in The Attributes of God: “So far from God being under any law of “right,” he is a law unto himself, so that whatsoever he does is right.”

Before closing I want to pick up on two doctrines that illustrate the distinction I have touched on. Firstly, creation was not necessary. When teaching Genesis 1-2 you are bound to hear the thought that God created humans because he was lonely. Wrong. Hear A. W. Pink again: “During a past eternity, God was alone: self-contained, self-sufficient, self-satisfied; in need of nothing. Had a universe, had angels, had human beings been necessary to him in any way, they also had been called into existence from all eternity…God was under no constraint, no obligation, no necessity to create. That he chose to was purely a sovereign act on his part, caused by nothing outside of himself.” Secondly, God did not need act to redeem creation and rescue his creatures. Perhaps you have encountered this line of reasoning before: ‘Had God not acted to save sinful people he would not be loving.’ But that: (a) imposes an action from our expectation on God, implying he is not free, and (b) denies that the triune love shared between Father, Son, and Holy Spirit is perfect or complete without salvific action on God’s part. Commenting on God’s impassibility in The Difficult Doctrine of the Love of God, D. A. Carson writes that God’s love is perfectly harmonious with his wisdom and will, clearly expressing his being, but we must assert that “If God loves, it is because he chooses to love.” 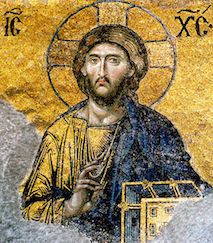 Drawing this post to a close I realise that my critique is both pedantic and imprecise. My hope, which is always the result of exploring God’s attributes, is that reflecting on God’s power and perfections you might praise him for his attitude towards us, the creation. God’s action towards us is not dictated by anything outside of himself. In both creation and redemption God decided to act, therefore we should rejoice that we are not products of necessity, nor are we pardoned by compulsion—it is all of grace.