How Literary Criticism has Damaged Our View of the Gospels 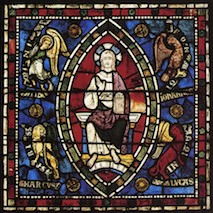 I few months back I posted lauding literary criticism, propounded specifically by Old Testament scholar Robert Alter. Those posts might have given the impression that literary criticism is faultless, perhaps even the silver bullet for interpreting biblical narratives. But in this post I want to briefly discuss a negative outcome that has arisen from literary criticism, affecting the way that we view and interpret the four Gospels.

Literary criticism avoids many of the problems resulting from the historical critical approach to the Gospels. As James argues in a post on the pitfalls of literary criticism: the text is viewed as a whole, not an overly edited stitch work of traditions and sources; and the narrative is brought into focus reducing the emphasis on mirror reading. Mark Allan Powell contrasts historical and literary criticism with the very helpful metaphor of a window and a mirror. Powell notes that historical criticism treated texts like windows, things that the author might peer through to learn (and imagine) about another space or time. Literary criticism, on the other hand, acts as a mirror, drawing our attention to the text itself, as insights are discovered in the interaction between reader and text. But this does not mean it is without its own problematic assumptions and aftereffects.

The negative outcome that I want to address is ironically not too dissimilar from overreaching consequences of historical criticism, which made Scripture the means to historical conjecture and reconstruction. I am referring to the advent of what we call the “Matthean Jesus” or the “Lukan Jesus.” As adjectives indicating which Gospels we are referring to these are helpful markers, but the danger inherent to this language is the advent of four Jesuses. So, as it was with historical criticism, our attention is drawn to what lies beyond the window. Furthermore we are duped, by the stress on four single Gospels, into losing sight of the single historical Jesus. Our aim in studying the Gospels is not to discern the “Markan Jesus” from the “Johannine Jesus;” it is to encounter the Lord Jesus Christ, the one mediator between God and men. An overzealous literary critical approach to the Gospel narratives can result in the conjecture embodied in historical criticism. 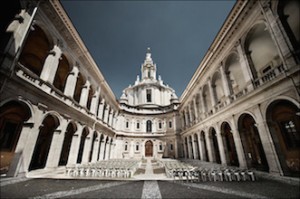 I have no interest in denying the many distinctions between the four Gospels, especially when one contrasts the Synoptics with the John’s Gospel. As T.D. Alexander says in his short book Discovering Jesus (p14), we must seek to understand why Jesus’ earliest followers embraced four accounts of his life and also appreciate the unique contribution each Gospel makes to offer us a rich picture of who he is. In another succinct work, The Message of the Cross, Derek Tidball offers a memorable and helpful illustration. Asking us to imagine the four Gospel writers as witnesses to the a scene being played out in a public square, he writes, “[They] throw open the windows, one on each side of the square, and describe what they see. Their reports have plenty in common, but each records what he sees as he views it from his own angle...No doubt each is alert to those aspects of the scene that fit his own interests and strike him as particularly relevant to the audiences for whom he writes" (p118). There are undoubtedly four peculiar Gospels, yet one unique Lord.

C.H. Dodd, who held a very liberal view of Scripture, argued convincingly in The Founder of Christianity for such a single, historical Jesus: “This whole body of sayings, handed down through different channels, has [the] unmistakable stamp [of a single mind].” For Dodd the differences across the four portraits in no way steered the reader away from the sane immense person pictured in each. We would do well to follow in his studied conclusion, along with others’ careful consideration, of the four Gospels' life in the early church, that looks into the mirror before trying to look through them.

« Should Christians Care about Shower Heads and Red Berets? The Magician's Nephew: A Strange but Familiar God »
comments powered by Disqus