Should Christians Care about Shower Heads and Red Berets? 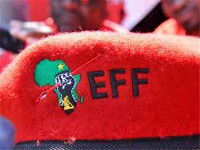 The reality is that we live in a country in which our leaders command very little respect and are generally not characterised by their integrity or moral fibre. We are a society far flung from the ideals of a ruler “unbiased, who takes no bribe, who executes justice for the orphan and the widow and who loves immigrants and refugees.” That's Deuteronomy 10's description, by the way, of God. So now as Christians living in this morally bankrupt society, what should our response be? What do Christians have to do with politics in a country such as our own?

Perhaps the response is to leave it be. What does this society have to do with us after all? I mean think of Philippians 3:20, “our citizenship is in heaven,” Hebrews 13:14, “here we have no lasting city, but we seek the city that is to come.” If all this is going to burn, then why bother? I am considering exploring a counter argument that looks at the early church but at this point, I am convinced that Christians do indeed have a public responsibility and this is why.

As exiles, if the land prospers, we prosper 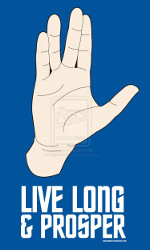 There is something of our situation not unlike the situation of the Israelites living in exile to whom Jeremiah (29:4-7) says:

The Lord God of Israel who rules over all says to all those he sent into exile to Babylon from Jerusalem, “Build houses and settle down. Plant gardens and eat what they produce. Marry and have sons and daughters. ... Work to see that the city where I sent you as exiles enjoys peace and prosperity. Pray to the Lord for it. For as it prospers you will prosper.”

This is many generations after David and Solomon. God punishes the rebellious southern kingdom by allowing the Babylonians to invade and take masses of people into captivity (like Daniel and Jeremiah). These exiles get plonked in a new land far from home and far from hope. If I'm an Israelite living in Israel, it's easy to want everything around me to prosper - it's the promised land! I care about the land because it's God's land and I'm one of God's people. When I get taken into captivity though, I lose all those reasons to care about what's happening around me. What's more, I don't live under God's rule anymore – the people in charge are actually my oppressors. So why should I care? God's instruction however is, "Build houses and settle down. Plant gardens and eat what they produce. ... Work to see that the city where I sent you as exiles enjoys peace and prosperity. Pray to the Lord for it. For as it prospers you will prosper."

There is a sense in which South Africa is not our home. Even so, in the sense in which we are exiles, if the land prospers, we prosper. Just as the Israelites living in exile were instructed to go on with their lives and contribute to their society, I believe so are we.

All authority is delegated by God 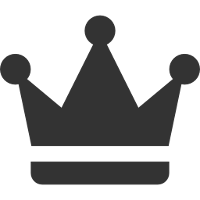 It's pretty easy to poke fun at our leaders - as Zapiro so masterfully illustrates. And honestly, that's because our politicians do pretty stupid things pretty regularly. The problem is that frequently it's not just stupid things that get done but malicious things and they aren't just the kinds of things we ridicule, they're the kinds of things we mourn. Children don't get textbooks that tax money has paid for, presidents get ostentatious houses while millions live in shacks, grant money vanishes. Very often our response to our leaders is ridicule and disrespect. It's not a surprising response but it is the response of a people who don't recognise a biblical truth.

Consider Daniel who we normally remember because he interprets Nebuchadnezzar's dream. Just as a reminder: Nebuchadnezzar; evil enemy king who has just dragged the cream of Israel off into Babylon. Typical Israelite response: “what has happened, obviously the gods of the Babylonians are more powerful than our God.” Yet, God reveals the meaning of Nebuchadnezzar's dream to Daniel and here is Daniel's prayer (Daniel 2:20-23),

Praise be to the name of God for ever and ever;
wisdom and power are his.
He changes times and seasons;
he deposes kings and raises up others.
He gives wisdom to the wise
and knowledge to the discerning. ...

Daniel recognises that God is sovereign; “he changes times and seasons.” What does God do with that sovereignty though? “he deposes kings and raises up others”. Daniel, in exile from Israel, no longer living with one of the descendants of David as his king, realises that God has deposed that king and has set up Nebuchadnezzar.

Let everyone be subject to the governing authorities, for there is no authority except that which God has established. The authorities that exist have been established by God.

Imagine reading those words a few years later when Nero is in power. Paul carries on though,

whoever rebels against the authority is rebelling against what God has instituted, ... For the one in authority is God’s servant ... Therefore, it is necessary to submit to the authorities, not only because of possible punishment but also as a matter of conscience.

So Paul's conclusion is, “pay taxes” - give whatever you owe, taxes, revenue, respect, honour. Why? Because all authority is delegate by God.

It's true that sometimes those in authority abuse their power and misuse their authority. But by virtue of the fact that they rule because God has established them, we owe them honour and respect. Everything they institute that is not immoral - i.e. contrary to the will of God - is not something we can oppose on theological grounds. So if the ANC decided to use their majority to make the country communist, we must recognise that communism is not inherently evil and so although we can argue that it's unwise, we can't say that they have forfeited the right to rule under God's authority.

We need to be very careful when we want to demean or ridicule our leaders because their authority comes from God. When Israel wants a king God says to Samuel, who is leading them at the time, “do what they want; they haven't rejected you, they've rejected me.” And there is always the possibility when we turn against our leaders that we are rejecting God. 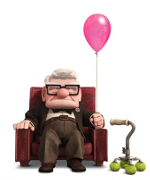 One profound truth underlies our responsibility to our country and to the world. We are not really exiles. The surprising and often neglected teaching of the New Testament comes from the understanding that God is working with this world, right here. 2 Corinthians 5, “In Christ God was reconciling the world to himself.” Colossians 1, that amazing section about Jesus' divine nature (the fact that Jesus is not just a man, that he is God), culminates in verses 19-20 “For God was pleased to have all his fullness dwell in him [in Jesus] and through him to reconcile all things to himself, things on earth and things in heaven [by the cross]”. The cross is about the reconciliation between God and this fallen world. So yes we're citizens of heaven but that's because God's plan for this world is to bring about his kingdom on earth. Matthew 5:5, “the meek will inherit the earth” is not a particularly enticing promise if God is planning on wiping everything out. Consider Revelation 21 right near the end of the book, John writes,

Then I saw a new heaven and a new earth, for the first heaven and earth had passed away ... And I saw the holy city – the new Jerusalem – descending ... And I heard a loud voice from the throne saying: “Look! The residence of God is among human beings. He will live among them, and they will be his people, and God himself will be with them

There is a sense in which we are exiles that's why it makes sense to say “be in the world but not of it”. But at the same time it is profoundly true that we are residents, the true residents, the rightful heirs of God's world.

The restoration of the world is what is foreshadowed in God's giving Israel the promised land. In the promised land, God is marking out an area for his people. The difference is that now we aren't just hoping that evil will be wiped out of the land, that we won't need to go looking for another leader, that we won't need a priesthood to maintain our relationship with God. He is restoring the entire universe and the dwelling of God will be among human beings. You see we are just waiting for that reality to come to fruition. So in a very real sense, we are the true residents. This world is the inheritance of the people of God. I care what happens to it.

« Who is the Son of God? How Literary Criticism has Damaged Our View of the Gospels »
comments powered by Disqus