How can God become King? The Son of God and Jesus Christ

Recently I reread N.T. Wright’s small but helpful book on worship, For All God’s Worth. This practically rich and theologically thought-provoking book was written when Wright was the Dean of Lichfield Cathedral, and many of the chapters are adapted from sermons he preached there. The question I’m hoping to answer in this post arose from one of Wright’s statement: 'the events of Jesus’ life – specifically his death and resurrection – announced God was at last becoming King' (this is no doubt expounded at length in his newer book, How God Became King, which I unfortunately am yet to get my hands on). We know from Wright’s theology at large that in the gospels we encounter the climax of Israel’s story, as God enters history to fulfil his promises and accomplish his plan to restore creation. But does that mean that God becomes King? Or rather, did God only become King when the second person of the Trinity became incarnate?

The answer that I am going to suggest is drawn from David Seccombe’s book, The King Of God’s Kingdom,as well as lecture notes from his course, Jesus And The Gospels. The answer is also brief, perhaps because it is unfinished, and will hopefully serve as an appetiser to get you thinking about and discussing the question. Please share your thoughts with me if you have any, and perhaps a more complete answer can be offered with time. I will point out just two things in attempting my answer. 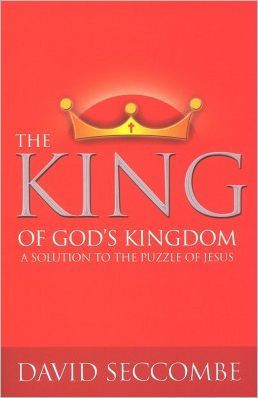 Firstly, ‘Messiah’ is not a synonym for ‘God.’ Jesus’ identity as Israel’s Messiah is different to, though not divorced from, his divinity. The gospel writers devote much of their narratives to proving that Jesus was the Messiah, or Christ. But we shouldn’t confuse that with his divinity (which is a crucial point to remember when preaching the gospels.) Jesus was the eternal God incarnate, an embattled but almost assumed point throughout the gospels. On the other hand, the narratives herald the massive upheaval which was occurring at that point in history: the Messiah had come. The momentous change that saw God take on flesh should prepare us for the unfolding of the New Testament where – at least in some way – God was becoming King.

Secondly, looking at the previous point from another angle, Jesus spoke about the kingdom of God breaking into our world. Before his ministry the kingdom was not fully present on earth for, despite his sovereignty, God’s kingship is rejected by humanity. God was re-establishing his lordship over creation, finally and fully, in the ministry of Jesus Christ. As the kingdom of God promises a new state of affairs, a new age, it will be established by the long awaited King who will rule in peace and justice. And so while God’s universal kingship is constant, unchallenged and everlasting, human disobedience, the source of evil and suffering in our broken world, is being brought to an end with God becoming King on earth and establishing righteousness.

I apologise if that doesn’t provide a satisfactory answer, I never promised it would. But it is apparent from Seccombe that Wright is close to the mark. A responsible reading of the gospel narratives leaves us with the undeniable notion that a cosmic power shift is taking place, and Jesus is at its centre.

« The Futility of Fighting Sin with Sin The road to Emmaus and all the things concerning Christ... »
comments powered by Disqus