Holy Week: What Lies Ahead

'The hardest action to take is the course previously unexplored.’ That is a line from William Horwood’s Duncton Quest, an epic tale about heroic perseverance amidst tragedy and hopeless circumstances. There is much truth in Horwood’s words: the unknown is daunting. But was that the reason for the trepidation with which Jesus went about his task? Was Jesus unaware of what would be demanded of him? There is a wonderful theological word in Christology: nescience, meaning that – as a man – Jesus knew only as much as God the Father revealed to him. Should we conclude then that Jesus was in the dark regarding his messianic task? In this short post I want to explore that question, a fitting reflection for Holy Week. 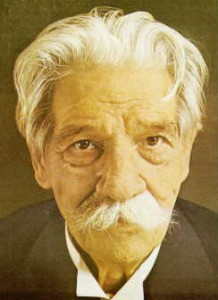 If you have not formally studied theology then are forgiven for being unfamiliar with Albert Schweitzer’s contributions, especially in the search for the historic Jesus. To my shame I have not read Schweitzer and must resign myself to the perils of drawing on secondary sources to represent him, though the point I will be touching on is widely reproduced. One such place is in the writing of N. T. Wright, who borrows Schweitzer’s analogy in Simply Jesus (p183): Jesus is said to desperately throw himself onto the wheel of history after his actions had failed to bring about the kingdom of God. According to Schweitzer, Jesus expected the kingdom to arrive in the immediate future during his itinerant ministry but he was painfully mistaken. David Seccombe summarises Schweitzer’s position like this: after nothing monumental had taken place during his ministry, Jesus was forced to rethink his position and die in order to bring about the denouement. Seccombe continues, "For two years Jesus he had believed that God would intervene to reveal him as the glorious Son of Man and establish his kingdom. Now he realizes…God does not break into human history” (The King of God’s Kingdom, p558). Jesus, previously left in the lurch, at the last, recklessly abandons his life in vain hope; and the cry of dereliction, that tortured utterance of despair, is Jesus’ moment of inglorious truth.

Most of you would read this post will disagree with Schweitzer on a few points, the most glaring being that Jesus was in fact God breaking into human history, as the Son of God incarnate. Other points of departure might be over the timing of God’s kingdom, which in Jesus’ parables is both inaugurated and incremental; the remarkable signs Jesus performed in his ministry indicative of restoration and redemption; and whether the cry of dereliction reveals Jesus’ abandoning his mission or fulfilling it. But I want to challenge Schweitzer’s view of Jesus’ knowledge, which is where we started. 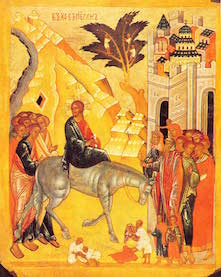 Schweitzer would have us believe that Jesus was largely unaware of God’s purposes, seen in him having unfulfilled expectations during his ministry and most clearly demonstrated in the cross being no more than a last throw of the dice. This ‘recalculation theory’, as it has been called, does not square with what we read in the wider Gospel accounts. For starters, if my post on Jesus’ temptation in Matthew 4 is right, which I think it is, Jesus was tempted from the outset of his ministry to avoid the messianic rejection, suffering and death. But if that sounds too assumptive, C. H. Dodd (in The Founder of Christianity, p62-64) highlights Jesus’ uniquely personal and intimate relationship with the Father and how that energised him for what in glimpses appears as an unbearable mission; “Certainly we cannot miss a pervading sense of dedication to a mission, which at times was a terrible burden…It is not surprising that there should have been moments when the sense of isolation in an unresponsive society became almost intolerable”. Jesus came to give his life as a ransom for many (Mark 10:45), early on in his ministry we are told that he set his face towards Jerusalem (Luke 9:53), and at his baptism he fails to renounce John the Baptist’s proclamation, “Behold, the Lamb of God, who takes away the sin of the world” (John 1:29). Jesus knew full well what his task entailed; indeed it is his self-sacrifice that gives fullest meaning and significance to the incarnation. We do not follow a man who did what he thought best, acting boldly despite inadequate information. We worship the Son who did his Father’s will even though the knowledge terrified him.

Jesus’ course was, returning to Horwood’s phrase, previously unexplored and incredibly hard. But we must retain that this was only because Jesus had never known anything other than happy and unbroken fellowship with his Father. The depth of Jesus’ work is not seen in Schweitzer’s vision of a desperate Jesus throwing all caution to the wind, unsure whether it would bring about any real change; it is seen in the deliberate Jesus, sure that that through his death the world would be forever changed.

« Rejoice in Adoption Good Friday: The Cry of Dereliction »
comments powered by Disqus