When I was a child I remember feeling a sense of scandal when I found out that someone I knew was adopted. Perhaps the emotion was evoked because, more often than not, it was a fact kept secret; it was never public knowledge, it was never spoken about and many times the reality was even hidden from the children themselves. 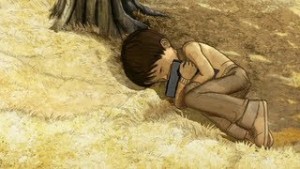 Over recent years however, I have come to meet and get to know many who have either adopted or been adopted and, my perception has changed drastically to an overwhelmingly positive one. Not only have I found adoption to be more celebrated in particular circles but I have come to understand that adoption in and of itself is one of the most beautiful expressions of love that we are able to witness or, for some of us, have the privilege to be a part of.

‘Adoption’ is a word we seldom come across in the Scriptures but the reality of it is taught and alluded to often. Our identity as children of God is one we regularly turn to and rejoice in but the doctrine itself is one that has been desperately ignored. As the arrogant and often disillusioned people we are, we are very quick to claim our right as sons and daughters of God but seldom consider how we are so. We are so by adoption. Not by any birth right that we could claim what is genealogically ours.

In the ancient Roman world adoption was a failsafe method of ensuring an heir where there was none and, when it was practiced it was only a privilege extended to those who had proven worthy of the family name. Adoption was earned, and only because a father had no alternative. If you were adopted, you were Plan B, and loved for your achievements or potential. This was most likely the context in places like Rome, Ephesus and Galatia that Paul addresses in his writings.

But something is different about our adoption into God’s family. When we are saved it is not simply a single solution but rather a beautiful spectrum of salvation. God calls us, he justifies us, he regenerates us and he adopts us. While we may experience many of these simultaneously, it is constructive to view each one in turn. R. A. Petersen helpfully points out how each gift of grace answers a different and specific need. He explains how justification, for instance, is a response to our condemnation, while sanctification is needed because of our contaminated nature. Regeneration is the gift of spiritual life to people who were spiritually dead and it is adoption that rescues us from our state of slavery (Adopted by God: from wayward sinners to cherished children). However, I would add that not only were we slaves and orphans but we belonged to the family of the devil and were by nature children of wrath. When God saves us he does not reboot or press rewind so we can start again and live better lives, but he addresses our every area of need and transforms us. 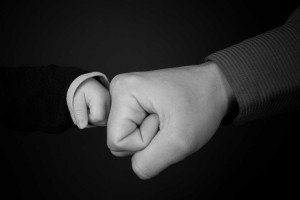 If we are astounded by our redemption and justification - Christ taking the place and payment of an undeserving and unlovable people – then consider one step further. Not only did God love his enemies and give his only Son to death, but he gave those rebellious and undeserving people His name and made us his sons and daughters. He adopts the slaves he sets free. It is not as if God has no heir to inherit the kingdom – Christ is the perfect son who was perfectly obedient to the Father. In fact it is not as if our eternal God would ever need an heir. And even if he did we would never qualify as candidates for divine adoption given our wretched states. We have never and could never live up to God’s standard to be honorable heirs of heaven.

How deep, how unfathomable and how great is the love of God that we should be called his children (1 John 3:1). Our adoption into the family of God is such an excellent display of the purest and richest love we could ever know.

I find it remarkable that we get to see glimpses of grace in the ordinary patterns we witness every day. As God’s people and as redeemed image-bearers of the Divine, we have the privilege of displaying it to those around us in our relationships: our marriages, our churches, our roles and responsibilities, our giftedness and in every relationship we engage in – and if you have adopted or been adopted, then delight in that picture of grace as well. I don’t pretend that all families have practiced adoption well, but in redeemed God honoring families, I’d invite you to look in and notice a divine parallel. Often people minimize the relationship to a sympathetic gesture or simply a solution to infertility, and often openly question their legitimacy as family members (shame on you). Would we say the same about our adopted status in the family of God? Adoption holds the potential of being a beautiful picture of the love God has for us. Our adoption into God’s family was a love choice, not some desperate desire for legacy. Children of God, rejoice in adoption!

« Can Satan Grow the Church? Holy Week: What Lies Ahead »
comments powered by Disqus