Galatians: No Other Gospel 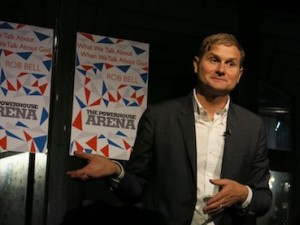 For the next two quarters my church will be working through Galatians in our small groups. I have decided to attempt a translation of Paul’s letter, with the hope that it will aid insights into the details of the text and illumine the overarching purpose of the book. It must be noted: I am not promising this will result in regular posts on Galatians. In this short post I want to reflect on a point that you certainly do not need Greek to uncover: there is only one gospel. But while Galatians 1:6-9 is fairly straightforward to understand, a closer reading lends striking colour to Paul’s assertion.

The churches of Galatia were deserting – not Paul but – God, the one who called them in grace, for a different gospel (1:6). We might even conclude that they were deflecting to another god. But how and why did this happen quickly? I think the answer partly comes in 1:7-9. The troubler makers had not entirely reinvented the apostolic message but subtly distorted it (1:7). I imagine they still used words like “grace,” phrases like “the gospel of Christ,” and called people to faith in Jesus. However, they had introduced irreconcilable elements that destabilized the gospel, without altering it beyond surface level recognition. As we read through the letter we learn that the Galatian issue was the confusion between our works and Christ’s sufficient work. The success of the false teachers in Galatia, like many today, was due to them being barely distinguishable from Paul. They did not appear to change much; perhaps they claimed to simply emphasise different aspects of the gospel message. But the results are always the same: a different gospel leads us away from the true God. 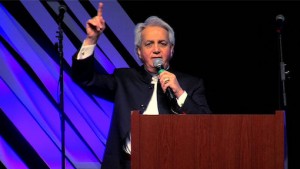 I promised myself that these posts would be short, and therefore not too onerous on you the reader, or my time, so let me make one more point. In 1:8-9, Paul twice uses the verb ‘proclaim good news.’ The false teachers came to the Galatian Christians with an appealing message, something happily received as good tidings. The verb is the same one used throughout the New Testament to speak of God’s salvation. And so as we saw above, the greatest danger of other gospels is when they are difficult to discern from the true gospel of grace. Politicians, advertisements, and preachers proclaim good news. However, the major distinction between the gospel of Christ (see 1:10-12) and the many gospels championed around the world is that only the former tells us what we desperately need to hear, while the others are shaped by what we want to hear.

I have also previously written on Galatians 3, discussing what it means for the Christian to be free from law.

« Should John 7:53-8:11 Be In Our Bibles? Galatians: Did Paul Deny the Truth of the Gospel? »
comments powered by Disqus