Galatians: Did Paul Deny the Truth of the Gospel? 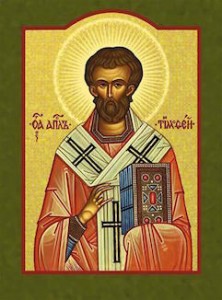 Acts 16 starts thus: Paul came to Derbe and Lystra. A disciple named Timothy was there and the brothers spoke well of him. He was the son of a Jewish woman, a believer, but his father was Greek. Paul wanted Timothy to accompany him, so he had him circumcised because the Jews in that region knew his father was Greek. The account is short and seems fairly insignificant, except for Timothy. But when placed alongside Galatians 2 it raises some heckles, not just Timothy’s.

As we saw in my previous post, it was Paul’s contention in Galatians to present and defend the one true gospel. At one point in the autobiographical section spanning chapters 1-2 he recalls his visit to Jerusalem where he met with some of the “influential people,” most likely the church leaders there. But what Paul met was an illustration of the larger issues Galatians is written to settle. Titus was compelled to be circumcised (2:3). The Greek, and most translations, emphasises that Titus was a Greek, just like Timothy. Only, here, Paul flatly refuses the idea of circumcision, much to Titus’ relief. He explains in 2:5 (using very similar language in 2:14), We did not submit or yield to them, so that the gospel of truth would be preserved. 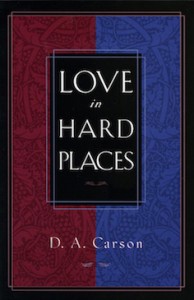 So what about Acts 16? Can we conclude that, at Derbe and Lystra, Paul compromised the gospel of truth, the only true gospel? Or is this another instance proving the Bible to be an inconsistent collection of theological opinions and loose ends? I think it is neither, and instead reveals the zeal with which Paul preached God’s grace and his commitment to as many hearing of that grace as humanly possible. “Paul had thought long and hard about these things. He was…a remarkably flexible man himself…he could happily circumcise Timothy so that this young man could have as ready access to synagogues as the apostle himself (Acts 16:3). By contrast, Paul refused absolutely to allow Titus to be circumcised…because the demand for his circumcision was being made in a context that jeopardized the gospel” (D. A. Carson, Love in Hard Places).

Carson goes on, “If someone argues that a Gentile must be circumcised in order to be a true Christian, Paul forbids it absolutely, because that would annihilate the exclusive sufficiency of Christ; if no one is making that sort of demand, Paul is happy to circumcise a believer if it will advance the interests of the gospel.” Therefore at Jerusalem (and Antioch, both recounted in Galatians) Paul boldly opposed those whose practices threatened the true gospel of grace, even the Apostle Peter. On the other hand, at Derbe and Lystra (in Acts 16) he was willing, and we imagine Timothy agreed, to do whatever it took to reach more people with that same gospel of grace. Such an observation puts what I am willing to suffer for Christ and his gospel into stark perspective.

« Galatians: No Other Gospel Galatians: The Lord's Anointed may be Accursed »
comments powered by Disqus