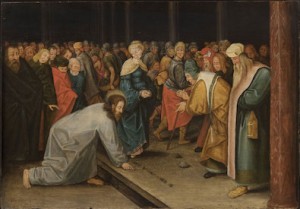 In American Hustle, Irving Rosenfeld, Christian Bale’s character, says, “I believe that you should treat people the way you want to be treated; didn't Jesus say that? Also, always take a favour over money; Jesus said that as well.” While this line is indicative of the wry humour that punctuates an otherwise tense film, it brought John 7:53-8:11 to mind. For that brief account of Jesus and the woman caught in adultery is very likely the most popular line of Jesus’ teaching, after “Do not judge” (Matthew 7:1). However, and quite ironically, most New Testament scholars remain unconvinced that it was originally part of John’s Gospel, making its authenticity tenuous.

I am not questioning the moral of the episode, though even that is often missed in addition to it being misattributed as most people vaguely familiar with it nearly always cite it as a proof text repelling correction, or ‘judgment.’ Anyone who has read the short story will know that Jesus is not saying, ‘Everyone sins and that’s OK,’ but rather, ‘Let no one can claim to be without sin.’ The point is not: since each of us is sinful we have no right to challenge others’ sin. Central to Jesus’ teaching is the call to repent from sin. Considering the context of John, a better reading of the text would conclude that Jesus did not come into the world to condemn (John 3:17; 12:47). More broadly, with the Gospels as our guide, we might understand Jesus to be challenging those who were confident in their own righteousness and therefore scorned Jesus’ emphasis on forgiveness. But this post is not an attempt to rescue the passage from misuse. I want to challenge its use, period. 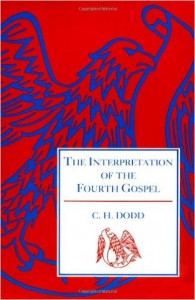 In his magisterial commentary on John’s Gospel, D. A. Carson helpfully summarises some of the issues surrounding the text’s veracity. His point is much more useful than most English translations’ opaque, ‘Some manuscripts (MSS) do not include 7:53-8:11.’ He argues that while many of the MSS that include this story place it here in John’s Gospel, there is a diversity in placement; it can be found in other witnesses after Luke 21:38, John 21:25, and at a couple of different points in John 7. Carson concludes that this varation of placement strongly implies inauthneticity. If I can offer an analogy, the diversity of locations these verses appear in is suggestive of blindly pinning a tail onto a donkey, not the assuring literary reliability of the New Testament documents.

As Carson notes, those variations on the story’s location pale in comparison to its occurrence in John 7:53-8:11. Therefore, we must consider the nature of John’s Gospel and the literary context. C. H. Dodd, in his paradigm challenging commenary, shows how 7:1-8:59 holds together as a unit, “A series of controversial dialogues.” Jesus is unmistakably polemical, as John collects nearly everything Jesus said in reply to those who rejected his messianic claims. It is also worth noting that, either side of the pericope, Jesus’ exchanges are with the Pharisees. Dodd states that the unity of this larger section is seen in the sharp, sustained tone of controversy surrounding his identity. The Pericope Adulterae simply does not match it surroundings in John. Taking the literary point further, Carson writes, “Finally, even if someone should decide that the material is authentic, it would be very difficult to justify the view that the material is authentically Johannine: there are numerous expressions and constructions that are found nowhere in John, but which are characteristic of the Synoptic Gospels, Luke in particular.” 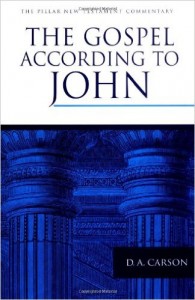 Bringing all of the above together, the MSS weight forces us to place the story where it is most commonly found, in John 7:53-8:11. However, it fits neither the context nor the literary flavour of John’s Gospel. And this leaves those who would treat the story as authentic with the burden of evidence. I will conclude with an interesting thought offered by my wife: alongside the Synoptic Gospels, John’s Gospel is somewhat of an outlier. It is both strange and unique. Could we deduce that whenever it was inserted, the thinking was that it would go unnoticed? Another possibility, offered by Carson, is that the story was inserted as a tract, which illustrates 7:24 and 8:15; or contrasts the Jews’ sinfulness against Jesus’ sinlessness (8:21, 24, 46). Theories aside, I am convinced that we should not treat the episode as authoritative. Lest we start teaching that Jesus encouraged taking favours over money.

« Let the Women Teach Galatians: No Other Gospel »
comments powered by Disqus