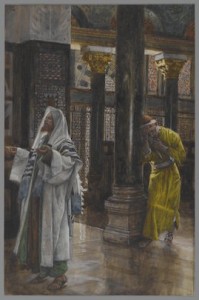 One of the first sermons I can remember hearing as a young Christian, possibly even as an unbeliever, was an exposition of Luke 18:9-14, where Luke recounts a stinging parable aimed at the Pharisees. In that sermon, our preacher took a sledgehammer to legalism, the attempt to justify ourselves before God through works-based righteousness. He then pleaded with us to confidently take hold of Christ’s imputed righteousness by faith. Now, do not mishear me: Jesus clearly strikes at justification through works, and concludes the parable by telling us that the tax collector went away justified, apart from works. But we must avoid the lure of reductionism. For this parable is also told to the righteous who had become condescending (18:9), who may or may not have held a warped view of their works’ value in the economy of salvation. Furthermore, even legalism is more complex than we often tend to allow for. Basically, we must be wary if works-righteousness and a reductionistic legalism are the only applications tied to Gospel episodes involving the Pharisees.

In my previous post in this series, In Defence of the Pharisees, I argued against an oversimplified view of the Pharisees that Jesus met in the Gospels. I suggested one of the reasons for this view is that we have inherited an interpretation of the Gospels from the Reformers, who drew too strong a line between the gross legalism of the medieval Catholic Church and the Jewish sect of the Pharisees. The two points I made in response were: (1) Israel’s religious observance was not irreconcilable with God’s grace and (2) the Pharisees’ fastidious piety became a source of pride when it should have daily reminded them of their need for God’s grace. I then concluded with an appeal, to all those who handle the Gospels, for careful exegetical and historical attention. Under the next two headings I will address both of those areas by considering the literary nature of the Gospels and their historical milieu. 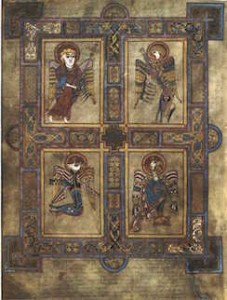 In his essay on the Jewish leaders, in Jesus Among His Friends and Enemies, Anthony Le Donne discusses a few key considerations for reading the Gospels and draws our attention to narrativization. That is, we must bear in mind that the Gospels come to us in the form of stories, revised history; “When telling stories, narrators produce accounts that fall into typical patterns. These patterns obscure certain details, focus on others, embellish/invent themes and motifs, and dramatically restructure time lines.” In my opinion – though others would disagree – this does not mean that the Gospels are less than reliable historical accounts. But narrativization, “the process of creating a story,” means that the Evangelists’ material was shaped. Therefore, as Le Donne states, “The process of storytelling reduces and dulls our picture of the Jewish leaders.” Despite the many pitfalls of literary criticism, Le Donne’s point encourages a more careful reading of the Jesus event as story and understanding the characters within the plot (I attempted to do this with John’s Gospel, here). In my previous post I appealed for a more careful exegesis of the Gospel texts; part of doing that is to read them as narratives and the Pharisees as antagonists, whose simplicity and opposition helps us interpret Jesus’ life, teaching, and mission. When we turn the Pharisees into singularly flat characters we lose out on the richness of the Gospels.

Secondly, N. T. Wright, in his outstanding The New Testament and the People of God, highlights the Herculean task of presenting and understanding the Pharisees with historical precision. Wright notes that the Pharisees spanned over 300 years: they originally arose as a political pressure group during the Maccabean revolt; later they became an entrenched de facto political group under the Hasmoneans; and through the Herodian dynasty they retained an intense and zealous ardour for Israel's freedom from pagan practices and rule. Some have therefore argued that over those three centuries the Pharisees’ interests shifted from the political to the pious. Wright shows that up until the utter ruin of Jerusalem in 135CE many Pharisees were undoubtedly engaged in civil unrest and revolt. The Pharisees are historically complex, zealous for Israel’s liberation from foreign rule and the maintenance of stringent religious purity. As we interpret the Gospels we must remember this duality. The political ambitions of the Pharisees do much for our understanding of certain episodes in the Gospels, episodes that make little sense if the Pharisees were purely troubled by Jesus’ liberal love and message of free forgiveness.

It is my hope to write another post (or few) in this series that will offer my own observations in reading the Gospels. But if you are interested, which you must be if the made it through this spectacularly dull post, then why not commence your own study on the Pharisees in the Gospels, always considering their literary and historical context.

« For the Illumined Mind Doodle: Pharisees versus Prophets »
comments powered by Disqus