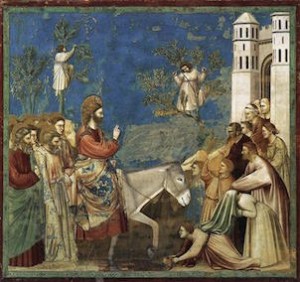 Being passionate about literature I often attempt to pull threads of thought through multiple works. I realise that occasionally the result of this is that my writing resembles little more than poorly sewn patchworks of ideas. Working on my current series treating the Pharisees – (1) In defence of the Pharisees, and (2) literary and historical considerations for reading the Gospels – two passages from Marilynne Robinson’s Gilead came to mind. In this post I hope to unpack them in reference to my series and a few other related passages.

In Gilead, John Ames ruminates on the difference between a Pharisee and a prophet: “The prophets love the people they chastise.” And the implication of his reflection is that Pharisees do not. As I have studied each instance of the Pharisees in the four Gospels, one of Jesus’ recurring rebukes levelled against the Pharisees was their gross inability to love the people they taught. Sure, as Jesus noted, they were extraordinarily righteous, able to demonstrate unparalleled obedience to the law. However, and quite ironically, despite their fastidious obedience to God’s laws they failed to fulfil the second part of the greatest commandment: loving their neighbours as themselves. 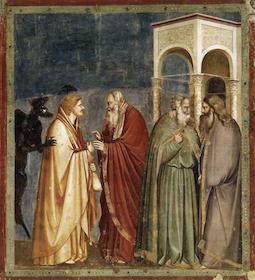 In his earthy and encouraging work, The Imperfect Pastor, Zack Eswine notes the Pharisees’ penchant for loveless obedience. He writes, “These Bible teachers justified ingratitude and bitterness in the name of standing for righteousness. They gracelessly pounded people with religious virtues.” But the thread I want to pick up from Ewine is what he says next, “The harshest things Jesus ever said (like the prophets who foreshadowed Jesus) were to the ministry leaders of his day (Matthew 23:1-36).” Towards the end of that cutting catena, in Matthew 23, Jesus labels the Pharisees diametric opposites of the prophets. For their fathers killed the prophets (23:31-32), and in time they themselves would silence the prophets too (23:34). Jesus then utters his distressed lament for Jerusalem, the Pharisees and the people of God, “the city that kills the prophets and stones those who are sent to it” (23:37).

In a book I return to often, The Founder of Christianity, C. H. Dodd ties some of our loose ends together, “Jesus [stood] in direct succession to the prophets of ancient Israel…The prophets took their stand on the conviction that God was at hand in human affairs, and they therefore interpreted the events of their time with insight derived from their converse with the Eternal…Similarly, we should understand Jesus’ proclamation of the kingdom of God as an interpretation of the contemporary situation in terms of his knowledge of God. It was a significant situation on any showing. Within Judaism a crisis loomed which was bound to resolve itself one way or the other before long…This was ‘zero hour’, the hour of decision.” 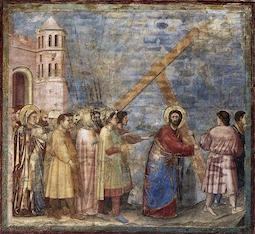 As John Ames approaches then end of his memoir he writes, “The word ‘preacher’ comes from an old French word, prédicateur, which means prophet. And what is the purpose of a prophet except to find meaning in trouble?” Jesus was never mistaken for a Pharisee, while the Galilean public did liken him to the prophets of old (Mark 6:15). Ominous dark clouds hung over Jerusalem in the 1st century, and Jesus entered history to disclose the purposes of God, to dissect the mounting troubles of God’s people. Thus we see him as a prophet for at least two reasons. Firstly, his heart broke for those he preached to, seen in his anguished laments for Jerusalem. Secondly, in Jesus’ own words, “I must go on my way today and tomorrow and the day following, for it cannot be that a prophet should perish away from Jerusalem” (Luke 13:33).

« Complex Pharisees: Literature and History The Pharisees According to Jesus »
comments powered by Disqus