The Pharisees According to Jesus

Last year I wrote a three part series on the Pharisees, prompted by my frustration at how the Pharisees are often portrayed in teaching and writing. My appeal throughout the series was towards a more discerning exegesis, considering literary criticism and historical context when studying the Gospels. In this post I will offer a few observations about the Pharisees found in the Gospels, challenging the view that reduces their theology to works based righteousness. Since Jesus made no secret of his disapproval, and sometimes even disdain, towards this Jewish sect, I have fleshed out four points, headed by a few of his woes delivered against the Pharisees. 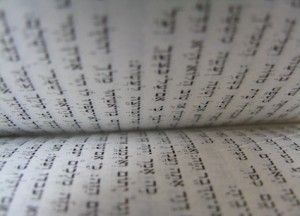 “You neglect justice and the love of God”

One of the repeated ironies found in the Gospels is the Pharisees’ assertion of unflagging obedience to the law coupled with their failure to practice its two fundamental fiats: loving Yahweh and your neighbour (Deuteronomy 6:5, 19:8; see Mark Matthew 22:34-40). Jesus’ many Sabbath miracles expose this failing, as the Pharisees insisted no man of or prophet from God would commit the travesty of restoring life when he should have been resting. The heart of the Old Testament law was devotion to God, as well as commitment to the wellbeing of others but it appears the Pharisees had lost sight of that. God’s laws were given to make his people more loving towards others as they appreciated his grace towards them.

In a similar vein to the previous point, Jesus accused the Pharisees of supplanting the authority of Scripture, and God’s laws, by the establishment of traditions, which in turn had become litmus tests for orthodoxy and devotion. But Jesus firmly opposed laws imposed by people, even the esteemed “elders,” quoting Isaiah, “In vain do they worship me, teaching as doctrines the commandments of men” (Mark 7:7). Though the Pharisees probably invented these rules to keep them from becoming ceremonially unclean and sinning against God, it seems that by the 1st century those rules had become enshrined traditions, considered to possess the same authority as God’s inspired words. The same legalism, able to take many forms, has plagued the church throughout every generation. 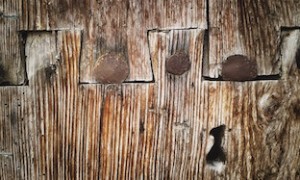 “You shut the kingdom of heaven in people’s faces”

Jesus kept very unsavoury company, according to the Pharisees; and for one who claimed such deep intimacy with God, even identifying himself as God, his fraternisation with sinners implied that God reaches out to the unrighteous. This is perhaps nowhere better illustrated than in Luke 15, where the Pharisees grumble, “This man receives and dines with sinners.” Jesus then uses three very familiar parables confirming their suspicions about God, “There will be more joy in heaven over one sinner who repents than ninety-nine righteous persons who does not need to repent.” The parables of Luke 15 climax in the brilliantly subtle identification of the Pharisees with the elder brother, who served his father and never disobeyed but refused to celebrate the return of the younger brother, the sinners and tax collectors.

“They love the place of honour”

Reading through John’s Gospel one notices the author has arranged his narrative around Jesus’ signs. Following the resurrection of Lazarus, the sign paired with, and only second to, Jesus’ resurrection in John 20, the Pharisees find themselves in a bind. They cannot deny Jesus’ “many signs” but fear that if he is recognised and followed by the Jewish people then the political privileges they enjoyed from the Romans would be under threat (John 11:47-48). The reader of John’s Gospel cannot help but to be incredulous at this hinge in John's storyboard, for the Pharisees choose their comforts over the Christ. As I concluded a previous post on John’s Gospel, “In gaining Pilate’s concession [to execute Jesus, the Pharisees] pledged sole allegiance to the Roman emperor.” The Pharisees exalted themselves and were guilty of an over realised importance. But more damning than this self-preservation was that it blinded them to see God's messiah, before their very eyes.