Doodle: Idolatry Of The Lesser Known

"Do you think that they're too cool now?
Being popular is lame.
You're the one who made them popular,
all their songs are still the same."

I don't know when it happened, but sometime over the last 15 years the less popular the music you listened to became directly proportionate to your image. ‘Alternative’ was born as the catchphrase for bands whose recordings were done in garages, hadn’t signed with major record companies, and were too diverse in genre for the uneducated to label. An identity was found under the umbrella of ‘alternative’ where anything contra the status quo was deemed cool. On the other hand, words like ‘mainstream’ and ‘pop’ were demonised and spoken with distaste by those who had liberated themselves from the consumerism of MTV and popular radio shows. I have heard of a tee-shirt with the print: I listen to bands that don’t even exist yet. And I think that cleverly captures the desperation many have to distance themselves from popular music.

I am writing about this because I notice this attitude amongst my friends, and often catch myself thinking along similar lines. Last year I confronted this sort of attitude visiting close friends in Durban. We were reminiscing about the 2012 London Olympics over a cup of tea, watching some of the ‘best moments’ flash on the TV as iTunes randomly worked through a playlist in the background. Then, a familiar song came on. I could not place the song or recall the band’s name so I asked about it. When my friend informed me of the band’s name I clicked, and went straight to the same band on my phone because, as it turned out, I already had the CD (free from NoiseTrade). But this realisation was met with dissatisfaction from my friend; when I announced I had that same CD on my phone his expression turned to disappointment. I only concluded later that this band was recently uncovered and that my knowledge reduced the pedigree of the band, as well as my friends’ music library.

The whole experience brought to mind some Five Iron Frenzy lyrics, “You found a way to draw a line / Between the world and you / Faking your identity it's true / Did you think the word "alternative" / Was only meant for the likes of you?” These lyrics brilliantly capture how our contemporary culture thinks about music. Unlike other self-debasing lyrics – a hallmark of the punk genre – Five Iron Frenzy were not under the illusion of the ‘alternative revolution.’ The identity they offered is the one we find in Christ. They didn’t want to present a place where non-conformers could be in unanimity. Instead they bemoaned what the music industry had become, and how it was changing its consumers. They conclude the song with these words, “You sunk your worth in being different / Just to be like your own kind / You traded in objectiveness / For the underground you follow blindly.”

I guess my own conclusion is in order. For the Christian there is great danger in seeking recognition from the exclusivity of being ‘alternative.’ In closing I admit that I am perhaps writing this post to my teenage self and that it’s a few years late, but here goes: Music is a wonderful gift from God and therefore we should share it; on the other hand, keeping bands to yourself because they provide an identity is idolatry. 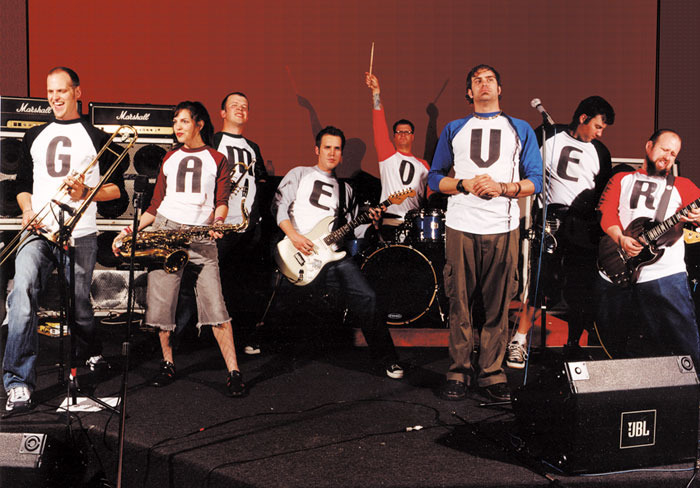 « The road to Emmaus and all the things concerning Christ... The Workings out of Women's Work »
comments powered by Disqus