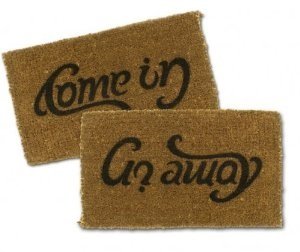 Some time ago I preached from Mark 6 and thought verse 31b a little weird, “For many were coming and going, and they had no leisure even to eat”. Of course eating introduces a major theme in the narrative but what on earth are people coming and going for? Surely they come and sit down?

When I preached the passage I looked up the line from verse 34 “they were like sheep without a shepherd” which comes up in Isaiah and Kings (as well as a parallel passage in Chronicles) but also in Numbers 27:17 which caught my eye because of what else Numbers 27:17 says. Moses is asking God to appoint a new leader for Israel, “who shall go out before them and come in before them, who shall lead them out and bring them in, that the congregation of the Lord may not be as sheep that have no shepherd”. This as a delightful discovery because if Mark is picking up this text, his comment is that Jesus is the new Joshua of Israel; Jesus comes to go out and come in before the people so that they will not be like sheep without a shepherd.

I have still wondered about the expression though and as I've been reading the Bible this year it's jumped out at me a few times. In 1 Samuel 18:13, Saul makes David the commander of a group of soldiers and David, “went out and came in before the people” and in verse 16, “all Israel and Judah loved David [in contrast to Saul], for he went out and came in before them.” Then later in 1 Samuel 29:6, Achish trusts David but the rest of the Philistines don't (probably a wisely so) but Achish bemoans them saying, “to me it seems right that you should march out and in with me in the campaign.”

What's the point of all this? Well really that's pretty much it: I just thought it was an interesting expression and one that is not immediately intuitive; “going out and coming in” seems to be a Semitism (i.e. an idiom that has Near Eastern roots) meaning “to lead”. Have you noticed it anywhere else?

« Doodle: An Interpretation of C.S. Lewis' Lizard Bonhoeffer on the Cost of Discipleship »
comments powered by Disqus