Bonhoeffer on the Cost of Discipleship

Earlier this year I was asked to preach at the first of our quarterly youth rallies. After deliberating for a few days, I decided to preach on discipleship and the cost of following Christ. In my preparation I planned to frame the talk with writings from and references to Dietrich Bonhoeffer’s life and death. This was not to be, since wisdom told me most 15 year old South Africans would simply switch off at the mere mention of World War 2. That is a pity, because fewer stories from history epitomise the cost of Christian discipleship more than Bonhoeffer’s.

At the age of 31 he wrote his outstanding Nachfolge (German for ‘Discipleship’). Largely a critique of the nominal and secularised Christianity rife in Germany, this work is legendary, and should never be forgotten, for Bonhoeffer’s illuminating distinction between costly and cheap grace. Read it. In the preface Bonhoeffer asks where answering the call to discipleship will lead, what decisions and partings it will demand. And his answer is that we need to go to Christ, for only he knows the answer. “Only Jesus Christ, who bids us follow him, knows where the path will lead. But we know that it will be a path full of mercy beyond measure. Discipleship is joy" (p40, Dietrich Bonhoeffer Works, Vol. 4). 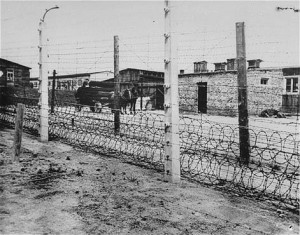 For anyone who does not know the rest of his story: Bonhoeffer died 8 years later in a Nazi concentration camp for plotting to assassinate the Führer. When Bonhoeffer penned the words above he had no inkling that faithfully following Christ’s call to discipleship would lead to his own death. Did he still consider it joy when he sat in Flossenbürg concentration camp awaiting that fateful hour? Did he wonder where Christ’s mercy was in his latter life and execution? I think Bonhoeffer would tell us that the costliness of the call is unavoidable, yet full of God’s wondrous grace. Perhaps the most famous quote from his Nachfolge is this, “Cheap grace is grace without discipleship, grace without the cross, grace without the living, incarnate Jesus Christ” (p45). Note how he saw God’s grace and Christian cross bearing as inseparable, and far from divergent.

Apparently the last thing Bonhoeffer said to anyone was a relayed message to George Best, through a fellow inmate at Flossenbürg: “This is the end, for me, the beginning of life.” But Bonhoeffer approached that end as he had lived his entire Christian life, well acquainted with the intertwining of grace and cost, discipleship and death, and was not deterred from trusting his God’s sovereignty. A doctor at the camp wrote of Bonhoeffer’s last moments, “I saw Pastor Bonhoeffer, before taking off his prison garb, kneeling on the floor praying fervently to his God. I was most deeply moved by the way this lovable man prayed, so devout and so certain God heard his prayer. At the place of execution, he again said a short prayer and then climbed the steps to the gallows, brave and composed. His death ensued after a few seconds. In the almost fifty years that I worked as a doctor, I have hardly ever seen a man die so entirely submissive to the will of God” (Quoted in Metaxas, Bonhoeffer: Pastor, Martyr, Prophet, Spy, p531).

Jesus said this about such disciples, “Whoever loses his life for my sake will find it.” While Bonhoeffer undoubtedly gained life, I fear many of us consider loss to be incongruent with faith in Christ. We all long for cheap grace. In our age of consumerism we spend eagerly and enthusiastically. But when discipleship becomes costly we shake our heads. Many Christians today are unwilling to be disciples who know and experience the cross to be part of our discipleship. To these Bonhoeffer would pose this question, ‘How can we cheapen something that was so very costly to God?’