A Note on Analogies

After the publication of my previous post critiquing Andrew Heard’s lifeboat analogy for the church, it was suggested to me that I develop some of my thoughts on analogies, or illustrations, in general. However I cannot pretend to have mastered the use of analogies; in my own preaching, I use them very sparingly. Briefly, in writing, I have explored an abused illustration from The Lion, the Witch, and the Wardrobe ("He’s not safe but He’s good") and Jesus’ parable of the field, but those are not detailed studies in the praxis. So in this short post I will merely summarise some thoughts on illustrations I have borrowed from the appendix to Pierced for Our Transgressions. 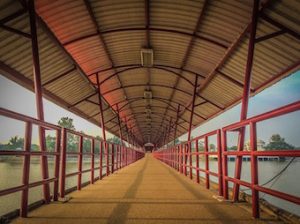 The authors of Pierced write, “An illustration works well when it corresponds closely to the biblical idea it seeks to explain. Translating an unfamiliar concept into everyday terms can bring clarity and perhaps also a certain vividness and immediacy. It brings our world and the Bible’s world together, and puts us and our lives into the picture.” Illustrations function as useful bridges helping us understand something strange or peculiar by something familiar or easily understood.

As we read above, illustrations are useful, but they can also be misleading. The thrust of my previous post is well summarised in Pierced, “Illustrations never correspond to reality at every point, and it is at the points of difference that they may mislead.” However, the authors continue, “The fact that an illustration does not correspond with reality at every point does not mean it will always mislead; merely that it ought to be used to illustrate only those aspects of reality with which it does correspond.” Therefore we must be aware of an illustrations deficiencies, which can confuse and obscure, the opposite of their intended purpose.

Though they are addressing the atonement, Pierced reads insightfully for any illustration, “Even if we choose (wisely) to illustrate just one aspect…we must take care we do not inadvertently distort other closely related themes…To avoid being misunderstood, we need to consider the specific strengths and weaknesses of any given illustration: what it captures well, and where it might fail.” On the topic of church, since that was my concern with Heard’s illustration, the lifeboat analogy distorts other aspects of the church’s mission by overemphasising evangelism at the expense of maturity. Obviously, those are closely related but – in my opinion – the lifeboat overlooks or redefines the importance of godliness and service by conflating maturity with evangelism. While the lifeboat illustrates the desperate urgency of the church’s mission it places far too little emphasis on the biblical emphasis and zeal we should have for maturing, tested, and transforming faith in Christ.

The authors of Pierced then call preachers to take care that their analogies are not pushed too far so that they inadvertently illustrate the wrong thing. As I said previously: there are better illustrations that inform us about the mission and shape of the local church as well as our place in it, so we should be cautious when an illustration not found in Scripture dominates our understanding. “To repeat: it is the points at which they fail to correspond to reality that are liable to mislead.” Should every Christian’s primary concern be the lost, hauling them up from the deadly waters, rescuing them from a Christless eternity? Yes, we should zealously long to see as many as possible saved. But, no, it is not the primary point of the church’s existence; it is one of them. 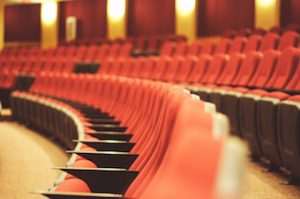 I think Pierced ties all of the mentioned dangers up well, “The risk of [overstretching an analogy] is increased when we are attempting to explain something complicated, for no single analogy will be up to the job.” I acknowledge that Andrew Heard was speaking at a conference on church growth, allowing for a selective approach. However, the church and Christian life is complicated, even when honing in on a single component, such as evangelism. As for most things, one analogy can only successfully illustrate part of the truth. I think that is why we are given such an abundance of them in Scripture. It is not enough to merely be aware of our analogies’ shortcomings; we must temper and supplement them with others.

In conclusion, and to stave off despair, “We may be tempted to throw up our hands in frustration and concede defeat…no illustration is perfect, if by ‘perfect’ we mean it corresponds with reality at every point.” But that does not mean every illustration is invalid; we are not doomed to mislead with every analogy. We must recognise where they fall short, and ask if those deficiencies are unhelpful; make sure closely related concepts are not obscured; and resist overextending this great God-given tool.

« Some Misgivings about Andrew Heard's Lifeboat Analogy Brokenness: How We Reframe Sin »
comments powered by Disqus