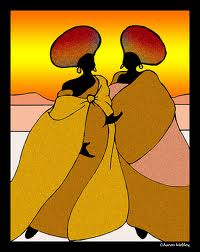 One fairly appealing argument for the historicity of Old Testament narratives is that Jesus/Paul/Some-author viewed treated them as historical. By this, we mean that they make arguments from them. One example from the Old Testament is Exodus' use of the creation account in the Ten Commandments: "For in six days the Lord made the heavens and the earth and the sea and all that is in them, and he rested on the seventh day; therefore the Lord blessed the Sabbath day and set it apart as holy" (Ex 20:11).

Thandi, a young South African Zulu woman came to her mother with a complaint.
-- "I don't want to go to church today," Thandi told her mother, "it's boring ..."
"You must go Thandi," her mother tenderly replied.
-- "But why?"
"Look at the moon, my daughter."
-- "What?"
"Long ago there was a woman like you who didn't want to go to church. She thought that her time would be much better spent collecting wood which she did. She took her child on her back and went to the forest and began bundling up logs of wood. Later in the afternoon, when lunch was to be served her family realised that she had not done any preparation. They looked for her far and wide all day long. It was only in the evening that they found her though."
-- "Where was she?"
"She had been swallowed by the moon. Later in the evening, her family looked up ..." At this, Thandi's mother pointed to the moon and passed her hand over it's strange shadows, "... and there in the moon, they saw her, a young woman with her child on her back and carrying a bundle of logs.

That's why you should go to church, my girl. 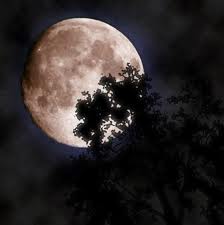 Admittedly, there is a moon. What's more, one could probably identify the silhouette of  a woman carrying a bundle of sticks and a child (in a "what do you see in the clouds?" kind of way). However, those hardened in Zulu culture believe the story to be true no more than skeptical Westerners. It's simply rhetoric of Zulu culture: "look at the moon - that's why you should go to church." For some skeptical Westerners, "look at the rainbow, that's how we know God is merciful," is not that different.

My concern, and it is simply a concern, is that our claim for historicity on the basis of the way arguments worked in the first century AD (or before that) may miss the rhetorical style of author's culture.  It's simply food for thought and an attempt to sharpen our arguments by cutting the dead-wood. If you can think of other/better arguments, please let me know (comments are good) - a while ago I jotted down a few thoughts on the importance of historicity here.

P.S. Tempering these thoughts is the rhetorical value of historicity. Job, for example, seems a far more powerful argument to endure suffering as historical narrative than as parable. Could this just be my Western rhetorical style though?

« John Owen and Asceticism Doodle: Was Calvin a Calvinist? »
comments powered by Disqus