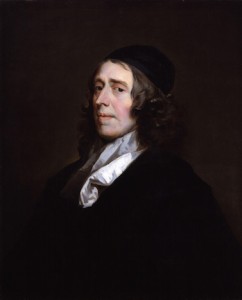 I think most Christians have at some point wondered what to make of Paul’s words in 1 Corinthians 9:27. For Paul seems to affirm a form of ascetic practise in Christian discipleship, “I discipline my body and keep it under control” (ESV). Other renderings speak of forcing our bodies into submission, striking it with blows, and making it our slave. These are unsettling words coming from the lips of Paul because they seem to suggest a disciplined and self-wrought hardship on our bodies. The horrors of self-flagellation spring to mind, as well as the studied loneliness of monasticism, and the guilt-ridden, heavy-laden notions of Catholic penance or contrition. There is no doubt that Christians throughout history have overplayed the role of guilt in Christian life and enforced practises that leave people desolate and disconnected from the world. But as John Owen says: “A man may have leanness of body and soul together” (Collected Works VI, p61).

This year, for my honours dissertation, I have had the privilege of working through Owen’s ‘Of mortification of sin in believers, etc.’ I have found myself greatly blessed through careful study of this luminary, Puritan and pastoral giant of the 17th century. In his fifth direction for the mortification of sin (see chapter XI), Owen exhorts us to carefully study our own natural dispositions and distempers which make us more prone to certain sins, in specific situations. His first point is quick to state that being naturally susceptible to any particular sin is not an extenuation of that sin. In the second point Owen challenges believers to serious and vigilant watchfulness against situations that advantage that disposition; he calls us to fix ourselves upon its account. The third point, which I want to tease out a little more, is that mortification of sin (which is rooted in our nature) takes us further than the standard evangelical arsenal: praying, reading Scripture, being accountable to each other, issuing gospel challenges to fellow saints and sitting under preaching. Owen moves beyond these and underscores that must we bring our bodies into subjection. 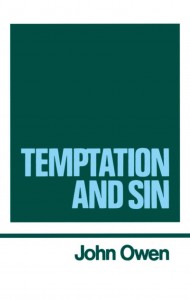 Owen is resoundingly and repeatedly emphatic throughout his treatise when it comes to the duty of believers. His application often cuts close to the bone of my Reformed convictions. However it is irresponsible to ignore the carefully robust gospel foundations Owen lays at the beginning of his discourse, and reminds us of throughout: firstly we are “meritoriously mortified” (p40) at the cross with Christ, baptised into his death and raised with him to new life; secondly by the Spirit we have communion with the triune God, and therefore our growth in holiness always has its source in our union with Christ. Owen loved the doctrines of grace. So when he tackles the subjection of our bodies, through “rigour”, he starts by denying the Catholic (or “Papal”) practises which, despite putting great emphasis on mortification as a voluntary service and part of penance, are ignorant of the righteousness we have in Christ, the work of the Holy Spirit, and therefore the true nature of mortification. But perhaps the Reformed are guilty of the other criticism Owen supplies: have we become negligent of subjecting our bodies for fear of upsetting the sentiment of sola gratia?

Owen gives us two limitations that we must bear in mind when subjecting our bodies. Firstly, it is merely the means to an end, the weakening of our natural disposition at its root. The ascetic weakening or impairing of our bodies is not good in itself, but must result in the mortification of sin. Secondly, these practises possess no virtue in themselves for they are accomplished by the Spirit. It is he alone who strengthens us to the successful mortification of sin. I might as well finish with quoting Owen’s own summary of this direction emitting his usual brevity and brilliance, “When the distemper complained of seems to be rooted in the natural temper and constitution, in applying our souls to a participation in the blood and Spirit of Christ, an endeavour is to be used to give check in the way of God to the natural root of that distemper” (p61). Owen would say that the endeavour is our duty, and I agree with him. But what are we doing about it?