Aristotle's Unmoved Mover and the Argument for God's Existence

There is a famous anecdote, retold by Stephen Hawking, about a scientist who was accosted by an old lady after delivering a lecture on how the planets orbit the sun, as our sun orbits the centre of our galaxy. She told him his lecture was utter rubbish for the earth is, in actual fact, flat and supported by the back of a giant tortoise. He replied by asking what the tortoise might be standing on, to which the lady retorted: “very clever young man, but it’s tortoises all the way down!”

The significance of this story to a post on Aristotle is not that he was potentially one of the first men to argue for a spherical earth as opposed to a flat plate; it is that the anecdote rushed to my mind when we studied Aristotle’s Unmoved Mover, or final cause, in Philosophy at college. Aristotle came to the conclusion that there must be some cause outside of our world, otherwise nothing would ever happen. Later, theologians such as Thomas Aquinas repacked Aristotle’s Unmoved Mover as the First Mover, and channelled his philosophy into an argument for the existence of God. Whether or not this is a valid argument for the existence for God is not really my interest. Richard Dawkins has shown that the argument relies on a regress to which God must be invoked to terminate, but this assumes that God himself is immune to the regress. 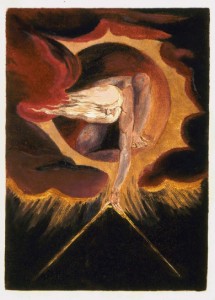 My interest in Aristotle is the sometimes difficult and gnawing question Christians are asked or ponder. What was before God? What made him? Aristotle’s answer: besides this Unmoved Mover there is and can be no cause, no teleological purpose and therefore nothing at all. But the question still begs: where do we locate the beginning? Aquinas thought that we must look beyond the infinite regress to the First Mover, while Dawkins shows that an infinite regress is intellectually plausible. Only, Aristotle was not thinking about a beginning in history, he was merely explaining change. So there is a warning here against imposing modern frameworks on ancient philosophy. Aristotle was not trying to find God; the result of his philosophy of causation was something that was later called ‘Aristotle’s god’. But apart from being like the God of Bible in matters of first, or primary, cause, Aristotle’s Unmoved Mover is merely explained change in the world; creation was not in Aristotle’s mind. Aristotle held that this Unmoved Mover knew nothing of this world, it had to be utterly transcendent otherwise it would be affected by our world’s cause. Instead of focusing on the beginning, wherever that might be, Aristotle sought the teleological purpose to which every object moved. Coming back to questions I sometimes find myself asking: Aristotle does not provide us with the answer, he never intended to. 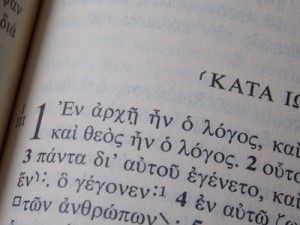 I will wrap up this post with a contrast between the Unmoved Mover and the God of the Bible; a contrast between cause and revelation. Dawkins, of all people, helpfully reminds us that even if God is the terminator of the regress that does not mean we can ascribe properties that are normally considered godlike, such as omniscience, goodness, creativity in design, answering prayers, forgiving sins, and so on (p101, The God Delusion). He is right, and Aristotle would have agreed with a hearty “amen”. If this is the god that we believe in then we are limited to speak of it in negative terms, describing what it is not like. However, Christians believe in revelation. The LORD shows us what he is like and addresses humans personally. God loves, cares, cries and despairs. We are able to speak in positives when describing what our God is like, for God has spoken to us in human language. In addition to God speaking to us in our language, he met us as one of us: the Lord Jesus Christ.  What happened at the incarnation was an almost complete reversal of the trend in history to project human attributes onto the concept of ‘god’. When Christ takes on flesh we see all of God in a man, which explains why he was a man unlike any other in history. Going beyond our language, the Son took on our form and came to earth that we might know God, see the Father. God is not only personal; he is a person, in every sense of the word (and more).

« Review: Five Books From 2013 Why We Don't Do Sacrifices »
comments powered by Disqus