Why We Don't Do Sacrifices 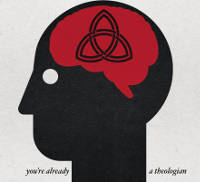 A while ago I posted on the point of the sacrificial system saying that it had three functions: to remind, to teach and to promise. It reminded God's people that death came as a result of sin, it taught them that payment for sin was costly and it promised them Jesus. The annoying thing about being a teacher is that half the time kids come up with questions you never imagined. The question that was posed to me as I tied Old Testament sacrifices to Jesus' death was "why don't we still do sacrifices?"

Surely the reminder is still relevant? Surely the instruction is still important? Even if those aspects of the sacrificial system have been fulfilled, isn't it still important to remember and teach those things? 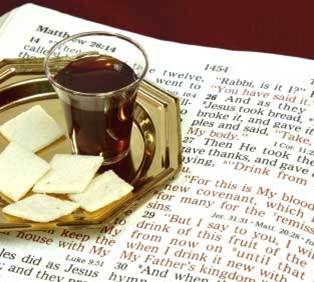 Enter Mark's gospel. I was reading it again this morning tracing an entirely different thread when all of a sudden the Mark 14:22-25 leaped out at my face, narrowly hitting actual cognitive function. The Lord's supper!

This is my blood of the covenant, which is poured out for many. Truly, I say to you, I will not drink again of the fruit of the vine until that day when I drink it new in the kingdom of God.

Now it seems almost too obvious to be posting but it's still exciting enough to me. Jesus' death completes the sacrificial system and communion commemorates Jesus' death. Communion reminds and teaches what happened on history's first day of Easter! We don't do sacrifices any more because the system is fulfilled. The instructional element of sacrifices continues though in the form of the Lord's supper.