A Light that Shines in the Darkness

I've been reading Tolkien's Lord of the Rings and have loved his narrative. One of the remarkable capacities of story is its emotive power and I've been thinking about how to utilise this in preaching. In the second book of the trilogy (The Two Towers), Sam and Frodo come to Cirith Ungol - home of Shelob, the mother of all spiders (literally and  idiomatically). In trying to make their way through her lair, the hobbits inevitably encounter this terrible creature. There is no escape for them, Shelob is at home in the darkness and her webs line the caverns which are stiflingly dark to the hobbits' eyes. Frodo then remembers the gift he received which is essentially a bottled star; "a light when all other lights go out". This he produces from his cloak and they see their dreadful foe and her mountainous eyes. As the light strengthens in Frodo's hand and flares out to all the crevices of the cave Tolkein writes the following observing Shelob's eyes:

They wavered. Doubt came into them as the light approached. One by one they dimmed, and slowly they drew back. No brightness so deadly had ever afflicted them before. From sun and moon and star they had been safe underground, but now a star had descended into the very earth. Still it approached, and the eyes began to quail. One by one they all went dark; they turned away, and a great bulk, beyond the light's reach, heaved its huge shadow in between. They were gone.

It's been difficult to read Tolkien and not think of the Bible. As I read this all I could hear was:

4 In him was life, and that life was the light of all mankind. 5 The light shines in the darkness, and the darkness has not overcome it. ... 9 The true light that gives light to everyone was coming into the world. 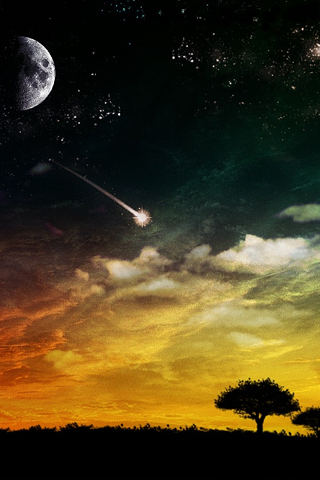 Imagine hearing a sermon on John 1:1-13 that brings its audience into the kind of story that Frodo and Sam find themselves in at Cirith Ungol. In which the audience realises that the spiritual darkness they live in is not unlike Frodo and Sam's:

the air was still, stagnant, heavy, and sound fell dead. They walked as it were in a black vapour wrought of veritable darkness itself that, as it was breathed, brought blindness not only to the eyes but to the mind, so that even the memory of colours and of forms and of any light faded out of thought. Night always had been, and always would be, and night was all.

The darkness in which we find ourselves is not passive in it's lightlessness; it increases the depth of darkness in our minds and our hearts. And living in that darkness which is itself our enemy, is the mother darkness who wishes to devour us. We must flee but we are blind and trapped. We must see but it is impossible. We are in desperate need of light or not only will we never find the way but we will be consumed.

But what light can be hoped for in this deep shadow?
What brightness could ever penetrate the place we find ourselves?

Well there is a light of all mankind that shines in the darkness. A light that even the deep darkness cannot overcome. The true light that gives light to everyone, a light that descended from the heavens into the very earth and at its approach, the darkness quails.

It is not mere narrative: darkness quails!

Admittedly, this is poor exegetical work on John. Nevertheless, given due exegetical time, I would find such delivery compelling. I wish preaching were more like this.

« Out of the Silent Planet: Modernism and Malacandra The Jokes We Tell »
comments powered by Disqus