3 Things I Appreciated in Aronofsky's Noah

I watched Noah with my Bible study and we had some interesting discussion afterwards. It's a movie that most of the Christians I hang out with will (and do) hate and I understand why. Aronofsky's Noah was never going to follow the biblical story accurately though was it? A helpful question to ask of the movie, "does it retain the message of the Biblical account?" Asking that sort of question allows us to get over stowaways, stone giants and the bloodthirsty Noah we had never imagined.

Honestly, I quite like the fact that it didn't look like a children's Bible with a happy giraffe poking his head through a window and a blissful Noah smiling out of the page. Both the happy giraffe and the stone giants are equally interpretive and incorrect. However, both could be used to tell the message of the story. At first glance, I would even guess that the grim face of Aronofsky's blockbuster would be more likely to do it. So for the Christians who hate this movie and can't see any redeeming features in it (or aren't even going to go and watch it) here are three things that I appreciated from it. Far from endorsing the movie, however, I have to say that it failed at communicating the message of Noah and even among the positives I'll make some qualifications.

1. Evil Must Be Destroyed 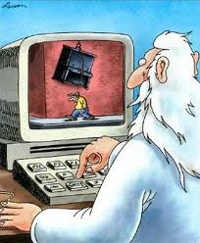 Tell the average person the story of Noah and you're bound to hear about how the Christian God is a bloodthirsty, cosmocidal (that's a word right?), angry old man and everyone should hate him. That's because it's pretty difficult to show someone how it could be good that God blot out everything he's made. It was Gregory Alan Thornbury's blog at TGC that I read before watching Noah that made me notice the way Aronofsky shows us a world in which evil is "really that bad".

This is a critical starting point for Noah because, as Thornbury points out, only "against radical depravity can mercy actually make sense" and the point is, through the movie, I found myself on God's side. I wanted the world to be destroyed and I wanted evil to be judged. I saw evil spread in a Tolkienesque way across the planet (not the most creative image any more) and I wanted God to fix it. I didn't want to see his creation being ravaged and I didn't want the dreary land of Mordor to swallow up everything good (and I wondered how Methuselah's mountain had survived). If the only way to stop the advance of evil was to start again, so be it, clear the slate.

I was disappointed that Noah went to help the preyed on antelope and didn't get attacked by it. I wanted to see animals as part of a creation in rebellion against God. After all, I would think a fallen world would make it hard to survive and fight against human flourishing. It made perfect sense why I didn't get my wish when I found out why God was saving anything at all, it turns out the animals are innocent. A theological error I could have lived with if it weren't the basis for so much foolish application today. The innocence of the animals also undermines mercy because they deserved it, a characteristic that does not belong to those in need of mercy. The need for evil to make sense of mercy never came into play anyway though as "Creator" is pretty much indifferent when it comes to "mercy" I also think that the evil I saw was not an evil that I thought was present in the world in which I live. 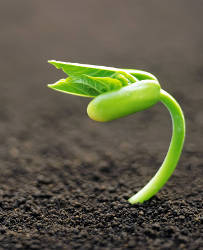 This is definitely my favourite point. One of the first things that excited me as I watched Noah was that first drop of water. If memory serves, it was the first hint of judgement. It was not only a hint of judgement though, it was also a promise of restoration. I appreciated the fact that Aronofsky's flood was not purely destructive but that it had the underlying purpose of restoration and recreation (not relaxation, "re-creation"). The movie regularly invites to think of the "new world" or "paradise" and look forward to it.

In his New Testament Biblical Theology, Beale speaks of a five part sequence he calls "Inaugurated Eschatology". He describes the pattern in the creation account (1) chaos of earth and waters (2) creation (3) commission of Adam as king for divine glory (4) Adam's sin (5) Adam's judgement and exile. This pattern Beale then identifies in the flood account: (1) chaos of earth and waters at flood (2) new creation (3) commission of Noah as new Adam for divine glory (4) new Adam's sin (5) judgement and exile throughout the earth at Babel (see pg59-60). I have found Beale an incredibly compelling read and he is certainly worth working through. Nevertheless, consider the Genesis account.

I first noticed the "decreationalness" of things in 7:17-24 (you should read it before you carry on and think about creation as you do so). I don't know whether the ark "floating on the face of the waters" is supposed to remind you of the Spirit's hovering but I think the connection is what made me look for more. Looking for more, I noticed a whole bunch of creation parallels. Firstly the reason for the flood is framed in creation language: "I will blot out man whom I have created ... from I am sorry that I have made them" (6:7). Animals sorted by kinds come onto the ark, as God created them. The sea covers the earth, the reversal of the time God had once gathered it, letting dry land appear. I mean really, everything dies in contrast to everything coming to life. The lynch pin for me though is in 8:16-17 where the recreational stuff comes to the fore and God says, as Noah is preparing to disembark, "Go out from the ark ... Bring out with you every living thing ... that they may swarm on the earth, and be fruitful and multiply on the earth" and then 9:1 "God blessed Noah and his sons and said to them ..." the creation mandate!

So although the flood is "decreational" in judgement it is recreational in purpose and I think that was evident in the movie. 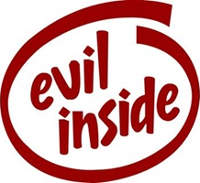 In an incredulously profound moment, Noah explains to his wife that the same evil that had plunged God's world into chaos and disaster was alive in him and indeed in everyone on the boat. Profound because Aronofsky's Noah has seen something that Joe Bloggs either can't or won't. Incredulous because in spite of the fact that it is a revelation, it is difficult for the viewer to truly believe (there is just too much love by this point in the movie).

This realisation shapes the primary motivation for Noah's character. Noah decides that he must prevent any human offspring from surviving in way that will enable procreation in the new world. This drives him down a path of homicidal insanity which works very hard at undermining all the gains made concerning as far as the justice of God. It is still a valuable point to take from the movie and Noah proves his case pointing out his own evil in his willingness to kill for his sons (although this point the audience would naturally think is an indicator of innate goodness rather than evil) and the base passions that in turn drive them (lust, for example - which is another passion not terribly concerning to our society).

The real weakness though at this point is that the viewer no longer sympathises with Noah and, as Nathan Lovell pointed out in his reflection, we sympathise more with the loving family members. That's what it's about after all, love (and the animals of course).

Christians, in my experience, make pretty poor audiences. On the one hand, we reject things because we don't like them or they don't fit our theological framework. On the other hand, we thoughtlessly embrace things we shouldn't in the name of art. It's worth reflecting on these things though so that we are better able to engage our culture. I wouldn't recommend Aronofsky's Noah but I would watch and discuss it with my Bible study again because the reasons for which we criticise things are as important as whether we reject or embrace them.

P. S. I am thinking about following this up with posts on (1) the good reasons to criticise this movie, (2) whether the biblical covenant with Noah has any value since God is going to destroy the world again anyway, (3) whether we can/should pity demons, (4) who the Nephilim were. So tell me if you're interested in one of them (or something else) and I'll write on that first.

« Once upon an Easter in Mzansi... How Aronofsky's Noah Misrepresents God, Man, and Sin »
comments powered by Disqus