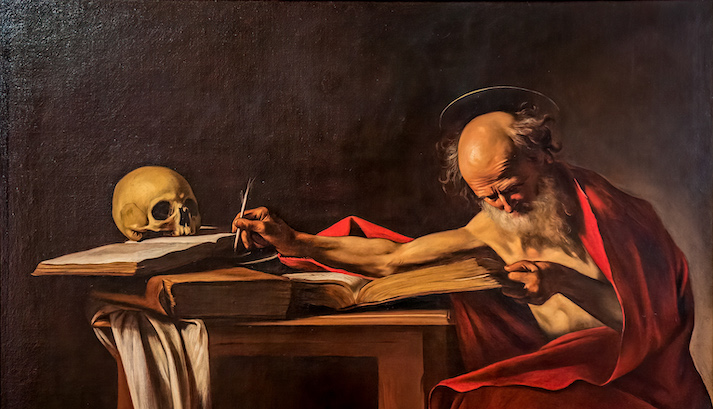 Two weeks back I began what I hope will be a series of short exhortations, addressing those engaged in theological training. Though my target audience for these posts are theological students, they are also relevant for lecturers, teachers, and writers. In the introductory post I challenged the idea that mere theological study is adequate to prepare Christians for leadership and ministry. For, both unwittingly and sometimes deliberately, theological institutes present biblical doctrine as truth to be stored in our heads rather than God’s truth for reshaping our hearts. Theological education cannot be divorced from Christian formation.

Of course, on occasion one might hear, as Michael Horton loves to remind us: doctrine is for discipleship (as well as doxology). And reflecting on my own time at theological college, I believed that. However, if you dug down a little it would have become apparent that I primarily saw my theological training as preparation to disciple others rather than being discipled myself. If our desire is to lead others, then we cannot separate study—least of all theological study—from growth in character, particularly our love for God and others.

Despite its brevity, no book has impacted my thinking in this area as much as Helmut Thielicke’s Little Exercise For Young Theologians. In the previous post I quoted him saying, “It is a commonplace we hear, and countless times have ourselves expressed, that theology has to do with life.” Similarly, the necessity of humility and related danger of pride for theological students is “commonplace.” But what does a humble pursuit of theology look like? At a more basic level, what is humility?

Since the relationship between pride and knowledge is well established (1 Corinthians 8:1), it is crucial that those attaining theological knowledge carefully consider the matter of pride, and make humility their ambition instead of theological acumen. For, at the risk of being repetitious, any proper theological training must at its core prioritise character over content. Fundamental to that character is humility. So what is it?

Perhaps we should start answering the question by considering what humility is not—since most theologians love an apophatic definition.

For starters, it isn’t self-aware. In other words, someone who embodies humility won’t go through the day remarking—even if only to themselves—how humble they are. As C. S. Lewis’ Screwtape writes, “All virtues are less formidable to us once the man is aware that he has them, but this is specially true of humility. Catch him at the moment when he is really poor in spirit and smuggle into his mind the gratifying reflection, ‘By Jove! I’m being humble,’ and almost immediately pride—pride at his own humility—will appear.” So, humility isn’t self-congratulatory. In fact, those who are genuinely humble will be taken aback when someone points it out to them.

Secondly, humility is not self-effacing or constantly deferring. Humble people won’t spend all their time trying to convince you they have nothing to boast about. This kind of constant deferral is ironically self-centred, a backhanded way of impressing others with your so-called humility. So while theology is about much more than what we know (content), humility doesn’t preclude dialogue—even debate. Humility doesn’t mean never wading into technical conversations, rather it informs why we want to and how we go about them. Studying theology entails a kind of knowledge. Never bringing that learning out to be tested and sharpened in theological discussions can therefore be disingenuous, the design not so much of humility as it is of desiring to appear so.

So humility doesn’t seek to draw attention to itself, whether this is through proud self-awareness or attention seeking deference. What is it, then?

Though there are many places to turn in defining humility—I’ve already quoted C. S. Lewis, there’s also the character of Jesus—I haven’t come across many better definitions than this one in Charitable Writing, by Gibson and Beitler III. They write, “Humility is the virtue that allows us to see not only our finitude and fallenness but also the goods of our communities. It allows us to recognise that we don’t have all the answers. It helps us to see the enormous contributions of others. For the humble person, dependence on others is not an embarrassment but a potential source of mutual benefit. Humility, in short, makes us teachable.”

According to Gibson and Beitler III, humility is a virtue demonstrated relationally. It is interpersonal or communal. I highlight this because there is a real temptation for the theological student—and perhaps even more so for the theologian—to blaze a trail, alone. Of course, you won’t get through theological college without studying the set and seminal works. But you could reach the end without recognising the “goods” of your community, eschewing “dependance on others.” This would not only be tragic but also a telling mark of pride. The humble theologian locates herself within community, learning from and leaning on others.

This goes hand in hand with being teachable, as we face “our finitude and fallenness.” Importantly, here we mustn’t forget that theological study is incomplete if it remains conceptual—Thielicke’s theological “commodities,” which we store in our heads. The Christian theologian is someone who fundamentally believes, or truly knows, that she doesn’t have all the answers; that he isn’t God’s priceless gift to the church or academy—that was Jesus. Being teachable isn’t about citing more sources in your theological writing. It’s a virtue, part of Christian character. Humility is seen in the readiness to listen to others, never forgetting that our hope for Christian theology is not ultimately greater learning but greater love. Such love is impossible when we proudly believe that others have nothing to teach us.

“Collapse Helpless Into the Weak Arms”

Pride has no place among God’s people, the community created and sustained by God’s gracious attention towards us. Too often the task of higher theological enquiry is exercised away from that community. This makes it easy for us to forget that we are first and foremost—all of us—benefactors of Christ’s humble love. That love, that splendid and gracious accommodation on God’s part, isn’t given so that we might smugly look down on the theological novice. Nor does a proper understanding of that love leave room for proudly individualistic theologian, forever teaching others while she remains unformed and aloof from the community God is saving and shaping.

As Augustine says, in his Confessions, “He brings down reliance on themselves, makes them weak as they look directly at the divine weakness, wearing the same ‘leather skin’ we do. They collapse helpless into the weak arms where power now surges to lift them on high.” As we so often read in the Bible that we purport to be mastering in our theological studies: God opposes the proud but gives grace to the humble (James 4:6; Proverbs 3:34).

« On Trinitarian Analogies: How God is Like an Atom Fridays With Fred: Studying Theology »
comments powered by Disqus