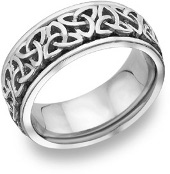 One of the most striking truths about the Christian God is that in him there is both unity and community. The formula we use is “one God, three persons, co-equal and co-eternal”. In other words, there is one God and yet; Father, Son and Spirit are distinct from one another but equally and eternally God. This means that within the Godhead there is perfect union because Father, Son and Spirit are perfectly united as one God but there is also perfect communion because Father, Son and Spirit are also distinct from one another and perfectly equal in terms of deity. It is a mind bending reality. Augustine, the great church father, once said of the Trinity, “Spend your life trying to understand it, and you will lose your mind; but deny it and you will lose your soul.”

Rightly, we want to understand our God to the best of our ability but popular attempts to simplify this difficult doctrine often amount to over-simplifications. We simplify the doctrine of the Trinity at the expense of its depth. When we lose equality, unity or community in the trinity, we have lost the grand significance of it. For this reason, we want to be nuanced and incisive. There are essentially three trinitarian heresies into which people fall and, in order to avoid them, we must understand them. It is to these we will now turn our attention. 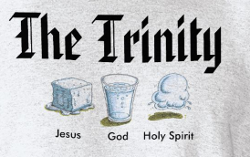 Frequently the Trinity is likened to water; a single element which appears as solid, liquid and gas – one substance, three modes. Another popular image is that of a man who is simultaneously father, son and husband; one man, three roles. Both of these images are fundamentally flawed, their flaw has been known in church history as “Modalism” (one God who appears in different modes). The problem of Modalism is that the plurality is artificial. A water molecule can never be solid, liquid and gas simultaneously and similarly a man who is father, son and husband does not have communion because he is only one man. The Christian God has community within himself and so does not need creation for communion. If God were as these analogies imagine him, he would need us to love and be loved. As it is though, active love is innate to God. God's love is not merely something he can comprehend or create, it is integral to who he is. This is because he exists in community as a Trinity. What's more, relationships on earth exist as echoes of the perfect community in the Godhead and Christian relationships here are being sanctified to be like the relationships of the Trinity; not absorbed into a singularity as Eastern mysticism imagines. The Trinity promises relationships that maintain distinction of persons while bringing them into intimate community. 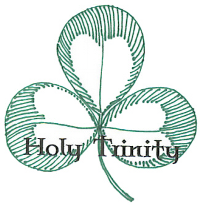 Through church history, not many people who have claimed to be Christian have argued that there are three gods simply because biblical evidence is so strongly contrary to this idea. Often though, in trying to avoid Modalism, we fall into Tritheism (the idea that there are three gods). This idea is tied to many attempts to describe the Trinity analogously; a three leaf clover, the parts of an egg or sections of a banana fail to teach the unity of God. Each part is only one third of the whole substance but the Father is not a third God who, together with the other two thirds (Son and Spirit), makes up one God. This idea is not one God but three gods a third of the size. The significance of viewing the Trinity in this way is that the intimacy of relationships is lost. On earth we are entirely distinct, marriage demonstrates the closest relationship we can know but even within marriage partners don't have perfect union and aren't perfectly known by one another. In contrast to this, the promise of the Christian doctrine of the Trinity is that the sanctification of Christian relationships will bring about perfect union and knowledge of one another which is why even the relationship of marriage will be surpassed in heaven. Tritheism undermines the unity to which the Trinity teaches Christians can look as they long to enjoy intimacy knowing and being known by one another. 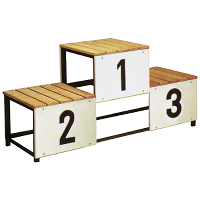 It is very tempting to imagine the Father as the supreme God who commands his subordinates; Jesus and the Holy Spirit. Sometimes the Trinity is described as a business run by a CEO (the Father) who is assisted by a director and a manager (the Son and the Spirit). Here we undermine the equality of each member of the Trinity and imply that the Father is greater or more God than the Son or the Spirit, this has been termed “Subordinationism”. As in Modalism and Tritheism, losing equality within the Godhead has significant bearing on relationships. The feminist movement comes loaded with unhelpful baggage but is built on one sound truth: women and men are equal. This truth is rooted in the equality within the Trinity; the Son submits to the Father freely and though equal with him, obeys the Father. This relationship is not reciprocal; the Father does not obey the Son yet, there is mutual glorification as the Son glorifies the Father and the Father the Son. This is to describe only one relationship in the Godhead but the same is true with the Holy Spirit. Equality and submission within the Trinity shows us what relationships on earth should look like and gives hope for redeemed relationships in eternity. Subordination in the Trinity offers no rebuke to chauvinism but equality within the Trinity protects every individual as equal without undermining the qualities of submission and headship.

We began by noting the fact that perfect communion is exhibited in the very nature of God and outlining three fundamental truths about the Trinity. Namely, the three members – Father, Son and Holy Spirit – are (1) in perfect unity, (2) perfectly distinct and (3) co-equal and co-eternal. We then looked at three basic heresies through church history which have denied each of these truths and saw their impact on relationships within the Trinity. We extended these implications to relationships on earth to see the significance of each heresy.

Of course, the Trinity should be believed because it is taught by the Bible but hopefully this brief discourse has given ample evidence in support of the necessity of the Trinity to human relationships. This provides Christians with unique insight into relationships in the world as well as cause to hold firmly to the Christian doctrine of a Triune God.

« Take the blog out of your own eye Book Reflection: Drops Like Stars »
comments powered by Disqus