Exodus: The Journey of God 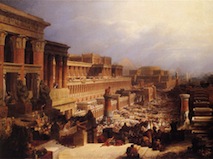 In his magnificent work on the Pentateuch, The Five Books of Moses, Robert Alter notes that the reader experiences a distancing from God in the book of Exodus. He argues there is a regression as we move from Genesis for, “God in Exodus has become essentially unseeable, overpowering, and awesomely refulgent” (p301). God has become an ungraspable mystery and the salient aspects of the divine character emerge as sheer power, supremacy and implacability against those who would thwart him (p302). When I wrote this paper at college my aim was to demonstrate that Alter, despite being one of the most outstanding narrative critics alive, is mistaken at this point. I will argue that the presence of God is in fact the central theme developed in Exodus. Terence Fretheim, in his Interpretation commentary, offers a contrary tale to Alter’s, which I am convinced is told in Exodus: "the journey of God." Fretheim's thesis can be summarised like this: Exodus advances from an oppressive situation in which God's presence is hardly noted to Yahweh’s filling the scene at the completion of the tabernacle. Moving through the narrative, we see God moving towards his people, culminating with his glorious presence at the tabernacle.

The problem is Exodus’ complex genre, for while it possesses a narrative framework its latter half is dominated by voluminous laws, liturgical practises and vast architectural details. In order to make sense of these elements, which appear irrelevant to the modern reader, we must maintin a narrative framework. If Fretheim is right, we can understand these aspects as contributing to the overall destination of the book, rich communion between Yahweh and his chosen people. So with the hope of placing and interpreting all the events and elements of Exodus, we turn to the book and ask if Fretheim’s “journey of God” is really the key theme in Exodus.

Exodus 1-18: Liberation from slavery through salvation for service 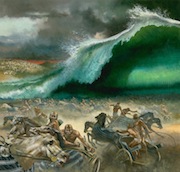 As we set off in Exodus we meet Israel, who are experiencing staggering posterity despite their suffering and oppression in a foreign land; this is by God’s preservation and faithfulness to the patriarchal promises. Thus the promises made by God to Abraham must also be kept clearly in view, for they are interwoven into Exodus. But Israel’s situation in Egypt does not square with the promises and while they languish under oppression it seems as though God is absent or disinterested with his people. But as we move through the first half of Exodus we cannot deny the narrative’s momentum tends steadily toward Israel’s establishment as God’s nation at Sinai. Yahweh determines to free them from their enforced ‘service’ of Pharaoh for ‘service’ of Yahweh (the same Hebrew word is found in 1:13-14 and 3:12). Fretheim picks up on this arc, slavery to worship, stating it reveals the central theme of the narrative (p20). While Israel longs for political liberation, what Yahweh desires for his people is liberation for worship and service. Yahweh’s personal disclosure to Moses, which finds its terminus in revelation to the nation at Sinai, is paramount to his desire for genuine relationship.

Beyond hearing their cry and remembering his covenant with them (Exodus 2:23-24), Yahweh knew their suffering (2:25; 3:7), and came down (3:8). Yahweh reveals his name, history and purposes to Moses – before achieving their liberation – and this suggests that Yahweh is coming nearer. Obviously the presence of Yahweh is predominantly mediated by Moses. Once Yahweh has liberated Israel, defeated Pharaoh they leave Egypt being led by Yahweh (Exodus 13:18, 22). And this presence, which finally destroys Pharaoh at the Red Sea crossing, is celebrated in song (Exodus 15). Note that Moses’ song climaxes with the hope of establishment on Yahweh’s “own mountain”, not Canaan (Exodus 15:17-18). Israel celebrates Yahweh’s powerful presence with them to save; and the promise of an even greater presence, denoting rest in the future. Israel then set off on three months in the wildness. Here freedom from Egypt and their new obligations are realised and Moses’ leadership is further authenticated. Before moving on we should notice the often overlooked promise from Jethro in Exodus 18:20, 23. Following his own calling on Yahweh’s name he assures them that Yahweh will be with them. Moses is also released from seeing to smaller matters so that he can continue as Yahweh’s mediator, bringing Israel closer to the presence of God.

If the theme that drives Exodus is the forging of the relationship between Yahweh and his people, then Exodus 1-18 essentially traces the beginning of this relationship. He reveals himself personally to them, defeats their enemy, leads them through the wilderness while providing for them, and preserves Moses as their mediator. 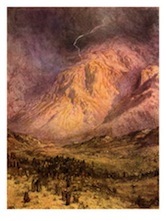 helpful way to get around placing Exodus 19 in the narrative structure is to deal with the chapter as a hinge. I suggest this because it presents both broad panels of Exodus: Yahweh delivered Israel from Egypt (19:4) and Yahweh gives Israel Torah enabling them to realise their unique vocation to the nations (19:5-6). Moses is authenticated (19:9) and acts as the mediator of the covenant between Yahweh and the newly liberated Israel. Previously Yahweh’s relationship with Israel was exclusive and at most demanding, from here on in we see it is regulated, mediated and sanctuary-centred (Moberly p104, The Old Testament of the Old Testament). Yahweh has liberated his people for relationship with him, but this relationship must be carried out exclusively on his terms.

While Exodus 1-19 is a compelling story that moves from enslavement to liberation and finally epiphany, the climax is a set of boring legal injuctions and by no means a page turner. It seems not only to fail the potential and momentum gained with the first half of the narrative but does not grip the reader in any exciting way. Alter emphasises that Sinai and the law is in no way anticlimactic, for it is there we meet the newly established nation of Israel, who are addressed in their entirety, as individuals, with the keenest sense of urgency (p303). So in our treatment of Exodus as a complete narrative we must ask why the author (and editors) located this voluminous, at times boring, set of instructions here. More importantly we must ask how they contribute to our theme of God’s increasing presence with Israel.

Fretheim believes all that happens at Sinai supports our central theme since theophany, law-giving and covenant-making all concern worship and indicate the presence of God (p21). It is hard to ignore the reiteration through repetition that Moses serves as a mediator between Yahweh and Israel at Sinai. Moses communicates Yahweh’s instructions to the people and their responses to him. But in contrast to his mediatorial role to Pharaoh, here a relational covenant is established between Yahweh and the people. The distance between Yahweh and Israel is not simply closed but the cutting of the covenant is a development of relationship, and Yahweh’s journey nearer to his people. We often speak of Israel as a nation set apart, and with the ratification of the covenant Israel is defined by its holiness and obedience to moral law, like no other nation. 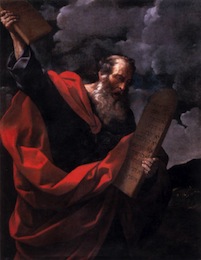 Furthermore it is the covenant which qualifies Israel as those who can construct the tabernacle, the space to meet with and worship Yahweh. Law is thus integrated into Israel’s life and journey, seen in the arrangment of material shifting repeatedly between narrative and injunction. This is a start towards understanding both law and covenant in personal and relational terms. Yahweh provides instruction that will result in the best life for his people. It will contribute to their sanctification, being set apart from the nations, in order that the name of Yahweh is proclaimed. Obedience to the commandments is demanding but it will make Israel the upright people they were saved to be. The commandments were given to test Israel (20:20), cultivating fear of Yahweh and diminishing their sin. Prior to the ratification of the covenant Moses was the sole mediator, the only one who saw Yahweh, but now Israel’s representatives meet with Yahweh too (24:10). Again, I would suggest in conclusion that we are seeing new avenues for access to Yahweh and an increasing openness to the people of Israel, which will reach its climax in the tabernacle.

Exodus 25-40: The tabernacle, appropriate worship and the presence of Yahweh

We learn as we move into this last major section of narrative that the tabernacle’s purpose is to be a dwelling place for Yahweh (25:8), and that is realised when we come to the end of our story (40:34-38). At Sinai even though Yahweh was imminent (19:3) he was also transcendent (19:9, 11, 16, 18-19; 20:21). But this final movement of the narrative concludes with Yahweh’s presence amidst his people. The tabernacle represents the God who was far off setting up his presence at the heart of the people. Fretheim (1991:21) goes as far as calling the tabernacle Israel’s ‘community worship centre’ (p21). The tabernacle is a manmade sphere where Yahweh can meet with and dwell amongst his people. Though built by human hands, the tabernacle, and this last narrative section, strongly impresses on the reader that the Israelite faith is not manmade. In his essay, Heaven on Earth, in Exploring Exodus, Barry Webb argues that the tabernacle is the repository of the law (see 40:20) and therefore represents the revealed religion of Yahweh, and his initiative to meet with his people.

Tying this all together the author of Exodus placed the golden calf incident and its ramifications – Moses’ interceding for Israel and the reinstatement of the covenant – as the focal point of a massive chiasm. That serves as an example of inappropriate worship, in contrast to obedience to the law and worship at God’s prescribed tabernacle; to quote Fretheim, “Certain negative possibilities are rejected, while positive directions are encouraged and commanded” (p21). Fretheim, along with Waltke, go further and argue that the narrative also shows us that only the faithful will fellowship with Yahweh in the tabernacle. Inappropriate worship drives Yahweh away, and the reinstatement of the covenant does not only promise God’s presence with his people but reminds them that they meet him on his terms. 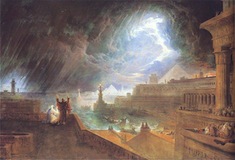 Tracing our path through the narrative we see the longed after liberation was given, the nation constituted under Yahweh, and God’s presence richly though not fully realised in Exodus. Much is (rightly) made of deliverance from slavery through salvation for service, in the narrative. Yahweh comes true to his promises and is faithful to them. But with the story leading us into the cul de sac of law, covenant and tabernacle we need to assess the book’s aim. It is not enough to make our basic point the shift from alien oppression into freedom and obedient service without asking why reams of regulations are given. And the answer is that Yahweh has come to his people. Our story is significantly advanced from this point in history, but for the Israelites at Sinai the narrative is emphatic that Yahweh’s journey has brought him into their midst. So much is made of how Israel should worship and behave, because the God who was seemingly absent has made himself present at the tabernacle. With this narrative arc of the entire book in mind we can make sense of the difficult and dull elements of Exodus: they are regulations for their relationship with Yahweh in their midst. His holiness demands that the people are themselves holy, for his presence is a consuming fire.

« Allegory in Our Reading of Exodus 3 Doodle: Resurrection Bodies and The Silmarillion »
comments powered by Disqus